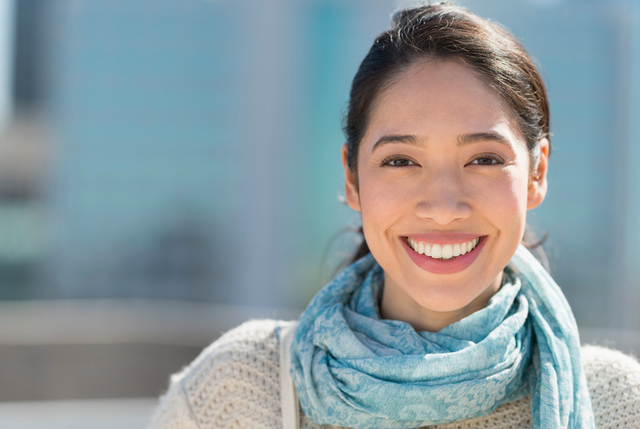 The 3 Keys to Happiness: Science Supports What Church Leaders Have Said All Along

The latest scientific research on happiness supports and validates God's plan of happiness. Read on to learn what the three C's of happiness are and how they relate to the gospel.

During the last decade, advancements in all fields of scientific research have been quite remarkable. With the development of brain imaging equipment, scientists have been able to determine which parts of the brain control certain of our emotions or responses. It seems that the “happiness center” of the brain is located in the right forward quadrant. This knowledge, coupled with research studies conducted over a long period of time, has allowed researchers to have a reasonably good idea of what happiness is not about and gives insight into what it is about. The findings reinforce what we intuitively sense. I know this may alarm some scientists, but these findings sound as though they were taken directly from the words of God and His gospel plan.

The research tells us that happiness is not about money, although most assume that it is in large measure. It seems that after we have money sufficient to meet our basic needs, it doesn’t make us happy; it just makes us feel that more money will make us happier. Happiness isn’t found in pursuits of excessive pleasure or even in achieving fame. A relentless pursuit of activities or substances seems to magnify unhappiness rather than alleviate it. The words of Alma are well worth remembering: “Wickedness never was happiness” (Alma 41:10). Fame, unless derived from meaningful activity and worthy goals, rings very hollow indeed.

In sorting through all this research, I have concluded that there are three elements that contribute to happiness:

The element that comes up number one on the happiness charts is having some control over one’s life. It seems that humans come “hardwired” this way. The reason for such wiring becomes apparent as we understand that this opportunity to control our behavior and therefore, to some extent, to control the outcome of our actions is key to that agency we fought for in heaven. Those who feel powerless to choose and act feel quite hopeless, a condition which is the antithesis of happiness.

Studies show that children as young as six months seem happiest, smile most often, and cry the least when they have some control over their environment. This was measured by activity that allowed these infants, by their motions, to bring images to a screen. The children quickly learned which motions made the pictures appear, and their pleasure was obvious and was so recorded. When this ability to control their environment was taken from them, they were most unhappy. Even when someone else flashed these same images on the screen for them, the infants were not content. After once knowing this control, they were unhappy when it was taken from them.

Hand in glove with the concept of control is the concept of empowerment: that permission given to us by others, or by ourselves, to act in ways we perceive as positive and to our benefit. Central to the personalities of those who described themselves as happy was a sense of optimism and a belief in self. Without confidence in yourself, an inner belief that you can make things better or that things will work out, depression gains a foothold. This confidence—having this belief in self and in one’s ability to do or act—is even more important than having specific skills, because of the attendant empowerment such belief carries with it. When life is perceived as good, it seems one can call upon hidden resources and abilities.

My father’s office walls were covered with credos. As a young girl, I loved sitting on my special stool, memorizing and reflecting in my childlike way on what those “sayings” meant. One of my favorites was: “To believe yourself able has the greatest affinity to being able.” I asked him over and over to explain it to me. He carefully talked me through examples of how I could call on inner resources if I would just believe they were there. If I believed I could do it, and acted as if I could do it, I would develop the skills to do what it was I wanted to do. My first experience at testing this theory came when as a young girl I accompanied him on the rounds of his rather public life. I was expected to know how to greet people and to have something to say. I was treated as an equal and was expected to behave as an appropriate companion.

Though mine was a shy and very private nature, over time I was able to go out with him, meet people, act as a contributor, forget my own inadequacies, and take an interest in those we met. Over a period of years, I found that I could not only do that but that I took pleasure in these experiences. Though still of a very private nature, I have found an ability to function in the public arena because of this belief. That’s what empowerment is all about. And more often than not it is the individual, rather than life, that denies his or her own abilities and therefore limits his or her happiness.

The happiest people in these studies were those who had faith in a power higher than themselves. There was a real correlation between a belief in God and in expressed personal happiness. People who gleaned from such a belief a clear picture of their reason for being and who accepted the principles inherent therein as their code of conduct topped the happiness scale. These people were able to articulate the source of their happiness and to look to the future with hope, even during the bleak times. This being true, we who fully embrace the gospel and trust in and practice its principles are already several rungs up on the happiness ladder, for joy and righteousness are inseparably connected.

Elder Neal A. Maxwell advises, “One seldom-mentioned reason for keeping the commandments is that we then become genuinely happier with ourselves. Otherwise, if unhappy with ourselves, the grim tendency is to pass our misery on, or at least to allow it to cloud and even diminish the lives of others who must put up with us.”

► You'll also like: Get Happy: 10 Strategies for a More Joyful Life

Along with a personal relationship with God, close human relationships were absolute predictors of happiness and the lack of close relationships a predictor of unhappiness. There is an intense human need to have in our lives others whom we love, others whose joys and sorrows we share and who share ours, others to touch, to hold, to hope for, and to work for. Beyond this there was a need to be engaged in active friendships, to be involved in shared projects and shared causes. Those who know but do not understand say simply, “Man is a social animal.” Those who do understand know that the layers of our need run so deep and spring from a source so divine that to relegate them to mere sociability is to diminish one’s nature.

Lastly, researchers found inactivity to be an absolute predictor of unhappiness. Our daily conduct must be directed to challenging, meaningful activity. Work and its attendant blessings are a gift from God. Without such activity, no matter the age, depression becomes a constant companion. With purpose-directed activity, people of all ages, from the very young to the very old, expressed about the same degree of happiness. The ideal activity provides one with a challenge, a hope for accomplishment, and a feeling of being needed.

You may be familiar with the life of the great inventor Thomas Alva Edison, who worked with little rest for most of his life. In the early years, his experiments were not successful and sustenance was meager. He barely noticed, so totally absorbed was he in the challenge and in the pursuit of his dreams. His wife believed in him and did her best to keep up her part of the vineyard, scanty though the fruit. In later years, with success achieved, his wife delightedly gifted him with two weeks to go anywhere he would like in the world. He thanked her for such a lovely gift, for making it possible for him to have two undisturbed weeks in his laboratory!

Work does not always mean frenetic activity. Sometimes the most important work you can do is rocking a child, assisting in the search for a four-leafed clover, watching a child show off her roller blade prowess, holding the hand of a friend or of one you love, or finding the beauty in the clouds of a windswept sky.

► You'll also like: 9 Ways Being Happy Will Improve Your Life

Work can also give us reprieve from other of life’s refining fires. Beverly Sill, the great opera singer and later director of New York’s Metropolitan Opera, spoke of the therapeutic nature of her singing. She noted that for three hours she had no troubles because she knew how it was all going to come out. I came to know, as I worked with Ms. Sills on several occasions, something of those troubles to which she referred. This glamorous and talented woman, gifted with one of the most glorious voices of the twentieth century, had longed for children. She had looked forward to singing lullabies to them and sharing with them the joys and beauties of her world of opera. Yet one child was born deaf, the other precious child, severely retarded. Life is so often filled with such ironies. I know women who find a similarly therapeutic outlet in their cooking, decorating, reading, or writing. One of my friends, after 15-hour days, is often found, by lamplight, working in her extraordinary garden. I have a 90-year-young sister whose hands are never idle. She finds her release in her gloriously creative knitting and crocheting, which she gives to the needy, the homeless, and the newly born.

Tied to the principle of activity is our own sense of our higher self. Our conduct needs to be in tune with our own moral code, in tune with who we believe we are at our very core. Happiness comes most often when the spirit and body are attuned. “For man is spirit. The elements are eternal, and spirit and element, inseparably connected, receive a fullness of joy” (D&C 93:33).

Living in this sphere, as eternal spirits embodied in mortal tabernacles, and possessing a gospel perspective, we have every reason to experience absolute happiness.

Learn more about God's plan of happiness, coping with trials, and nurturing our souls in Eve and the Mortal Journey. Available at Deseret Book stores and deseretbook.com. 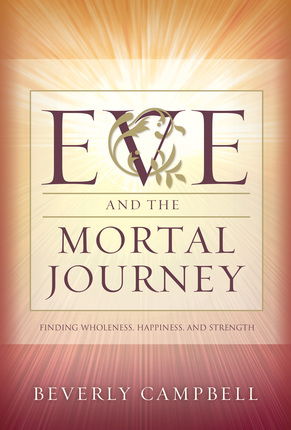 The story of Eve does not end in the Garden of Eden, nor does the example we can draw from her experience. In this companion volume to Eve and the Choice Made in Eden, Beverly Campbell examines the lessons from Eve's mortal journey and suggests practical applications for our own paths and choices in life. The book includes chapters on seeking a personal connection with God, applying the principles of the Plan of Happiness on a daily basis, defining and working within the seasons of lives, coping with inevitable trials, giving and receiving love, and creating sacred spaces where our souls can be nurtured.