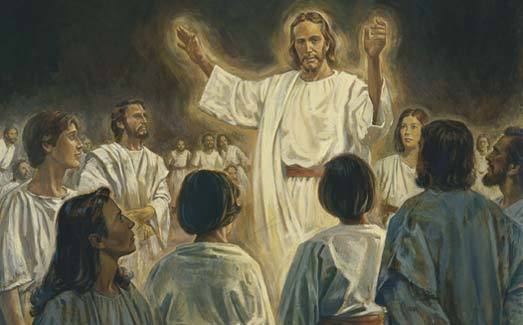 My grandma was in a coma for nearly 10 days. She had flatlined a few times and doctors said that things were not looking good.

It’s interesting how when someone is so close to death, memories of their life begin to flood your mind. I remembered her teaching me to let my little sister win at Go Fish, or her waking up an hour early to grind fresh wheat for her famous homemade pancakes after a cousin sleepover, or her gathering the family and making everyone say something nice about each person on their birthday (during family reunions these “Nice Talk” sessions could last a few hours).

But it wasn’t just what she did when everyone was around; it was the countless personal letters of encouragement, or the call right when I needed it, or simply pulling me aside to let me know that she thought I was special.

She just had a way of making everyone feel loved and helping us keep perspective. Everything she did was to bless others. Let’s put it this way—if she doesn’t make it into heaven, I’m quitting now because no one will!

She was the glue of my family and truly a best friend to me. So upon hearing the news that she wouldn’t live much longer, my heart broke. As I had done the previous 10 days, I made the hour-long drive to the hospital to be there—maybe for her, maybe for my family members, or maybe just for me, I’m not sure. But there I was, in her hospital room when all of a sudden—she woke up!

She was weak and her mouth was very dry from the ventilator, but she could whisper just enough to talk; only a few belabored words per breath.

She asked me about my wife. At the time, I was single—super single.

Upon hearing that I wasn’t married, she informed me that she knew my wife and that the woman I would marry was very beautiful and kind and that I was going to be very lucky. I tried in vain to get a name or address, but now, almost eight years later, I wonder if she knew just how right she would be.

After talking about other things for a few minutes, though, I asked her, “Grandma, where have you been these last 10 days?”

She proceeded to tell me about the life after death so casually and candidly that I found myself in near shock. She told me about her mother and mother-in-law and how other members of the family were doing who had long since passed. She had everything in her travelogue except pictures. Then came the part that changed my life forever.

“Zack, I was sent back with a very important message.”

She raised and slowly curled her index finger beckoning me closer.

I put my ear right near her lips and she uttered three profoundly simple words she’d brought back from beyond the grave.

I pulled back to see a smile of accomplishment on her drained face. She had completed her task. “Zack,” she said, “will you follow the Spirit?”

In a tender moment of honesty, I couldn’t lie. “Grandma,” I said as tears started to swell in my eyes, realizing that this might be the last conversation we would ever have, “I sure will try.”

She pulled me in for a kiss and said, “Now I am too sick. You have to help me tell the whole world.” I gave her my word to do my best, and she slipped back into a coma for the next 30 days.

I visited her frequently, but on day 40 of her being in the ICU, the family was gathered around taking turns holding her hand, comforting each other, and trying to figure out what to do next. We were out of options. It was in the bustle of this hospital room that I walked to my grandmother’s side and touched her hand. She suddenly took a large gasp of air, as though shocked by electricity, and opened her eyes.

She looked at me with a stare that seemed to say, “Don’t forget.” I nodded in acknowledgment and a peaceful smile formed onto her face before swiftly melting into exhaustion.

“Grandma,” I said, “are you tired?” With still eyes she nodded and gently squeezed my hand. “You can go to sleep now,” I said. “We’re all okay.”

An hour later, I got the phone call. The funeral was that weekend.

As I think back, I have been impressed that of everything that could have been said, she told me to follow the Spirit. How simple. How profound. It reminds me of Brigham Young’s dream after the martyrdom of Joseph Smith, in which Brother Joseph appeared to him and said, “Tell the brethren that if they will follow the Spirit of the Lord, they will go right”” (Teachings of the Prophet: Brigham Young, chapter 6).

I pray that we each will look for ways in our life to heed this message. Let us ask ourselves: What can I do to simplify the loud voices and hear the whispers of the Spirit? What are we willing to sacrifice to spend a little more time getting to know the voice of God? How can we do this today?

I know that every day and with every prayer, God has a message for you. It might not come through a dying grandmother, but it can and will come through the Spirit. The question isn’t if God is speaking, but if we are listening.

So let’s commit to spending a few more minutes on our prayers.

Let’s try to do a little bit more to think of Christ throughout the day.

And if you can help me keep a promise to my grandma, let’s share this message with the world.

Zack Oates is an entrepreneur, newly minted husband, hot tubber, and blogger (but not in that order, necessarily). He lived in Ukraine for two years serving an LDS mission and started a nonprofit in 2008 called Courage to Hope, which works with victims of domestic violence. After working at an ad agency in NYC, he founded his first company. Four years later, he sold that startup and returned to BYU for his MBA. He has been a founder of five other startups, rung the NASDAQ bell, has been to 30 countries across 6 continents and currently lives in Dallas with his wife working as a business consultant for fortune 50 companies. Watch for his upcoming book, Dating Never Works. . .Until It Does, this December or check out his blog, bowlofoates.com.

Read the rest of this story at ldsliving.com