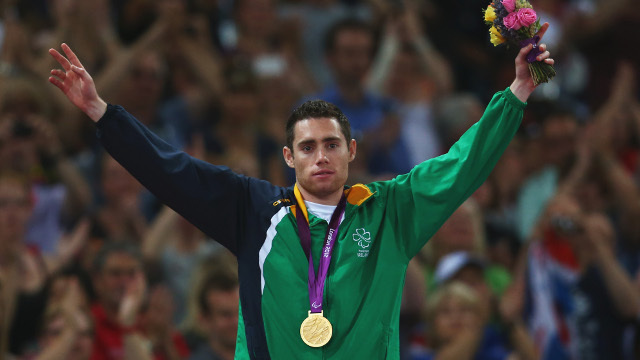 Four times Paralympic Champion, Jason Smyth, is hoping to add to his collection of gold medals at this year's games in Rio 2016 Olympic and Paralympic Games. Named "the fastest Paralympian on the planet" following his 10.22 second 100 meter sprint in the London 2012 games, he is working hard to ensure he keeps his title.

A native of Derry in Northern Ireland, Jason now lives in London where he trains 5-6 hours a day, six days a week, to not only prepare for the Paralympic Games but to also fulfil his dream of competing in the Olympic Games.

Diagnosed at the age of eight with Stargardt Disease - a condition that causes a reduction in central and detailed vision - Jason is determined not to allow his disability to hold him back. "Setting my sights high keeps me focused and drives me each day to improve," he says. "I want to be the very best and show others that there are no limits to what can be achieved."