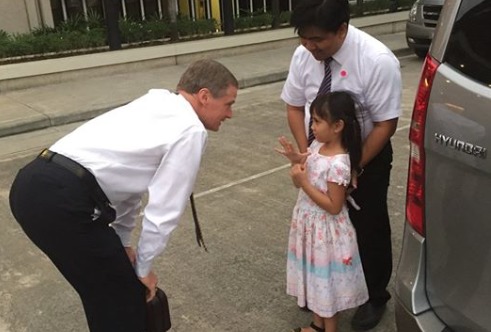 The 5-Word Phrase That Inspired Elder Bednar, One He Asked Us All to Remember

It's easy to get caught up in thinking about what we don't have and what we want, but some members in the Philippines are thinking of something else instead—gratitude for what they have now.

While on a recent assignment to the Philippines, Elder Bednar says he was touched by a five-word phrase the members used often: "We are so much thankful."

After posting about his experience on Facebook, Elder Bednar challenged members everywhere to also express their appreciation for the blessings they have.

I recently have been blessed to learn from a remarkable group of people who exemplify true humility, gratitude, resiliency, and love of God.

During an assignment in the Philippines, I was uplifted by the spiritual strength of these faithful people—but I was especially touched by a five-word phrase I heard multiple times during my visit: “We are so much thankful.”

Their expressions of gratitude were endearing and genuine. I invite each of us to consider the blessings for which we are “so much thankful” in our own lives and express appreciation to our Father in Heaven in sincere ways—just as I saw and heard from those devoted Saints in the Philippines.