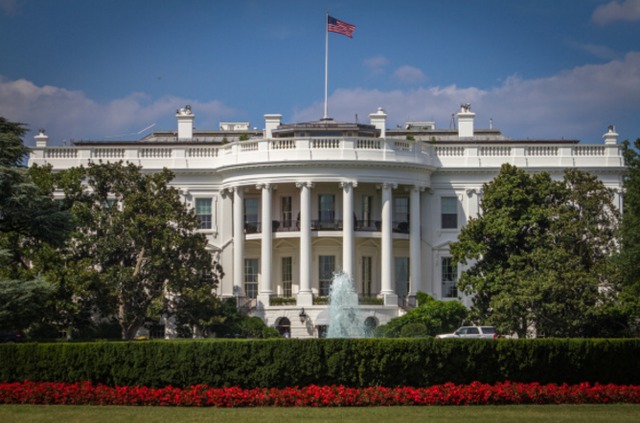 The Apostle Who Honeymooned at the White House

In addition to being a businessman and an apostle in the Quorum of the Twelve Apostles, Reed Smoot became a U.S. senator in 1903, serving for 30 years.

With such a long list of responsibilities, let's just say it's likely Smoot excelled at multitasking. But, despite his prominent position, Smoot's service in the U.S. senate was not without controversy. His close ties to the Church at his election reawakened anti-Mormon sentiments across the nation. Within the first year of his election, protesting citizens sent in 3,100 petitions to Washington D.C. 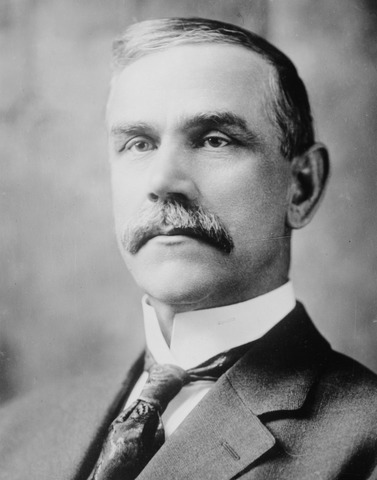 What followed was a senate investigation called the Smoot Hearings that lasted four years and put Reed Smoot and the Church under scrutiny, dragging into the limelight questions of the Church's past and present, including polygamy.

However, Smoot's unreproachable character and the support he received from President Theodore Roosevelt caused the senate to vote for Smoot to maintain his seat. What followed were many years of Smoot helping shape a more positive image for the Church.

The apostle and his new bride had planned a honeymoon to Honolulu. However, President Herbert Hoover asked the apostle and senator to return to Washington D.C. to vote on the London Naval Treaty. 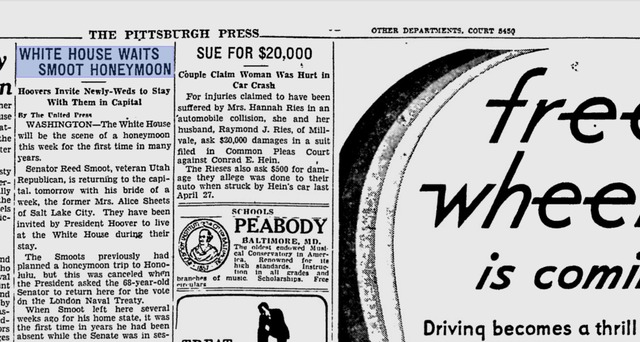 Smoot did as the president requested, delaying his honeymoon with his brand-new wife. As a sign of his appreciation, President Hoover invited Reed and Alice Smoot to honeymoon at the White House for two weeks. The couple was even given a wedding breakfast where the President gave a toast—using water, of course.