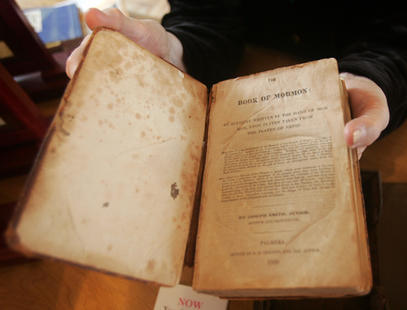 The Book of Mormon Wasn't What They Expected: One Early Critics' Incredible Conversion

When his wife convinced him to give the Book of Mormon a second chance, one of the book's earliest and harshest critics quickly had a change of heart that would have a lasting impact on the Church.

Even before publication of the Book of Mormon in March 1830, most people knew what to expect from “that spindle shanked ignoramus Jo Smith,” as Abner Cole would shortly describe him. And opinions didn’t change after it actually appeared.

When Samuel Smith placed a copy with him in the summer of 1830, the Methodist preacher John P. Greene quickly dismissed it as a “nonsensical fable.” It was a “miserable production,” sniffed the Ashtabula (Ohio) Journal in 1831.

On The Church of Jesus Christ of Latter-day Saints’ first birthday — April 6, 1831 — the editors of the Brockport (New York) Free Press pronounced the Book of Mormon “a fiction of hobgoblins and bugbears.” The volume is “a bungling and stupid production,” said the Religious Herald in 1840. And, in their 1841 "Historical Collections of the State of New York," John W. Barber and Henry Howe described it as “mostly a blind mass of words … without much of a leading plan or design. It is in fact such a production as might be expected from a person of Smith’s abilities and turn of mind.”