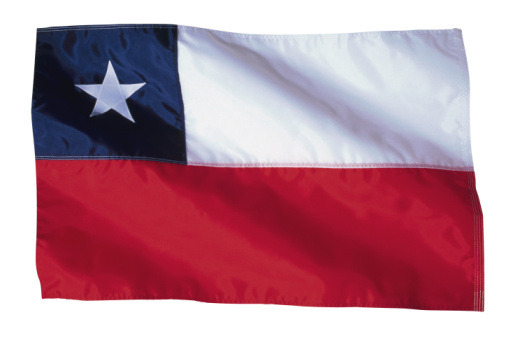 The Chilean miners: A story of survival and hope

Today the world watches in anticipation as thirty-three Chilean miners are to be rescued from a ten-week long entrapment in the San Jose Mine. Anticipation and celebration have erupted in Camp Hope where the miners’ families have been awaiting the safe arrival of the men.

On August 5th, 2010 the Chilean miners got trapped in the mine in the Atacama region of northern Chile. A rescue team of 130 workers was immediately sent in to help recover the men, only to face a setback as another portion of the mine caved in, causing the miners to be trapped 2, 300 feet underground.

For seventeen days, the miners had no contact with the outside world until the rescuers were able to send down a probe with food and supplies. On this day, the miners were also able to send a note to their families and loved: “We are fine in the shelter, the 33 of us.”

Three drilling plans were created which angled the drills at different portions of the mine to see which plan could drill a hole big enough to fit a rescue cage into the shaft to transport the miners to the surface. As the drills began digging, officials began to focus on the health and psychological affects the miners would face.

This would mark the beginning of what would become a ten-week rescue effort.

In order to help the miners live more comfortably, the government sent down items like playing cards, religious figurines and a Chilean flag. Communication lines were set up to allow the miners to have direct communication with their families, to send video messages of what life is like in the mine and to watch the Chilean soccer team play against the Ukraine.

The situation of the Chilean miners is truly unique. Although most of the miners seem to be content and hopeful in their current situation, there is no telling what long-term psychological and mental effects will be faced when they get out.

“The situation of the miners is similar to that of prisoners of war where their captors would deprive them of human contact and natural light,” said Dr. Elia Gourgouris, a noted LDS psychologists and disaster survival coach. “But the one thing [the miners] have going for them is that they are in it together . . . and they have contact to the outside world, so they are able to talk and communicate, and that helps them a lot.”

Dr. Gourgouris believes the miners who are mentally and spiritually strong, with a close connection to God, will probably be better off after the rescue.

“I’m sure there are some who are naturally stronger than others and can offer hope amongst the miners,” Gourgouris said. “The [miners] who will do the best [mentally] will be those that served others within the group. There are givers and takers in life and those that give tend to do mentally better in life. . . . It’s like the savior taught. You lose yourself in service for others, and in essence, you forget yourself.”

This has been proven in the Chilean mine where men like Mario Gomez and Victor Segovia have stepped up as a religious leader and a scribe.

A sense of renewal came to the miners when trapped miner Ariel Ticcona’s daughter was born. She was named Esperanza—a Spanish word for hope. This event stood as proof that life continues on the outside world and reassures the miners they too can move on from the traumatic event when they are rescued.

“The human spirit is resilient and these guys are truly survivors,” Dr. Gourgouris said. “I know we throw that phrase around a lot in modern language, but in their case it is truly amazing, remarkable, actually.”

The story of the Chilean miners has taught the world of courage and hope, and will not soon be forgotten.