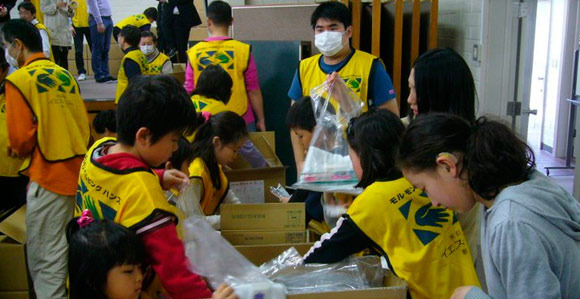 The Church Is Reaching Out and Helping

One year after a horrific earthquake and tsunami, prominent signs standing amid the miles and miles of devastation and destruction in Japan’s Miyagi prefecture send a one-word message of the resiliency of the people: Ganbaru, which means “hold out, stand firm, and hang in there.”

It is the same message the Church sent over and over again as it distributed immediate relief supplies after the disaster and, 12 months later, continues to support recovery efforts in the country.

Natural disasters across the globe, including the Japan quake, made 2011 the costliest year of disasters on record, according to a report issued by LDS Welfare Services. The first six months of 2011 alone saw $265 billion in economic losses—well above the previous record of $220 billion from 2005, when Hurricane Katrina struck the United States’ Gulf Coast.