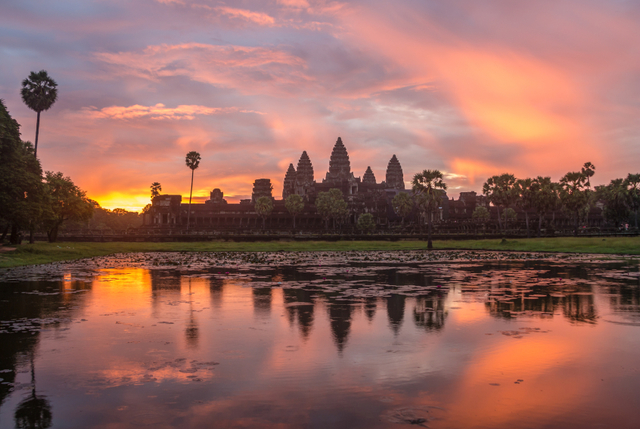 Cambodian Woman Prays to Feed Missionaries, Finds $5 + Other Miracles from the Saints in Cambodia

“It is wonderful to see the growth of the Church in this land,” Ouk told LDS Church News. “The Lord loves us and is greatly blessing us.”

Four of the five former Cambodia mission presidents and their wives were in attendance that day, including David and Myrna Towers, who relished the moment.

“We were excited to get word about those stakes,” says David Towers, who presided over the Cambodia Phnom Penh Mission from 2003 to 2006. “It was a grand time, a huge celebration of the Church being in Cambodia for 20 years.”

Since the Church was granted legal recognition in 1994, membership in Cambodia has ballooned to over 12,200 members.

But 40 years ago in Cambodia, there weren’t many grand celebrations to speak of.

The 1970s were a time of great political unrest and tragedy for Cambodia. Communist dictator Pol Pot and his Khmer Rouge soldiers killed close to 2 million Cambodians (more than 21 percent of the population) from 1975 to 1979.

During this time, many families were driven from their homes and torn apart. Loy Bunseak, who was 9 years old in 1975, was one of millions taken and forced to work in the rice fields. He lost both his parents and five of his eight siblings, but Loy managed to survive by simply relying on hope.

Years after his torturous time in the rice fields, that same hope helped Loy find the Church in Cambodia. He and his family were baptized in 2001. He was eventually called to serve as president of the Siem Reap Branch.

“The missionaries helped me learn from the Book of Mormon, but I received my testimony of its truthfulness from God,” Loy says in a 2010 Church article. “I could see how living the teachings of the Book of Mormon made my family happier.”

Chun Chanthy was also a child when her parents were taken to what were later named “the killing fields.” She too found healing in the gospel of Jesus Christ.

“Although I didn’t have an opportunity to serve my parents while they were on the earth, I am preparing to serve them through ordinances of the temple so we can all live together in heaven,” Chun told Church News.

Sharing All They Have

Cambodian members are some of the most humble and faithful people you’ll ever find. The Towers family told of one sweet woman who invited them to her home for family home evening. The Towers accepted, but told the woman not to prepare a meal because they knew she lived in humble circumstances and didn’t have a job. 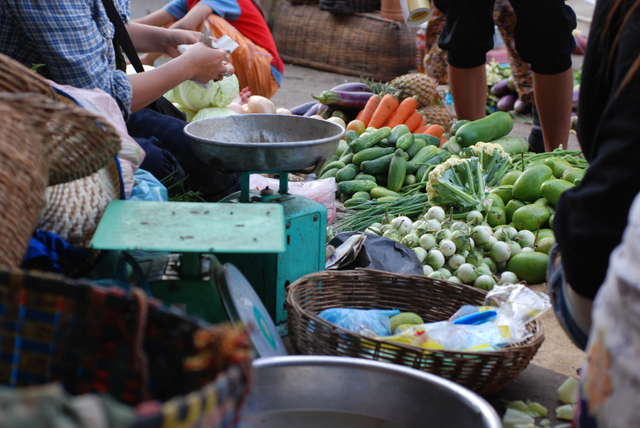 When the Towers arrived at the appointed time, the woman greeted them with a big pot of fish soup, rice, vegetables, and fruit. Despite their request that she not make a meal, the woman wanted to provide one anyway. Inspired by a Book of Mormon verse, she prayed fervently to be able to find food for her guests. Two days before the appointment, she was walking down the street and came upon a pair of green pants with $5 in the pocket. No one was around, so she gave thanks for the “huge fortune” and knew that it was an answer to her prayers. She bought fish, rice, and vegetables, and a neighbor shared some jackfruit with her.

“She told us that if you believe in the teachings of the Book of Mormon, you will be blessed. She had no idea how it would happen, but it did,” Myrna Towers relates. “I told David I’m not a big fish soup lover, but fish soup never tasted as good as it did that night. That woman was amazing. She had such faith.”

During the Pol Pot era, many records were destroyed, presenting a great challenge for Cambodians interested in researching their family history. Cambodian genealogy is also somewhat complicated because each person has a different last name; women don’t take a husband’s name, and children are named after their mothers. Last names are also listed first.

Even so, the Towers were inspired by the faith of one Church member who was determined to at least have his four generations recorded. When he failed to find any documents, the man went into a room and prayed for guidance.

“A little while later, he came out with his four generations, received by pure inspiration,” David Towers recalls. “He was able to do his genealogy because he had faith.”

Strong faith is common among the Cambodian Saints—young or old. One spring, a senior missionary composed an Easter cantata to help the Cambodian people understand Easter and Jesus Christ’s resurrection. 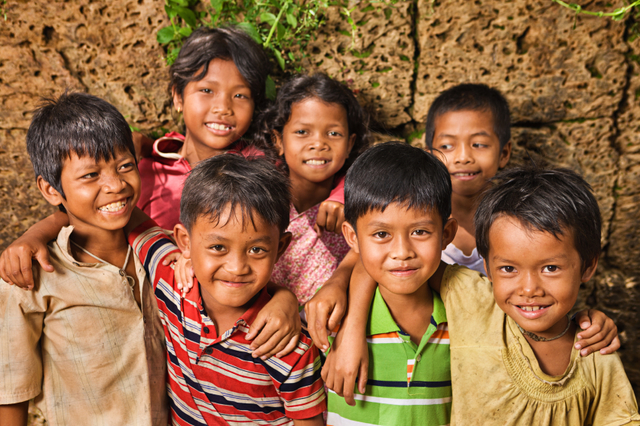 During one of the evening performances, an adult was standing near the choir of Primary children and overheard two boys talking. One boy related that when he was singing the song, “I Am a Child of God,” he was overcome by a happy feeling. “My heart opened and water came out of my eyes,” he said.

“The man told the boy that’s how you feel when you feel the Spirit,” Myrna Towers shares. “‘My heart opened and water came out of my eyes,’” she says. “What a tender and sweet expression from a child.”

For the Towers, one exciting aspect of the two new stakes is that of the six new stake leaders, three served under them as missionaries, including President Ouk. The Towers have also been delighted to learn that several former elders and sisters from their mission have married and started families.

“It’s a very nice feeling for us,” David shares. “Maybe we did something right and helped them.”

“It’s so fun to see their little families,” Myrna says.

And as these little families of members continue to grow, their faith and dedication is sure to continue to inspire those around them as well. These stalwart Saints know that with God on their side, they can accomplish—and overcome—anything.

For the rest of these incredible stories about the Church and Saints in Cambodia, check out our September/October issue of LDS Living, found in Deseret Book stores or on deseretbook.com!