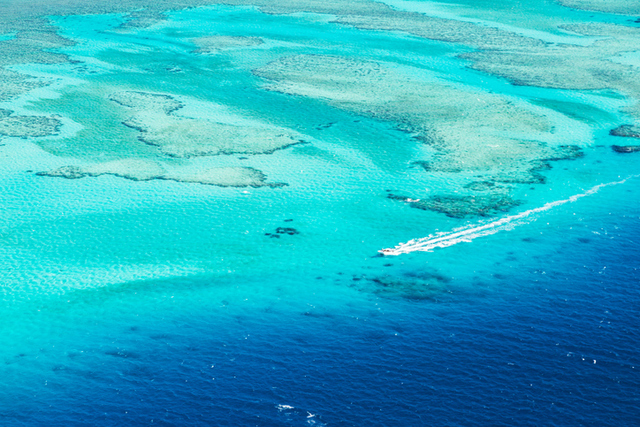 “Bula!” While it may be Fiji’s overwhelming humidity that hits you first, it’s the wide smiles and friendly faces that stay with you. On this island, where paradise consists of blankets of greenery and sandy beaches leading into pristine, aqua waters, happy members of The Church of Jesus Christ of Latter-day Saints abound—Saints who choose to put the gospel before everything else. 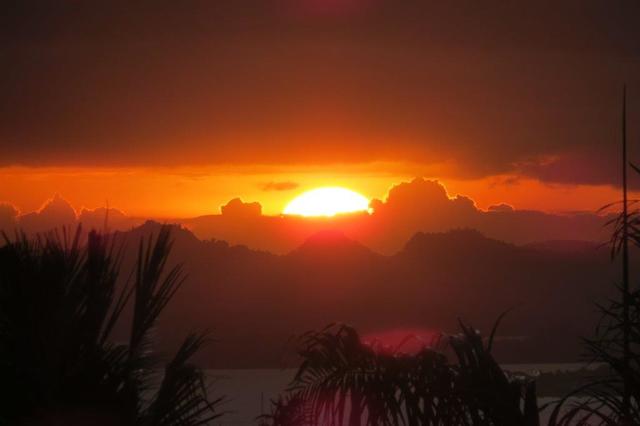 “God created Fiji on one of his happiest days,” Elder Glen L. Rudd, former president of the Church’s Pacific Area, has said. And once you get to know the kindhearted and friendly people of Fiji, it’s easy to see the truth in that statement. “The members are generous, happy, and kind, making everyone feel at home,” says former missionary Austin Finch, who served in Fiji from 2008 to 2010. Happiness is in their nature, so it’s no wonder the members of the Church there exemplify those kinds of Christlike attributes. He continues, “A traditional greeting is ‘Mai, kana,’ or ‘Come, eat!’ They seek to be like Christ no matter their own circumstances and do as He did by feeding the hungry, comforting the weary, and mourning with those who mourn. They are quick to make friends and quick to lend a helping hand, strengthening their communities and those around them. Their smiles are contagious.” Here are a few other interesting facts about the Church in Fiji:

1. President McKay directed where a chapel should be built to be a beacon in Fiji. 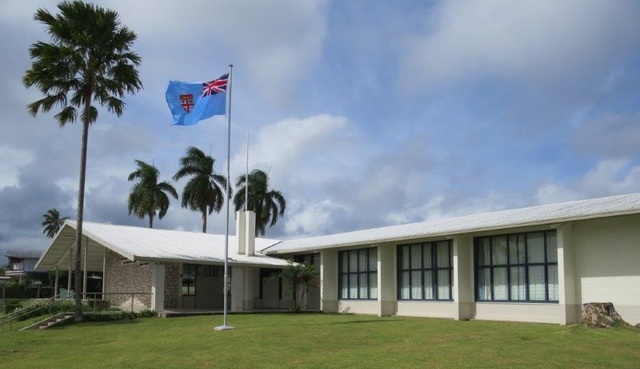 Fiji is considered a developing country, with over a quarter of the country’s population living below poverty level. Although many members struggle with economic stability, the Saints are more concerned with who they are rather than what they have.

“The Fijian members are happy people with great love for the Lord and for their fellowman,” explains former Fiji Suva Mission President Ken Klingler, who presided over the mission from 2011 to 2014. “Even though most live in very humble circumstances, we found them to be smiling, happy, and interested in others.” Pat Matheson, who served his mission in Fiji from 2008 to 2010, agrees that “Fijians (members and nonmembers) are exceptionally kind and giving.”

Ever since the gospel first arrived on their islands in the mid-1950s, the Saints in Fiji have concerned themselves with building up the kingdom of God. The first members in Fiji were immigrants—mainly Tongans, Samoans, and Europeans.

“Later those from other ethnic backgrounds came into the Church, including Fijian, Indo-Fijian, Chinese, New Zealand, Australian, Hawaiian, Gilbertese (Kiribati), Rotuman, Vanuatuan, etc.,” explains Douglas Muir, who served in Fiji as a young missionary and was later called back to the islands with his wife to serve as a senior couple. “This provided a rich diversity among the members, and it was wonderful to see national pride and prejudices replaced by brotherly and sisterly love in the gospel.”

Despite differences in backgrounds and ethnicities, those early Saints in Fiji worked together to build the kingdom, starting by physically building a chapel. Building the chapel was integral to the growth of the Church in Fiji, not just for its unifying influence but also for its ability to draw the attention of nonmembers.

“During the early days of the Church in Fiji, the Suva chapel played a very key role in helping the Church grow, especially in the Suva area,” explains Muir. “When it was built, it was one of the most beautiful buildings in Suva. It was often on the tour routes for tourists coming to Fiji. This chapel was also unique in that the direction to build the chapel and where it was to be located came from President David O. McKay.” President McKay had been in Fiji during a flight layover in 1955. While there, he instructed the mission president and missionaries to build a chapel on a hillside, where it would be a beacon to the people of Fiji. He returned again in August of 1958 to dedicate the chapel, which now serves as a meetinghouse for a few wards as well as offices for Church employment specialists.

2. Fijians put faith and family before all else. 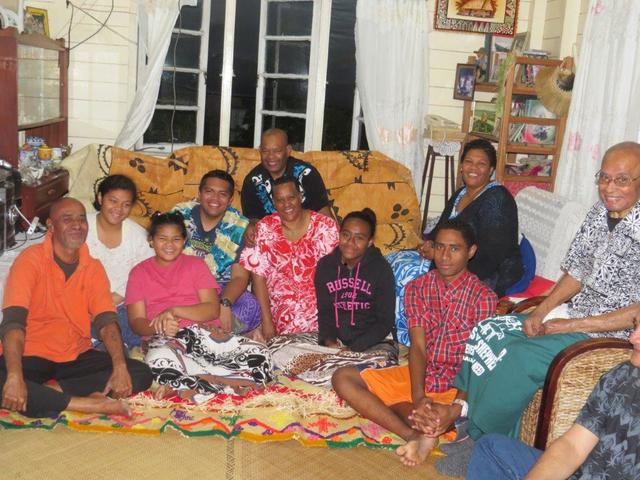 But the devotion and unity of the Saints doesn’t extend to just building. “Faith is a common trait among the Fijian people,” notes President Klingler. One such example is Joeli Kalougata, a member of the Taveuni District presidency. Kalougata’s father had read the Bible with his family for years, but it wasn’t until he heard about the Book of Mormon that Kalougata’s father knew he had found Christ’s true church. When Kalougata was only 12 years old, however, his family was traveling to the main island to be baptized when a storm sank their ship, killing his entire family.

After the accident, Kalougata lost track of the Church. But he always remembered his father’s faith in and testimony of the Book of Mormon. More than 10 years later, missionaries finally found Kalougata and taught him the gospel, which he wholeheartedly accepted. He and his wife were both baptized and later sealed to each other and their children. They also completed the temple work for Kalougata’s parents and siblings, who had longed to receive these blessings. “I look at my family now—my eternal family—and thank the Lord for remembering me and bringing the gospel back into my life,” he says.

Faith and family are truly two of the most important things to Fijians—and not just among members of the Church. Brother Matheson remembers, “Many evenings we would approach the home of a member or a nonmember, and the family would be gathered together reading the Bible or the Book of Mormon, praying, or singing hymns. Faith is a family affair in Fiji.”

Family plays a big role in most Fijians’ culture and faith, but extended family relations can sometimes make accepting the gospel a challenge. Traditions amongst families and villages often have a large influence over a person’s choices when it comes to religion. Religion was first brought to the islands by Methodist missionaries, and often the pull for keeping the family tradition outweighs the desire to seek truth from outside sources. 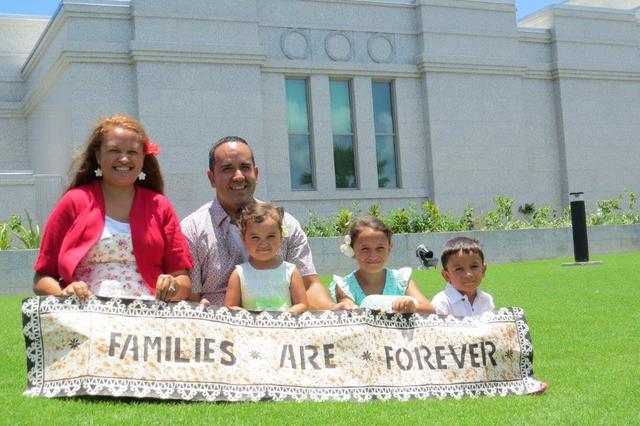 Luckily, however, when they do seek truth from the Church, members are there to help welcome them and lead them along the gospel path. “They are best at fellowshipping,” says Finch. “The members know each and every person in their wards and branches and never miss an opportunity to help those who may feel down or who have forgotten the warm love of Heavenly Father.” Being surrounded by welcoming members, investigators and converts find the strength to move forward in the gospel.

As Asenaca Baikirewa, a native Fijian, explains, “Fiji is a very religious country, so people are more receptive to the gospel; it is just a matter of accepting it, being committed to living it, and attending Church services regularly that may be a challenge for most, as they are strongly tied to their own family’s first religion. But as they are fellowshipped by members, they are bound to become greater and more faithful members of the Church.”

4. Even a cyclone didn't stop the Fiji temple's rededication.

Another example of a strong, exemplary convert is Sister Akata, an elderly sister who currently lives on the west side of the main island. Sister Akata has never missed a week of church in almost 45 years. Come rain, shine, or destructive flood, she sacrifices a lot to share her testimony of church and temple attendance, walking two to three miles each week to church and regularly paying her fare for the six-hour bus ride to serve in the Suva Fiji Temple until it closed in 2014 for renovation.

The Fiji temple has served as a source of strength to the members since its somewhat uncertain dedication in June 2000. Despite the dangers of an ongoing political coup, President Gordon B. Hinckley traveled to the main island to dedicate the Suva Fiji Temple—one of the first “smaller temples” designed to improve members’ access to temples. Since then, members have continued to courageously attend the temple in the face of challenges of distance, political upheavals, and the occasional tropical storm. The members attend the temple often and “care for it like it was their own home,” remarks Finch. “The grounds are always groomed, and many volunteers have helped with the recent renovation.” 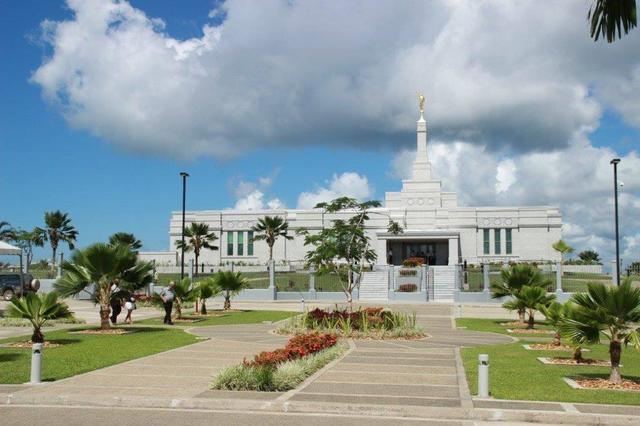 The temple was closed in October 2014 for renovations and was rededicated on February 21, 2016—a date, says Baikirewa, “that [was] marked on every member’s calendar.”

Members celebrated the rededication of the temple with a cultural celebration involving 1,300 Latter-day Saint youth. President Henry B. Eyring, who rededicated the temple the day after a fierce cyclone swept across the country, said, “I join with you in celebrating the great contributions of so many who have built up the kingdom of God in these islands. You will touch hearts that will transform those in this audience with feelings of love for the Lord and gratitude for all that Heavenly Father has done for us.”

During the rededicatory prayer, President Eyring prayed that the Lord would “smile upon” the temple. He invoked Heavenly Father’s blessings upon the faithful Fijian Saints, asking that they “be blessed with love and peace, that their lands shall be productive, and that they shall be prospered and protected in their righteous undertakings . . . that they may receive the sacred endowment and the blessings of the sealing covenants.”

President Eyring also prayed that “all who come [to the temple will] . . . find safety and protection in their covenants.”

5. The Church continues to flourish and grow in Fiji today.

As Fijian members continue to rely on their faith in the restored gospel, each other, and the power of their temple covenants, the future of the Church in Fiji looks promising. Sister Baikirewa remarks, “We are truly grateful for the gospel here in the islands and for those valiant missionaries who have sacrificed their time to serve our people, bring light into their lives, and start a new chapter for their posterity as they enter the waters of baptism. Frankly, for most of us, living the gospel is what brought success to our individual lives and the infinite blessings we have encountered in our families.” Thanks to members’ own fellowshipping efforts and the strong missionary force in Fiji, those blessings will continue to come to the people of Fiji.

Growing to more than 18,000 members in just over 60 years, it’s clear that these friendly people have been prepared to receive the gospel. As Brother Muir observed after his second mission to Fiji, “From the perspective of one who has seen the Church growth in Fiji over the past 50 years, I maintain that we are just beginning to see what the Church will do in Fiji.” 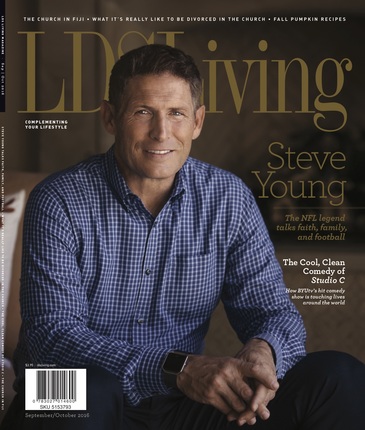 Read more about the Church in Fiji in the September/October issue of LDS Living magazine, available at Deseret Book. This edition also features stories about football legend Steve Young, the hilarious comedy of Studio C, and an interview with New York Times best-selling author Jeff Benedict.

Mormon Life The Church In Fiji Temples FaithThe Church In,Fiji,Temples,Faith,Mormon Life
Comments and feedback can be sent to feedback@ldsliving.com