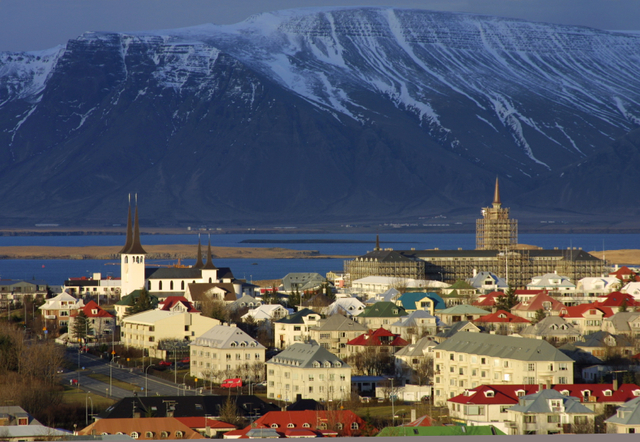 The Church in Iceland

Iceland: realm of the ancient Vikings, land of fire and ice, and home to an isolated but growing group of Latter-day Saints who can trace their country's gospel roots to just two Icelandic converts working in Denmark: Guðmundur Guðmundsson and Þórarinn Hafliðason.

Guðmundur Guðmundsson was born on a farm in Artun, Iceland, in 1825. At the age of 19, he left his native home for Denmark, where he finished his education and worked on refining his goldsmithing skills. While taking an evening stroll one day in the spring of 1850, Guðmundsson saw a group of people listening to a preacher on a street corner. Before he came within earshot of the small group, Guðmundsson heard an inner voice say, “What that man is saying is true, listen to him.” He stayed and listened to the Mormon elder, Peter O. Hansen, and as a result, his life and the lives of hundreds of others were changed forever. 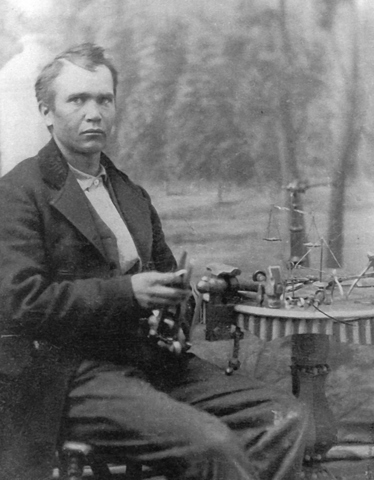 Soon after, Guðmundsson visited a Mormon Sabbath meeting in Copenhagen. He later reflected, “It was then that I, for the first time, heard and saw our beloved Apostle Erastus Snow. I . . . was baptized . . . Feb. 15, 1851 by Peter O. Hansen. I testify before God and men that my heart was renewed, and I realized that the gospel was the power of God unto salvation.”

About this same time, Guðmundsson’s childhood friend, Þórarinn Hafliðason, who had come to Denmark to learn cabinet making, likewise joined the Church. As the spring of 1851 beckoned, Elder Erastus Snow ordained Hafliðason a priest and Guðmundsson a teacher and sent them to Iceland to preach the restored gospel.

Guðmundsson arrived in his native country on May 12, 1851, returning to his hometown on the mainland shortly after, perhaps in hopes of teaching the gospel to his family. But his reception was quite different than what he expected: “I expected that every person would believe a message so desirable . . . [but] the laws were hard against us, and so were the priests and the reports of the press. I was often rebuked and spit on and mocked.”

However, despite the opposition, the missionaries’ first converts were Benedikt Hansson and his wife, Ragnhildur Stefánsdóttir. Unfortunately, following these two baptisms, the missionaries were forbidden from preaching or seeking out new investigators, forcing them to cautiously teach in private.

Another blow to the work came when Hafliðason ’s wife, who was strongly opposed to the conversion of her husband, burned his Mormon literature and apparently “became desperate and threatened to drown herself.” As a result, Hafliðason ceased to do missionary work, but continued faithful. 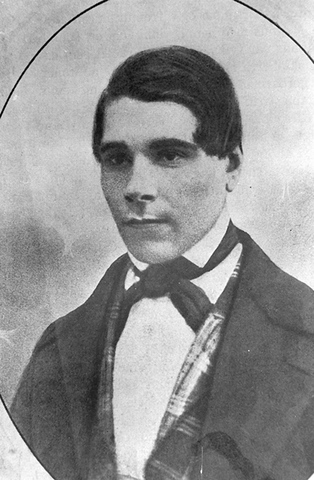 Ironically, in December of the same year, it was not his distraught wife who drowned, but Hafliðason himself who lost his life in a fishing accident. Guðmundsson informed Church leaders in Copenhagen, Denmark of this tragic event, noting that 24 people on the island desired baptism, but no one was authorized to perform the ordinance. He labored alone for some time until Elder John Lorentzen was called to serve as Guðmundsson’s companion and sustained as the president of the Icelandic mission during the April 1853 Copenhagen conference.

Early converts Samúel Bjarnason and his wife, Margrét Gísladóttir, along with a woman named Helga Jónsdóttir, left the Westman Islands in 1854 for Liverpool. On January 7, 1855, they embarked on the ship James Nesmith and eventually arrived in the Salt Lake Valley on September 7, 1855. Upon their arrival, President Brigham Young directed them to settle in Spanish Fork, which had just been incorporated as a town that same year.

Samúel, Margrét, and Helga were not only the first Latter-day Saint Icelanders to gather to Utah, but also the first known Icelanders to immigrate to America. The
immigration of these first three Saints paved the way for others to follow. It is estimated that nearly 400 Icelanders immigrated to Utah between 1855–1914, just prior to the outbreak of World War I.

In September 2015, there was a BYU conference titled "Icelanders and Their Connection to Utah and the West" to commemorate the 160th anniversary of the arrival of these first Icelandic settlers in Utah. Nearly 130 participants with Icelandic heritage attended, including top scholars from the University of Iceland and government dignitaries from Iceland such as Stefan Johannesson, permanent secretary of the state for Iceland’s Ministry for Foreign Affairs, and Ellidi Vignisson, mayor of Vestmannaeyjar, Iceland—the town from which nearly half of the Icelandic converts emigrated. Conference participants were delighted to visit Temple Square, watch the Mormon Tabernacle Choir perform, and see the Icelandic Memorial that honors their ancestors. (Read more about the conference here and watch the video below.)

Though Elder Lorentzen had organized a branch in Iceland in 1853, nearly all the members had left for the United States. In fact, when Byron Geslison—a Spanish-Fork born, full-blooded Icelander—and his wife and twin boys traveled to Iceland in 1975 as missionaries, they found only one fully active member in the area.

In 1977, Elder Joseph B. Wirthlin dedicated Iceland for the preaching of the gospel at the same time convert Sveinbjörg Guðmundsdóttir was hired to help translate the Book of Mormon into Icelandic. The translation was completed in 1979, and by November 1983, the Church was formally recognized by the Icelandic government. Today, there are two branches of the Church in Iceland (Reykjavík and Selfoss). In addition, there are currently hundreds of LDS families in Utah who remain connected to their ancestors through membership in the Icelandic Association of Utah.

The Mathiesen family of Lehi, Utah, is one such family. Kristján, Soley, and their three children moved to the States two years ago. In Iceland, Kristján served as a branch president, Soley worked with the youth, and the family contributed countless hours of service to the local congregations. Soley and Kristján met in Iceland, but both had previous ties to America. Soley, the daughter of an American father and Icelandic mother, briefly lived in Colorado as a young girl.

Kristján went to Joseph City, Arizona—a town with a heavy LDS population—as an exchange student, where he was first exposed to the Church. He lived with an LDS family and went to meetings and youth activities the entire year he was there, eventually joining the Church.

As an Icelandic convert, Kristján was a rarity. “The people tend to be very traditional and cautious when it comes to religion,” he acknowledges. “Some people are religious, but usually in word only. It doesn’t play a part in most people’s lives— it’s a very secular place. People really only go to church when they’re christened, married, and dead. The religious lifestyle hasn’t been instilled in the culture.”

Because of this, Kristján and Soley felt that their family should move to America.

“We came to the States for the adventure!” Soley says. “But mostly, we wanted to expose our children to the fullness of what the Church has to offer.”

Sacrament meeting attendance in the Mathiesen family’s old branch usually tops out around 35 (30, now that the Mathiesens are gone). Because of its size, there is no scouting program or seminary, and there is no temple within 1,000 miles. Needless to say, the Mathiesen’s church experience in Utah has been quite different, with trek, girls’ camp, seminary, and 17 temples operating or under construction in the state alone. Though a bigger contrast couldn’t exist between their past and current branches, the Mathiesen family has found the gospel and the faith of the Latter-day Saints is consistent, no matter whether 30 or 300 attend sacrament meetings.

Though the general religious apathy of those living in Iceland can make missionary work slow, there are eight missionaries from the Denmark Copenhagen Mission currently serving on the island, finding those who are ready to listen. “It seems that the most receptive people are the most humble, the people who are going through the hardest times,” Soley says. “The people who are sick or who don’t work are the ones who are home when the missionaries knock, and those are the people who need the most help. We love to do what we can to ease their burdens.” 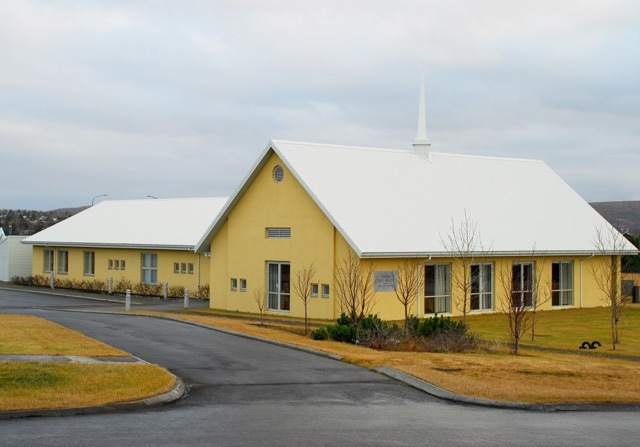 Despite the small congregations, Icelandic members are blessed with many Church materials in their native language. The Book of Mormon, Doctrine and Covenants, and Pearl of Great Price are all available in Icelandic, as are general conference talks and an annual Church magazine. They also have one well-used lesson manual for each class, which, Kristján says, “Per capita, is pretty good.”

In 1994, Church News reporter Todd Harris pointed out another difficulty for the Icelandic Saints: “One of the major challenges is physical isolation. This affects the members in a number of ways. First, the leaders of the branch regret the lack of other branches or wards close by on whom they can rely as examples. Secondly, the isolation Icelandic members must endure makes temple attendance difficult.”

However, this doesn’t stop their faith and enthusiasm.

Sveinbjörg Guðmundsdóttir, who has made a temple trip at least annually, told Harris, “When I recognized the truth of the gospel, I was at first afraid to accept it because of what I knew it would require of me. . . . But I couldn’t turn my back on it, and it has become the greatest blessing of my life.”

Not only has Guðmundsdóttir’s life been blessed, she also blessed the lives of others by holding family home evenings for six years for as many as 60 young people at a time. Many eventually joined the Church or have remained faithful thanks to these meetings.

A Visit from a Prophet

In the early 2000s, the Icelandic saints were thrilled when President Gordon B. Hinckley came to the country—their first visit from a prophet. After meeting with the president of Iceland, he held a fireside with all the local members. Kristján, who was the district president at the time, remembers that “one of our members had been a faithful member since 1976, when the branch was first organized. When we announced that President Hinckley was coming, she just started crying.”

“It was the biggest meeting we’ve ever had,” he continues. “Everyone came out for that one.” President Hinckley wasn’t able to stay long but shook hands with many members before leaving. “It was unexpected and unplanned, but wonderful,” Soley recalls.

From the tremendous efforts of the early missionaries and members in Iceland to the large immigration to Utah, Icelandic Saints have slowly and steadily helped move the work forward. And though today they are small in numbers, they’re still large in faith and hope for a bright future. “Leaders have promised us that one day, Iceland will be a beacon to other countries,” Soley says. “We will have strong members and a strong Church that will light the way for others.”