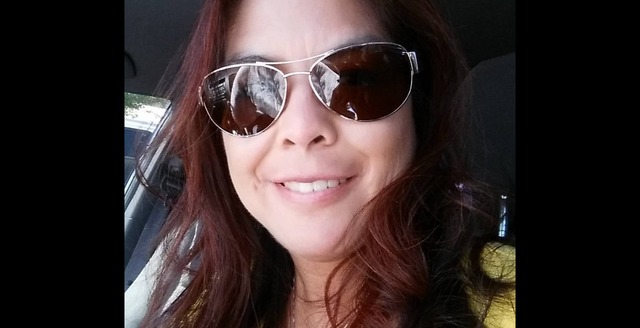 Miki Ogao lies on the table for yet another outpatient medical procedure. Doctors are performing a Swan-Ganz catheterization to check the health of her finicky heart. She feels nothing, but she’s wide awake. She hears the doctors and nurses discussing the procedure and marveling at their quirky patient’s upbeat mood.

Suddenly the scene turns tense as her numbers fall. A nurse notes that her cardiac output—the formula representing the amount of blood the heart pumps per minute—has dropped to near zero.

Normal is four. Zero is dead.

Ogao nearly flatlines and she catches a phrase she knows all too well from her own medical training. A somber voice says, “I don’t know if I can get her off the table.”

Unable to speak, she remembers thinking, “Um, I can hear you.”

As her numbers continue to fall and the monitors predict the end, someone or something mysterious appears. Ogao doesn’t recognize the brightly lit presence, but he or she is certainly not of this world.

Though she’s not sure what she sees, or whether her eyes are even open, she knows the moment and the message are to be trusted.

Then comes the visitor’s question. It’s the most important one Ogao might ever answer.

In that sacred moment with a window to heaven cracked open, thoughts raced through her mind. Remembering one of them still makes her laugh out loud. “No! I don’t want anyone to find my house the way it is!”

In a spiritual blink the visitor left—alone. Ogao soon stabilized and moments later she was talking to her doctor. Before they could convince her to stay, she was home tidying up. “Just in case that ever happens again.”

That was over 10 years ago.

Ogao shared that memory and much more during a lengthy discussion about her unusual journey through life.

Naturally, she recognizes some might question her otherworldly experience and she's been reluctant to share it in the past.

"I know that by going public I could come across as somewhat of a whackadoodle,” she said. “But I could never deny the experience. I know what I saw and I know how it changed my life."

As I began to craft the immensely likable Ogao's story, I realize there isn't a newspaper or website in the world with enough space for me to paint the complete word picture of her life. But to catch even just a glimpse is worth the effort.

Born in Hawaii in 1974, Ogao’s family joined The Church of Jesus Christ of Latter-day Saints when she was a child. At just 4 years old, they moved to Washington State. At 13 years old, she began noticing she was much more tired than other kids who also loved sports.

That excuse eventually got tired too, and at 19 she was diagnosed with rheumatoid arthritis and Sjogren's syndrome. Lupus came up a year later.

Despite the chronic pain and lengthy delays, Ogao finished her undergraduate degree in psychology in 2004 at the same time she held down a job with an airline.

Then, one year later, she took her first trip to the emergency room. Ogao said she’ll never forget a doctor with his British accent saying, “You’re terribly sick. What you have is fatal and incurable.” She remembers the moment with—of course—a laugh.

It was also time for doctors to add another disease to her medical charts: pulmonary hypertension.

For anyone else, Ogao’s research over the following months would have been sobering. She found that patients with her cocktail of diseases are often gone in less than three years. Most others are dead within five.

“When I started to get better instead of kicking the bucket,” Ogao said, “I got bored and went back to school to be a surgical tech.”

Against the odds, she rejoined the workforce in 2009, and despite a hectic schedule that was hard on her body, Ogao never complained or rattled off her impressive list of ailments. When it became hard to walk 10 feet and complete a sentence, friends and coworkers took notice.

In 2011, Ogao had three stints in the ICU, including one that lasted a full month. But when things were dire, Ogao always knew she still wasn’t ready to go yet.

Even after two weeks of heart failure in 2014, she simply smiled at her doctor and said, “Add it to the list!” 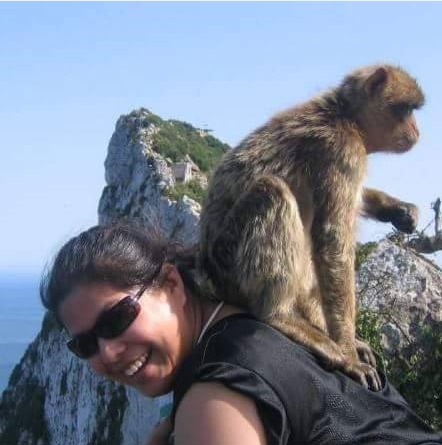 Even after losing her home under the crushing weight of medical expenses, she simply pressed forward with faith.

Even after being encouraged to undergo a dangerous and expensive double lung transplant, she took a pass and chose to trust the pair she already has.

As our interview blew like a strong breeze from one stage of her fascinating life to the next, I asked which of the health risks worried her most.

“Definitely the pulmonary hypertension," she said. "That’s the one trying to kill me, the others are just making me miserable.”

Since her visit from beyond and what she believes was her conscious decision to stay, Ogao has stayed faithful and thankful.

“You know I’m grateful for my body, but we just don’t get along very well,” she said.

When Ogao feels healthy, she transports cars for a broker and Ogao relishes the opportunities to travel. She still loves to fly, too, and every year her bucket list of countries to visit gets a bit shorter.

Ogao also volunteers, house sits, pet sits, and works as a backup mom to dear friends who are like family. She also writes a blog with a poignant name that both demonstrates her sense of humor and her realistic expectations for how long she has left. It’s called Expiration Unknown.

Perhaps most importantly to Ogao, she became an ordinance worker at the Mesa Arizona Temple. She looks forward to working there until the Tucson Arizona Temple opens near her home.

“I’m just doing all I can. They say the only thing we can give back to the Lord is our will," she said. "I cannot do much physically, but spiritually I hope I can do plenty.”

When I suggest that maybe Ogao has learned to live life outside the driver’s seat, she laughs yet again.

“Driver’s seat? I’m not even in the passenger’s seat! I’m in the back like a toddler in a five-point harness,” she said.

She says all that any of us can control is our attitude.

“You’ve heard it a million times," she said. "It’s all about eternal perspective. Now we just need to apply it.”

Ogao has no regrets when she looks back to that moment on a table and a heavenly decision. She’ll keep living, keep loving and keep bringing smiles to others.

Because that’s what you do when your expiration is unknown.

This story originally ran on LDS Living in 2016