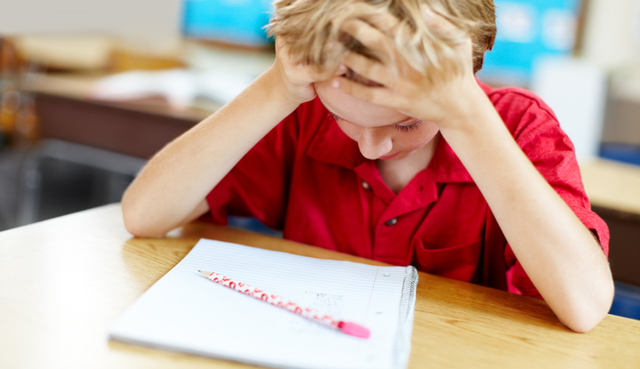 A seventh-grade student sat at his desk fearing the absolute worst. It was Friday, June 8, 1984. It was also the last day of school before summer vacation.

His knobby knees knocked. His heart raced. His palms were so sweaty, he needed a "wet floor” sign next to his desk.

The 13-year-old had slogged through a challenging year at home and, moments earlier, his homeroom teacher had revealed in dramatic fashion that when the report cards were distributed, one would show that someone had failed the seventh grade and would be retained.

Someone in the back of the room asked what the word meant. “In this case,” the teacher announced, “retained means he’s going to repeat the seventh grade.”

The young man sat at his desk and wondered how he would ever tell his parents that their son, a student with a history of good grades, had collapsed and would not advance to the eighth grade with his friends.

He’d placed third at the county science fair. He’d earned awards for his writing and excelled at band. He’d won speech competitions. But now he was poised to walk up the driveway carrying a report card that weighed more than he did.

Disclosure: I have not researched this story and it hasn’t been fact-checked. How do I know it so well? Because this is my story.

I failed the seventh grade.

I closed my eyes and with my fingertips traced the carved-in pencil slot on the bottom of the slanted desktop. In that moment, I remembered hearing the news that doctors had discovered a tumor the size of a grapefruit attached to one of my father’s kidneys. In the next moment, I wondered whether my father would live to see me graduate — not from high school, but from middle.

The teacher began handing out the report cards and I felt my pulse skip and pop like an old vinyl record. I wiped my hands on my Levis and studied my desk until the report card slid into view. I unwound the red piece of string that held the flap closed and removed the tri-fold piece of canary cardstock. At the top of the paper my eyes immediately found the word written and circled in cherry red magic marker: “Retained."

I quickly folded and returned the paper to its envelope, like a body exhumed and returned to its casket. I fought tears, left for the restroom without permission and gazed at my reflection in the cracked mirror with graffiti scrawled in the corners.

I wondered — Will my parents still love me?

A few days later, I returned with my folks to meet with the principal and discuss my options. I could repeat the year, earn satisfactory grades and advance to the eighth grade. Or, I could attend two classes — math and English — at a local high school’s summer school program. If my grades were acceptable, I would begin the eighth grade as if nothing had ever happened.

The discussion was a short one.

In the car on the way home, in a word picture framed by enormous love and faith, my parents explained how the summer school commitment would be a sacrifice for our entire family. No doubt it would mean a different sort of summer than I’d hoped for.

While I participated in summer school, my friends went swimming at the local pool. While I studied for math tests, the gang from church went to scout camp. While I wrote essays, my best friend spent a week at Virginia Beach.

I learned a lot at home that summer, too. I learned that my parents loved me deeply. I learned that my three older siblings believed I was capable of anything. I learned to take more responsibility for my actions and to look inward at problems and upward to heaven for solutions.

I learned to pray.

I sailed through the next year and did well as my father lived cancer-free until my junior year of high school. When it returned and later claimed his life during the winter break between semesters, I easily remembered the lessons of 1984.

I often reflect on those lessons. I suppose I also count my failures since that heavy report card and I find there have been many. But, thankfully, I’ve also been blessed with just enough successes like summer school to remind me that I am not defined by the failure, but by the response.

I think I still hear the voice of that nervous 13-year-old boy reminding me that with faith, love, perseverance, and by forgiving myself, I will always be capable of advancing from one trial to the next with straight A's.

He tells me that I am not destined to be retained.

And neither are you.