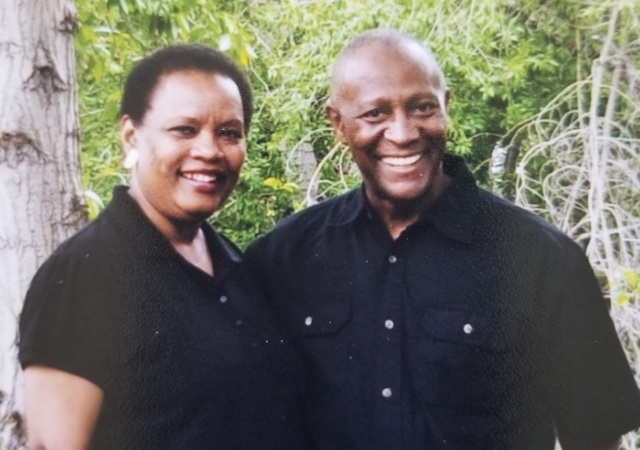 Bringing Family Closer to the Church

Despite their initial reluctance and reservations about the Church, Claudia‘s family gradually grew to accept her choice, appreciating how ward members embraced their daughter and sister. “They don't worry about us because they know the Church is taking care of us,” Thomas says.

Thomas’s own family has also experienced a change of heart concerning the LDS Church. “I came home at Christmas time in 1972, a week after I had been baptized. My mom is cooking, my cousin is there, my brothers were there. And she asks, ‘What was the church you joined?’ I said, ‘The Church of Jesus Christ of Latter-day Saints. The Mormons.’ My mom dropped the skillet. My brother said, ‘You what?’ My cousin started cursing.” Despite the shock and friction that resulted from that first conversation, Thomas’s family gradually adopted the advice of his grandparents: “It’s just one of his phases. Leave it alone. He'll come out of it.”

By the time Thomas’s family discovered his new faith was more than a phase and instead an entire way of life, they had seen the way the Church had transformed him. “When I joined the Church, I stopped drinking. I stopped smoking. I stopped carousing. I stopped doping. Finally, one Sunday we were sitting at the table and my grandmother went, ‘I don't care what church it is. It got him to stop doing all that. Amen to it.”

In fact, that same grandmother, who spent her life as a minister, was home when Thomas sent missionaries to bless his uncle, who was dying of Lupus. “She called me and said, ‘Those boys from your church came to give your uncle a blessing.’ I braced [waiting for] the wrath. She said, ‘They were very young. I never heard two young people pray like that ever in my life.’” After that, Thomas began sending his grandmother the Ensign, and when she came to visit Thomas after he moved to Utah, the two toured Temple Square. “She said, ‘The people here are so nice.’ . . . On Temple Square she said, ‘The Lord is here.’ Oh, she did. I took her up by the Christus, and at one point she started [humming], and I went, ‘Oh no. She is going to start preaching right here, right now.’”

When Thomas’s grandmother returned home and ran into a doctor who was trying to convince her how horrible the Latter-day Saints truly were, she had a few words to say. “She said, ‘Those are the nicest people I have ever met.’ She laid him out. She became a Mormon defender,” Thomas says.

Another touching moment Thomas shared with his family came when his paternal grandfather, also a life-long minister, asked if Thomas would attend church with him. “We started going through small towns. We get out on this road, and there is an LDS chapel on this hill. He tells me, ‘Pull into here.’ We go into the chapel and everyone was saying hi to my grandfather. I'm going, ‘What is going on here? If this man has been baptized and decided not to tell me, I'm going to kill him.’ It was a fast and testimony meeting. I'm in major meltdown mode, and everybody is bearing their testimony and he stands up. Grandfather has one of those Spoken Word voices. He got to that mic, I'm a mess, and he started bearing his testimony about Jesus Christ.”

After sacrament meeting, Thomas learned his grandfather had not officially joined the Church, but two sister missionaries had knocked on his door years before and changed his life. Though he believed the teachings of the Church, Thomas’s grandfather felt he needed to continue his ministry. “I had to stay where I am because if I leave, some people wouldn't stay with the truth they have,” he told Thomas.

Advice for Other Church Members

About his 46 years as a member of the Church, Thomas is the first to recognize, “I realize some of my thoughts are not everybody else's. I don't intend to speak for anybody but me.” However, the nearly half a century of faith and worship he has experienced as a Latter-day Saint does provide a unique perspective. But that perspective has not come without struggle, adversity, and opposition.

Whenever he has felt judged or threatened based on his race, Thomas thinks of the dozens of people who are standing behind him, loving him, quietly sustaining him, willing to step in and defend him if needed.

“There have been members that have said some very ignorant and hurtful things,” Thomas says, but he acknowledges, “I cannot base my life, my testimony, off other [Latter-day Saints]. The Church is true, not necessarily all its members. That’s what I try to teach my kids, because people will fail you; the gospel will not.”

He continues, “We can always do better if we open ourselves up. . . . There will always be those who will need to put down someone to make themselves feel better. I refuse to take their problems onto me.”

To those currently laden with questions or frustrations, Thomas says, “There are unfortunate things that happened. But be very, very careful, because those . . . seeds of hurt and shame Satan can use and water. They can pull you right out of the gospel and can destroy your testimony and come between you and what the Spirit is really saying to you.” 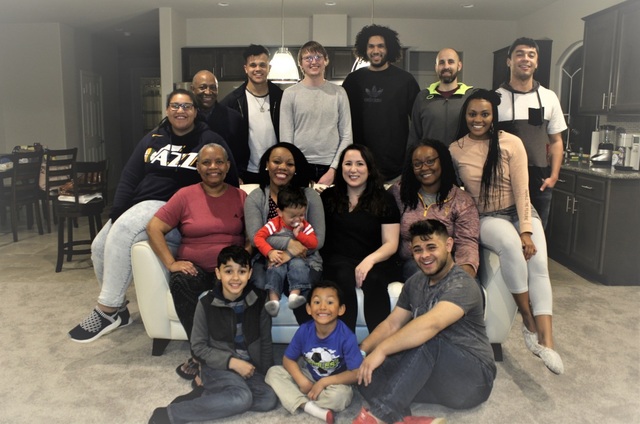 About teaching his own children about the history of the Church, Thomas says, “I'm up front. I tell them exactly how I feel. I tell them the Church is true. Just remember that—not people. Not even your dad. The Church, the gospel, that's what's true. They may wander . . . [but] I listen to them. I listen to their friends. I listen to what they have to say. I try to help them without being overbearing or forcing myself on them because they need to work through their own anxieties and come to a knowledge and a realization.”

About those trying and soul-stretching times in his life, including before the priesthood revelation, Thomas echoes a member of the Martin Handcart company. When other pioneers were explaining the horrors they endured, one member stood up and testified, “It was not so. It was the sweetest time that we had to commune with God,” Thomas explains. “I say Amen.”