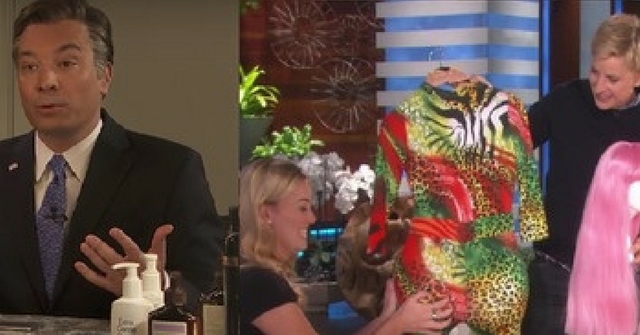 Our 10 Favorite Mormon Moments with Ellen, Jimmy Fallon, and Other Talk Show Hosts

Ryan Hamilton: he's a hilarious guy. He's made the rounds on Conan, The Late Late Show, Last Comic Standing, Comedy Central, and Showtime and stands out as one of the rare comedians who doesn't use profanity or vulgarity to get laughs. And this stand-up guy who sticks to his LDS standards was recently featured on The Late Show with Stephen Colbert. Check out his hilarious "Dear Gym" routine.

As a presidential candidate, Mitt Romney appeared on the Late Night with David Letterman several times to reveal the top 10 things we didn't know about him—and none of them had to do with politics. From his own cologne line, sold exclusively at Macy's, to his real name, learn a little more about Mitt Romney in these hilarious videos: