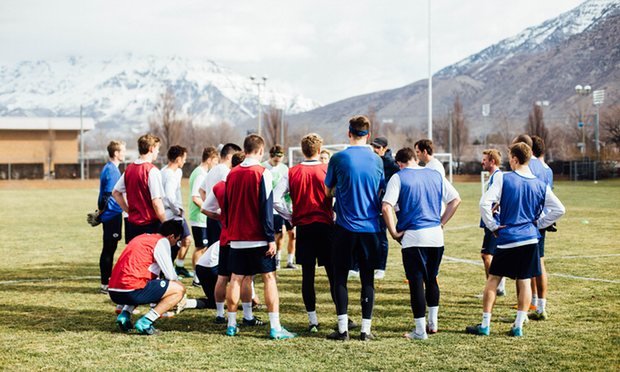 The Guardian: How the Mormon Boys of Brigham Young Took on the Semi-Pros

The Guardian recently featured BYU's men's soccer team, looking at how these Latter-day Saints have managed to find the talent to compete in the semi-pros.
Their opponents instantly recognize them as the Mormon boys, a team of incongruous talents who wear their religious conviction on their sleeves. As the most recognizable group of men in soccer jerseys associated with the LDS church, they are an easy target.

The jibes come easy, but they are just as quickly brushed off. This team is equally recognizable for their sporting merit This is a college team: the only college team operating in the upper echelons of the US soccer pyramid.

They are the BYU Cougars, the Brigham Young University men’s soccer team. And they play in the fourth-tier Professional Development League, an assemblage of amateur-semi-pro hybrids mostly made up of aspiring pros on the way up and grizzled veterans on the way out.

The PDL is filled with NCAA college players seeking competitive game time during their summer vacation. But for a team of exclusively college players who represent their Mormon school, playing in the PDL was an alien concept from the off.

Lead image from The Guardian.