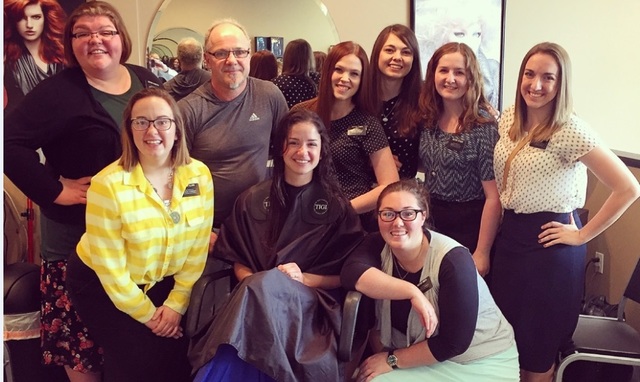 Over the years, the stylist has often asked questions about the family’s faith. “Several years ago, my wife gave him a large copy of the scriptures with some of her favorite passages marked,” Thatcher said. “Todd loves to talk about God, religion, and is very curious about our beliefs.”

About six months ago, Thatcher had an idea. “What if we could arrange to have Todd cut and style the hair of 10 sister missionaries all in one day?”

With Todd Rhein’s curiosity, love of gab, and the sister missionaries’ talent for sharing the gospel, Thatcher knew it would be an inspirational day at Todd’s small hair salon on the west side of Cincinnati. “My sister-in-law, Toni Rindlisbach, asked Todd at her hair appointment two months ago and he agreed.” So, with President Porter’s blessing and the hard work of Sister Porter, the Ohio Cincinnati Mission scheduled appointments for 10 sister missionaries.

“Originally, we thought Todd could style 10 sister missionaries from 9 a.m. till 2 p.m.,” Thatcher said, “but we didn’t get out of there until 6 p.m!” 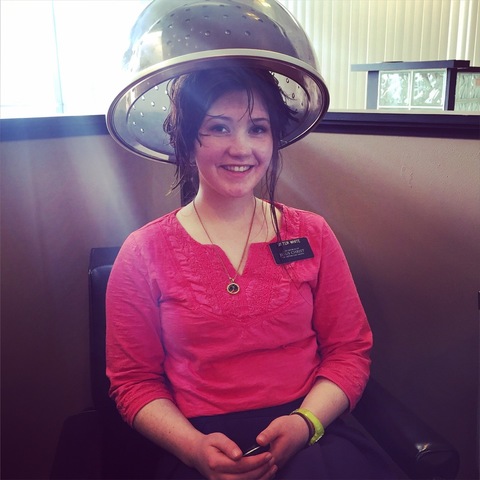 teaching about the importance of opposition in all things,” Thatcher continued. “Todd had one missionary in the blow dryer, another in his chair, and two more with scriptures out on their laps.” Right in the middle of all of this, Thatcher said, the hair stylist who works next to Todd came over and asked, “Do you mind if I join you until my next appointment?”

Knowing that Mormon missionaries are on a tight budget, Todd gave them a great deal while several local members volunteered to help out with the rest so there was not cost to the missionaries.

“While I knew Todd would love spending the day with our Mormon missionaries,” Thatcher said, “I didn’t realize how much the sisters would also enjoy being taken care of by Todd. Yes, they talked about Jesus, temples, prayer, the pre-earth life, virtue, the Book of Mormon, faith, and repentance, but they also talked about bangs, flat irons, layering, and how to style your hair on a budget.” 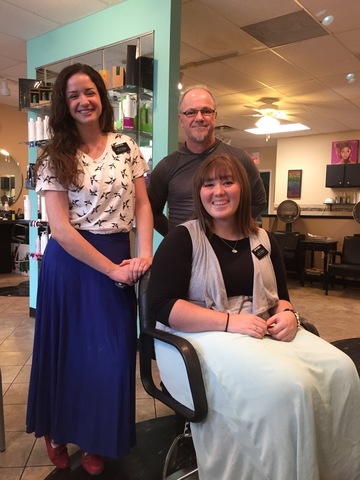 Sister Nicol from Alpine, Utah probably put it best when she said goodbye, “You are a rockstar Todd!”

Thatcher said the two sister missionaries who work in Todd’s neighborhood have invited him to church next Sunday to listen to Elder Neil L. Anderson while he is in town for a conference. “They asked him to come hear from a modern day Apostle,” Thatcher said. “Let’s see what happens!”