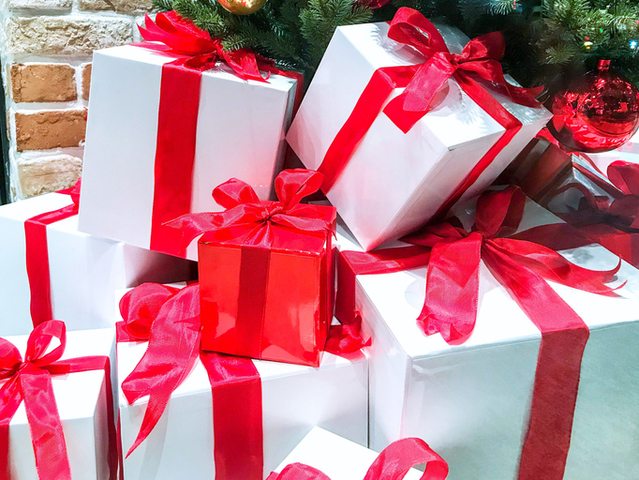 In the following excerpt, Timothy Ballard, founder of Operation Underground Railroad, reflects on a heartwarming experience with "Mia" and "Marky"—two young children he formed a special bond with during a rescue in Haiti and whom he and his wife, Katherine, were finally able to adopt in 2018.

The photos of Mia and Marky in my office include one taken by one of my undercover operators while the kids sat with me in the van, driving from the false orphanage to the hotel to execute the sting operation that would liberate them and their 26 little companions. Before, I had somewhat selfishly seen these pictures as O.U.R. coming to the rescue. I thought it was a depiction of me doing something for them. But I was wrong. It was actually them doing something for me.

When we discovered the whereabouts of Mia and Marky after having lost their location for about eight months, from there, our bond only grew. My wife and kids now know them well. We have spent countless hours with them. They have become our family. In this process, I have learned some important lessons, mostly through little Mia.

You can learn a lot from a child who was raised in slavery—especially one like Mia, who as a small child had become the primary caregiver to a baby, Marky. I cannot imagine a darker existence. First, the 2010 earthquake took almost everything from her. Then, traffickers sought to destroy the little she had left. How can a person (especially a child) conquer such darkness? How does one heal from this?

The answers to these questions are valuable beyond measure, for don’t we all face darkness of some kind? Betrayal. Loss of loved ones. Sickness. Loneliness. Separation. Hate. Prejudice. Social injustice. The list is endless. Indeed, darkness surrounds us all. Don’t we all need, plead, and pray for the light that will carry us out? Well, Mia found it!

I first began to really recognize this light in Mia when I came to visit her one day at her new orphanage, where she lived with Marky and approximately 20 other small children. I hadn’t been there in a few months, so when I entered the gate and stepped into the courtyard, she and Marky ran to me and jumped into my arms, declaring as they always do: “Papa Blanc! Papa Blanc!” Shortly after greeting me, they grabbed my backpack and dug in to see what treasures they might find. It didn’t take Mia long to pull out my box of chocolate protein bars. By the time I realized what was happening, Mia was running into the orphanage house with a huge smile on her face, holding the box of bars like a football. That box represented a few of the only meals I had for my team that week (we were about to head into the bush that day to check into some trafficking organizations). Notwithstanding, her spritely little spirit and the smile on her face as she ran away made me happy anyway. And I let her go.

A few minutes later, Mia came out of the house. The box was in her hand still. As she came to the cement floor of the courtyard where I stood, she stopped and looked at me. Her smile was as bright as before—maybe even brighter now. She then turned the box upside down, showing me that all the contents had disappeared. She couldn’t hold back a mischievous little giggle.

Our director of aftercare happened to be with me and watched the scene curiously.

“Well,” said the director, “hoarding is a common condition for kids who have spent a time in their lives not knowing when their next meal would come. Even when there is an abundance of food, sometimes they will still take what they can and hide it away, just in case.”

I understood. And knowing what I did about Mia’s past, it made perfect sense.

“Mia,” I said calmly as I approached the still smiling little girl, “show me where the chocolate bars are, okay?”

Mia grabbed my hand and practically dragged me into the house. After my director’s warning, I had half expected that Mia would show me some grotesque nest of maggot-infested food piled up in a corner with fresh chocolate protein bars poking out of its sides. But her excitement told me that perhaps I was in store for something completely different.

“See, Papa Blanc!” she said as we approached a door inside the home. “Look!” she said as she then pushed open the door. There before me in the small room, 10 little children about 4 to 6 years old sat around a table. They had apparently been doing some sort of coloring book school project, but they were all taking a break. Someone had given them what they thought were chocolate bars (really, my protein bars), and they were all gnawing away at the harder-to-bite-into-than-expected bars as best they could. I couldn’t help but laugh out loud.

But my laugh quickly turned to tears of tenderness and joy as I watched what Mia did next.

“Papa Blanc!” she said. “Please, we need one more bar. Little Pierre did not get one.” She pointed to a small boy sitting at the table with nothing to gnaw on. “I ran out of chocolate, Papa Blanc! Please get just one more!”

I looked down at her hands. No chocolate bar. I looked at her pockets. No bar. I quickly counted the children with chocolate against the number of bars advertised on the box. My hunch was right on. She had given them all away, saving nothing for herself. And here she was now, still thinking not of herself but only of little Pierre; she was asking for only one more bar, not two.

About six months later, I was back at the orphanage. I had come to see the kids for Christmas and give them presents from home. I first brought out an enormous duffel bag with enough toys for every child in the orphanage. Mia was first in line as I opened the bag—but, again, not for the reason you might think. She dug into that bag for one reason only: to find the perfect toy for each and every one of her classmates. When the bag was empty, she looked around at all her friends. She smiled at their joy. Again, she kept nothing for herself and wanted nothing. Her joy was full in serving the others.

I had thought this might happen. That was why I had brought another bag with me, full of special gifts just for her. I took the bag out, opened it, and called Mia over to me.

“Mia,” I said, “you are the kindest child I have ever met. You love your friends, don’t you?”

She smiled shyly and nodded her head.

“Well,” I continued, “these gifts here are for you. My kids at home bought them for you, and you must keep them.”

She just looked at me. Her eyes glistened, full of hope and charity.

“Do you understand?” I asked her.

She smiled and nodded again.

She then dropped to her knees and began to rummage through the different gifts in the bag. She looked at and handled each toy, intermittently eyeing her classmates, who were already busy playing with the toys they had been given. All the while she periodically glanced up at me to see if I were still paying attention. I couldn’t believe what I perceived she was thinking about doing. I had never seen a child do this. Ever. Of course, this was the child who, while in a state of starvation and being held by traffickers, gave up half her candy bar to her baby brother without thinking twice. That had been my first encounter with her. Why should this be any different?

I decided not to intervene. I stepped back and pretended to be focusing on something else. So long as she thought I was watching, she might not take her natural course.

Once I had her convinced that I was completely distracted, I watched out of the corner of my eye as she dragged the duffel bag near to where the other kids were playing. She then carefully distributed each and every toy to her little orphan friends.

She can’t help herself! I thought to myself. Right then and there I gave her a nickname—a most oxymoronic nickname: “the mischievous giver.” I was dumbfounded.

Mia did keep one gift that day—a book my youngest child at home had bought for her: Oh, the Places You’ll Go, by Dr. Seuss. After delivering the last of her toys to her friends, she walked over to a bench in the corner of the courtyard and opened the book. I watched from a distance as she just stared at the first page, never turning it. As I walked over and sat by her, I instantly realized why she hadn’t turned the page. In the front of the book, my wife had pasted our brand-new family Christmas card. It was the reason she hadn’t given up this one gift. Mia then began to point to each of my children in the picture, as she always loved to do, repeating each of their names to me. I put my arm around her, and she nestled her head into my side.

“I love you, Papa Blanc,” she said. I tried to reply, but, overcome with emotion, I couldn’t get the words out. I just hugged her tighter. I had never been so close to such a powerful little light in all my life.

As I stood in my office, lost in thought, gazing at the sweet pictures of Mia and Marky, it hit me again: Mia has learned the secret! In the darkness of the trenches of her personal war, she learned how to turn the lights on. Service! It occurred to me that we adults think we have it figured out. We think that the more we have, the happier we are. Sure, we’ll give a little of our time and resources here and there, but the bulk we will keep. How fooled we are! 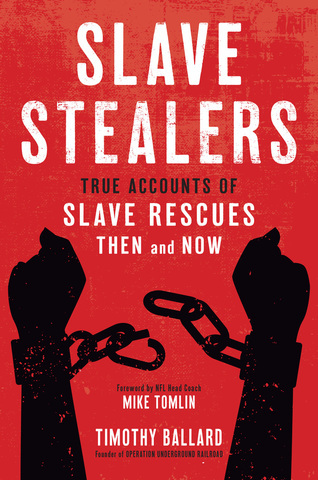 Slave Stealers: True Accounts of Slave Rescues Then and Now alternates these two riveting stories, weaving them together to expose the persistent evil of trafficking and sexual exploitation that has existed for centuries—and inspiring us to find a way to end it. Filled with heartbreaks and triumphs, miracles and disappointments, hair-raising escapes and daring rescues, this gripping book provides insight into this terrible evil and the good that can be done when caring people step up and stand in the light.

Makes You Think Christmas Sharing Rescue GivingChristmas,Sharing,Rescue,Giving,Makes You Think
Comments and feedback can be sent to feedback@ldsliving.com