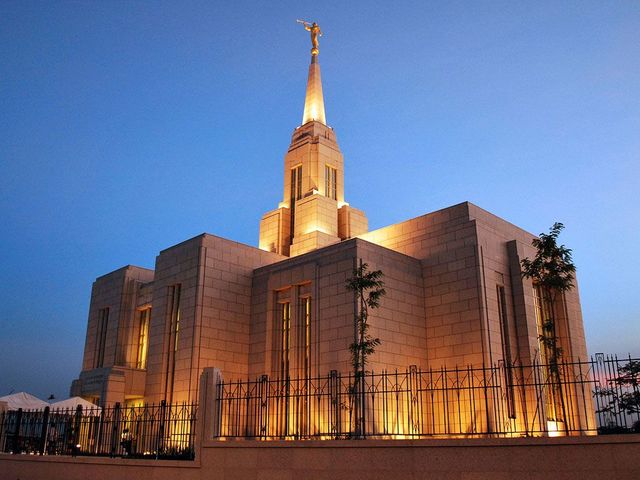 As is taught in the temple, the Lord has always required his people to offer sacrifice, from the time of our first parents onward. The type and place of sacrifice have changed over the ages, but the fundamental principles undergirding the doctrine of sacrifice have not. Righteous sacrifices are really symbols of our obedience to the Lord, of Jesus Christ and His atonement, of our desire to imitate the Savior and live as He does. Our offering of sacrifice demonstrates our commitment to follow the Lord above anyone or anything else.

The word sacrifice comes from two Latin words put together: sacer ("sacred") and facere ("to make or do"). Thus, sacrifice literally means "to make sacred." When we sacrifice what the Lord asks, we are making our lives sacred by our actions—as did the Savior, in whose holy house we are worshipping when we covenant to offer sacrifices in His name and for His kingdom.

Two Changes to the Law of Sacrifice

In the period from Adam to Christ, the formal, required sacrifices designated by the Lord were "the firstlings of their flocks" (Moses 5:5). . . .Under the ancient sacrificial system, animal sacrifices were symbols of the Atonement, pointing the offerer (and the observers) to the future shedding of Christ's blood in Gethsemane and on the cross. Not only were the animals themselves a type, shadow, and similitude of the bodily sacrifice of Jesus Christ, but they were also a vicarious substitute, a proxy, standing in the stead of the person making the sacrifice (again, a modeling of both the Savior's sacrifice as well as our own proxy service in the temple). The offerer, through the symbolic substitution of an animal, was giving himself wholly to God. The person making the sacrifice was making or declaring his life to be sacred or holy through the offering of a proxy. . . .

With the coming of Jesus Christ in mortality and the actual shedding of his blood as the "great and last sacrifice" (Alma 34:14), at least two fundamental changes ensued, though sacrifice remained the premier symbol of the Atonement. First, animal sacrifice and the shedding of blood were discontinued, and something else was required as an offering: "Ye shall offer for a sacrifice unto me a broken heart and a contrite spirit," as the resurrected Christ said to the Nephites (3 Nephi 9:20).

Second, an intermediary was no longer required, as in the days of the Mosaic dispensation when the Aaronic priest conducted the actual slaughter of the animal within the tabernacle or temple precincts. Under the new order, every man and woman was empowered to approach God directly and offer his or her own broken heart and contrite spirit.

Broken Heart and a Contrite Spirit

The symbolism of the Atonement, however, still undergirds the sacrifice. A broken heart and a contrite spirit are a similitude or perfect likeness of Jesus' atoning experience. The word contrite comes from a Latin root meaning "to grind." To be contrite is to be "crushed in spirit."1 In Gethsemane, Jesus' spirit was crushed by the weight of the sins and sorrows of the world (he said he felt "very heavy," or weighed down; Mark 14:33). And on Golgotha's cross, "Jesus died of a broken heart," the consequence of infinite suffering for infinite sin and sorrow.2

In the period from Adam to Moses, the designated locations for formal sacrifices were specially constructed altars in various places. In the period from Moses to Christ, the designated locations for formal sacrifice were the specially constructed altars within, first, the Mosaic tabernacle, and, later, Solomon's, Zerubbabel's, and Herod's temples. In our day, the designated locations for making formal covenants of sacrifice are before the sacrament table on the Sabbath and at the altar in the Lord's temples. In the Lord's plan, altars have always been the center of sacred actions. Around the altars in the temples today, the most important and sacred activities occur: the making of covenants, the offering of prayers, the establishment of eternal marriages and families, and the promises of sacrifice and consecration. 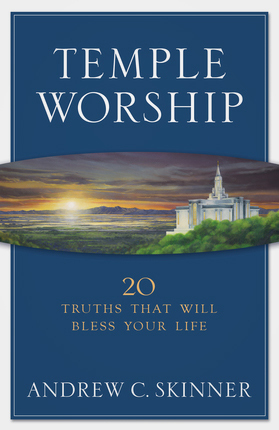 Get more fascinating insights from Andrew C. Skinner in Temple Worship: 20 Truths That Will Bless Your Life.

Temple Worship eloquently describes the joys and blessings of temple worship — and how we can get the most out of our temple experience. In this inspiring, practical book, Andrew Skinner shows how the temple represents the "ultimate" in our worship, how temple ordinances are tied to the Atonement, how temple blessings apply to all — especially to those who walk life's road alone — and how the temple prepares us for exaltation. Weaving in personal experiences and statements from modern prophets, he bears witness that the sealing ordinances are a source of great comfort and security, that temples are places of personal revelation, and that unseen beings attend us there. This book will permanently change your feelings about the temple.