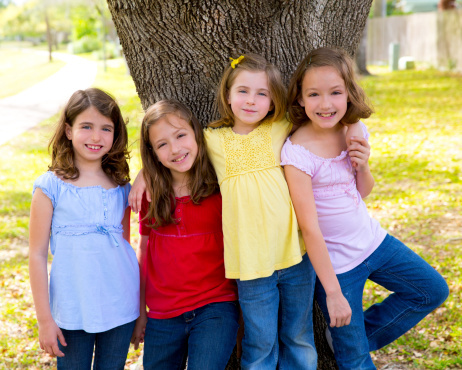 The Importance of Raising Daughters to Dream

When I was engaged, I once joked that I wanted to have four daughters. As luck would have it, I beat the odds, and my husband and I do indeed have four daughters who are currently 11, 10, 8, and 6 years old. We’ve found that having four girls and no boys does have some major advantages: for one, we get to specialize. Having a household of girls has made my husband and me hyperaware of the messages they absorb. But this has not always been the case. Despite our awareness of the negative messages bombarding girls from a variety of sources, we did not realize how proactive we would have to be to combat all the permutations of these limiting messages, some of which are super sneaky and slide under our radar.

It has become clearer and clearer that the implicit and explicit messages directed at girls differ greatly from those that boys receive. Where boys are often encouraged to be leaders and innovators, girls are often valued for their physical appearance and are portrayed as silent or secondary characters in the world. We knew our daughters were extremely capable of being their own protagonists, but as we began to examine their behavior we realized that they were sometimes mirroring the unnecessarily passive characteristics they saw, which would inevitably limit their future choices.

Read the rest of this story at aspiringmormonwomen.org