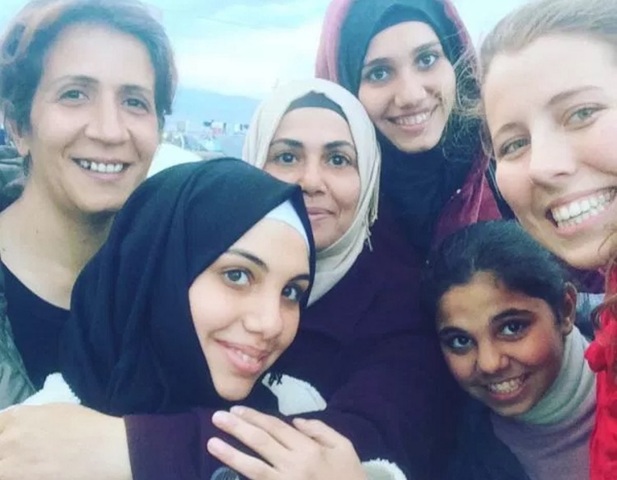 After traveling half a world away to help refugees in Greece, BYU student Melena Warden says, "I’m learning that instead of thinking I need to help everyone, I need to look at those around me and know that’s enough."

BYU student Melena Warden moves down the line at a refugee camp in Moria, Greece. She can’t provide the refugees with assurances of asylum, but she can provide them with a sense of humanity.

“They’re treated like less than human,” Warden said. “I think they crave this human connection that makes them feel like they’re normal. They’re just like us. They’re here because they have to be, because war pushed them out; not because they want to be.”

Warden used bits of Farsi and Arabic she had learned while waiting in line with refugees from Afghanistan and Syria in order to learn their stories.

“When they saw I was trying to get to their level and speak to them in their language, they’d light up and respect me,” she said.

Lead image from the Daily Universe.