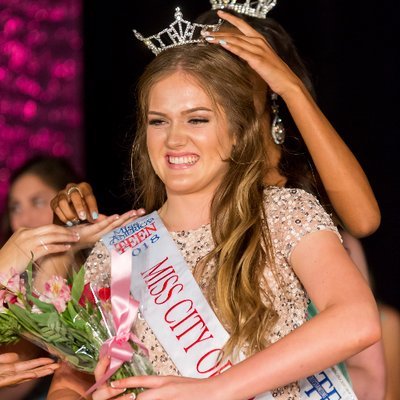 Ford’s decision to run was a surprise to her parents. According to inmaricopa.com's November 2017 print issue, “Ford would rather have her face covered in mud than makeup.” She’s captain of her high school’s varsity volleyball team and spent countless hours of summer sweating, training for this year’s season.

But Ford’s inspiration didn’t come from the glamour of a banner and a crown, but a desire to give back to her city and the community members that supported her when her older brother Nate was killed two years ago.

Ford was only 14 when her brother was suddenly killed by a cattle truck. The morning of his death, they had been planning to go to seminary together, but Ford didn’t wake up. “The last words he said to her were, “I love you Kenz.” Hours later, Nate was ejected from his F-250 and died on impact,” Holliday reported.

“When my brother passed away, I was in a lot of need,” Ford told inmaricopa.com. “The people who stepped up was Maricopa. They were the ones who wrapped their arms around me when I needed it the most, so I decided this pageant was the best way to give back to the community that has given so much to me.”

Ford’s platform is called “Everyday Heroes.” She uses her Miss Maricopa’s Outstanding Teen social media channels to share videos of everyday good deeds performed by the youth in her community.  The idea came from Ford’s mother, who started “Mothers of Everyday Heroes” in honor of her son, who left a legacy of service to his family and community.

“When our brother died, a little piece of us went with him. We honor him by carrying on his legacy and Mackenzie is making great leaps and bounds in giving back to our family’s small town of Maricopa,” Holliday wrote.

Competing in this pageant and focusing on service has helped Ford heal and feel closer to her brother.  She plans to continue spreading “Everyday Heroes” by running for Miss Arizona’s Outstanding Teen next June.