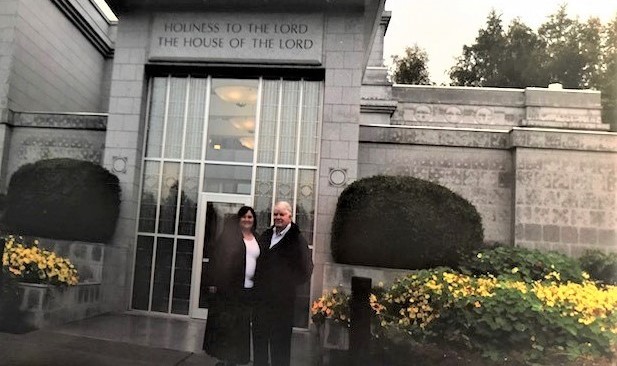 Over the last 20 years, Randy and Maryanne Ellison have visited 123 temples. Each temple trip has a unique story, but during this journey the Ellisons have found that the more temples and Saints they have visited around the world, the deeper their appreciation grows for God’s works and blessings.

“During this process, we have learned a great deal about the Lord’s work in that each temple is the same—whether it is big, small, or medium. Because of what is going on inside the walls, they are all the same,” Randy says.

The Ellisons are both retired and live in Indianapolis, Indiana. They have two kids and five grandchildren. They travel around the world using the airline and hotel miles they collected when they worked for the government. Randy says they try to visit 10 temples each year, and for each temple they visit they purchase an ornament to put on their Christmas tree. 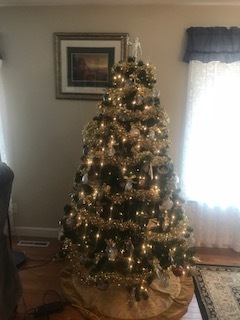 While Randy and Maryanne were visiting the temple in Stockholm, Sweden, they were approached by a member of the temple presidency who asked if they were interested in being temple workers. After learning the Ellisons were from Indianapolis, the man said the missionary who baptized him 25 years ago, Elder Hart, was from Indiana.

“You are not going to believe this, but that is our home teacher,” Randy replied. The member of the temple presidency was the only person Brother Hart baptized during his two-year mission, and the two were able to reconnect through the Ellisons. After that experience, Randy realized, “The Lord has a plan and you just become a small part of it.”

While Randy and his wife were planning to visit a temple in Guatemala, a sister in their ward gave them a box of dental supplies to bring to dentists performing humanitarian work in the country. They loaded this box into a suitcase and gave it to friends who were severing a temple mission in Guatemala. These friends later told the Ellisons the dentist who received the supplies wept. “You have no idea what this means to these people,” he said. He then explained that roughly 10,000 people who lived in rural areas nearby did not have access to these kinds of supplies. The dental supplies came as a drop of water in the desert. “Most people think it’s insignificant, but to these people, they have basically nothing. Toothpaste and toothbrushes are small things, but they are significant to them,” Randy says.

After Randy and Maryanne left Guatemala, they received an email from their friend saying a young missionary reported to the MTC in Guatemala, and he was carrying a trash bag that contained all of his personal belongings. This young elder later received the suitcase that Randy and Maryanne had used to transport the box of dental supplies. “I’m amazed the Lord will allow me to play a very small part in something that turned out to be significant for so many people,” Randy says.

An Appreciation of Temples 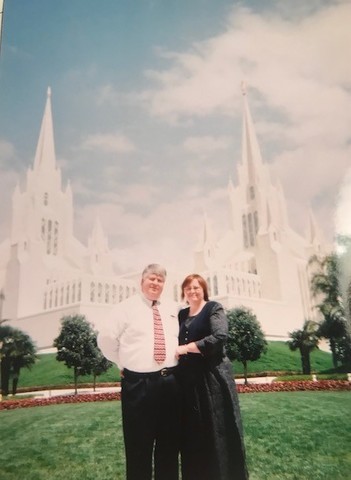 There are several times Randy and Maryanne have felt the Spirit strongly while they attended the temple. During their visit to the Logan Utah Temple, Randy was carrying the name of one of Maryanne’s ancestors. He said when he reached the veil, he felt the Spirit overwhelm him and he could hardly speak as his voice began to crack from emotion. As soon as the ordinance was complete, it was like a cool breeze flowed over him and everything was normal. “I could only believe this man was very excited to have his work completed,” Randy says.

A similar experience happened while they were visiting the temple in Sapporo, Japan. Maryanne brought a pile of family names from a lady in their ward, and the workers started to tear up when they saw all of those family names. The workers told the Ellisons they had been praying for names so they could perform initiatories in the temple. Randy said the temple workers were so excited, some even began acting as patrons to help.

“The Lord is aware of our needs, without a doubt,” Randy says.

Randy says the experience of visiting temples around the world helps him better understand the work of God, and it inspires him to appreciate the temple more and find ways to serve.

“[Visiting temples] makes me appreciate the priesthood which I hold; it makes me have a stronger desire to learn about the mysteries of the kingdom. It allows me to see how thankful I am and should be for this country because it is a choice land,” Randy says.

Randy and Maryanne try to leave a copy of the Ensign on their airplane seat for others who may be searching for answers. They hope maybe it can lead to a missionary discussion.

When unexpected delays happen during these temple trips, like flight changes or sickness, Randy says he tries to follow the advice of President Gordon B. Hinckley, “Don’t worry; everything will work out.”

“The final goal may not be according to our schedule, but the end result meets the Lord’s schedule. We need to remember that man’s ways are not the Lord’s way,” Randy says.