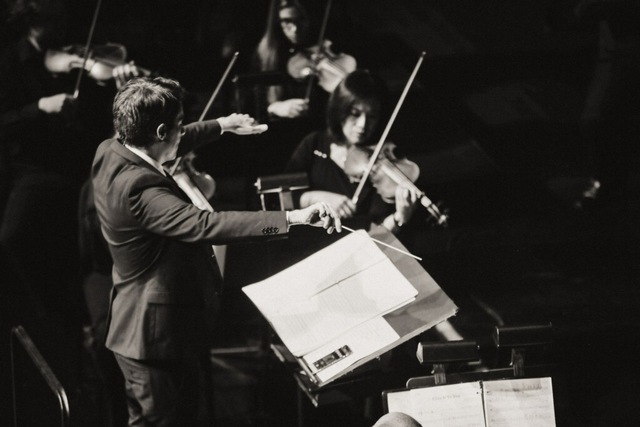 The ‘Lamb of God’ composer calls Peter and Judas ‘interesting foils’ of each other. Here’s why

We weren’t there in the Garden of Gethsemane and we weren’t there by the Garden Tomb when the Savior rose again. We also weren’t present when the Father and the Son appeared to the boy Joseph Smith or when key characters from Church history met each other for the first time. We have studied these stories and heard them countless times, so it may be easy for us to feel like we know exactly what happened, why people reacted the way they did, or made the choices they did. But there is so much we don’t know.

As Casey Elliott said on this week’s All In podcast, “We look at it through our current modern-day eyes and we think, ‘Oh, that's so unacceptable, or how weak of them. How could they falter? And yet, we just have to remember that it was a very different time…and it was so new—they were receiving revelation on a daily basis.”

Elliott, best known as a member of GENTRI, plays Peter in the concert film of Lamb of God, which opened in theaters this weekend. In anticipation for the film, we spoke with composer Rob Gardner, who wrote all of the film’s music and directed the production, on Instagram Live. Gardner spoke of this same principle of giving grace to people we read about in scripture or Church history while also discussing the role that hope played in the lives of those best acquainted with Christ during His earthly ministry.

Morgan Jones: One of the things that you’ve talked about is that this is a story of hope, and I think that obviously there’s the story of the Resurrection of Jesus Christ, which is a story of hope in and of itself. But I love the way that Lamb of God invites us into the lives of the people that surrounded Christ. And I think that they also teach us lessons about hope that extend even beyond the Resurrection. So what would you say we learn from these people about why we, ourselves, should feel hope in our own lives?

Rob Gardner: What we often don’t think about whenever we see a story, especially one that’s a true story, is that we usually know the end from the beginning. So when Lamb of God starts, we know that Christ is going to be resurrected. So we already have that perspective [and] we tend to judge Thomas and Peter and others on their decisions, assuming that they knew it too. So why wouldn’t Mary Magdalene recognize Christ in the garden? He’s obviously going to be resurrected, but for them, this was new—this was something that had never happened. And even now, we would be pretty amazed if someone was resurrected. But we don’t give them credit for that.

With them, the interesting contrast [is] . . . Judas and Peter are interesting foils for an interesting reason in that, for me, both of them made mistakes, at least in their own minds. . . . But the difference between them in this moment is that Judas, in his mistake, saw no redemption and lost all hope—so much so that he took his own life. He couldn’t see that there was any hope left for him. Peter must have still had a touch, at least, of hope—a glimmer of hope that there was hope for him in redemption. [Otherwise,] he would’ve given up and not gone forward. And because of that, he was redeemed and his life became this—I mean it was difficult, it was not easy after that—but he became something greater than he was before his mistake. And I think that, to me, was always the goal of Lamb of God . . . I knew I needed to take Lamb of God to dark places because there were really dark places in these people’s lives.

When Lazarus was dead, [Martha] was in a very, very dark place. She had lost her brother and she also was feeling hurt by her friend, that He wasn’t there when she called for Him. And she knew He could’ve saved [Lazarus], right? And Peter in his moment, and Thomas in his moment—these are really dark moments [for each of them]. So we had to go there, but any time I went to this dark, dark moment, I wanted to make sure that whether it was orchestrational, or storywise, or through a lyric, that there was this glimmer of light. And playing with this idea of light against darkness and darkness against light. So, for me, what these people teach us is that no matter what, we’ve got to hold on and look for that hope in all these things. And that’s ultimately what carries us through. . . . Tomorrow may well be better than today, the next hour may well be better than this hour, and sometimes we have to fight for it.