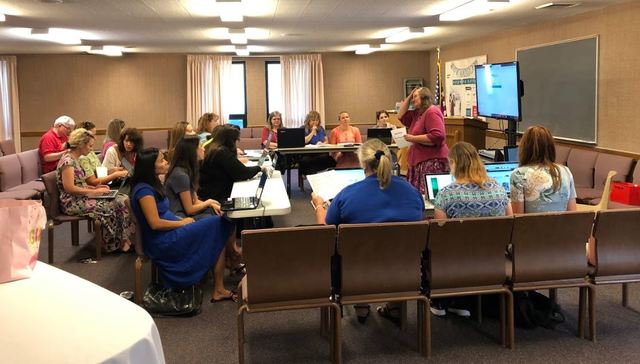 While residents up and down the Southeast coast prepped for possible impacts from Hurricane Dorian last week, over 200 volunteers from The Church of Jesus Christ of Latter-day Saints have been preparing to help those that were impacted by the storm. Groups of volunteers across the Raleigh-Durham area have been training to help with the Crisis Cleanup hotline. The helpline in this area is set up to start taking calls beginning this week and will continue until Friday, September 20th.

Just last year, over 8,000 phone calls were handled by many of these same volunteers. They assisted communities in North Carolina, South Carolina, Georgia, and Florida that were affected by Hurricanes Matthew and Florence.

Elder Matthew Harding, Area Seventy of the Church, remarked, “The volunteer response is inspiring. The gospel of Jesus Christ in action requires planning, discipline and a whole lot of love. Serving our communities brings us all closer to one another with that love. Seeing so much good arise out of challenging circumstances strengthens my faith in God and humanity.”

Teri Hanna, who serves as an emergency preparedness specialist in the South Raleigh area for the Church, spent weeks last year training team leaders to handle the call volume.

“Many phone volunteers were touched by the victim's stories of loss and hardship. Some stopped after completing the call to pray for particular individuals affected by the hurricanes, while others shed tears after listening to stories of how victims were suffering,” recalled Hanna. 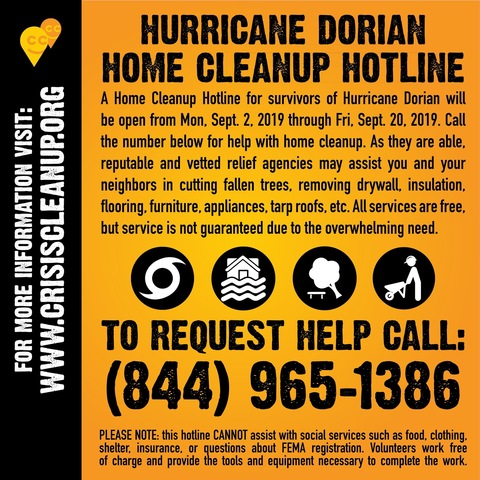 The crisis hotline is a number that storm victims can call to help with home cleanup due to damage. Volunteers primarily work from home by answering forwarded calls. These calls then generate a detailed work order which is sent to another group of volunteers, who have been formed into work crews, and are ready to head into disaster-struck areas to help. The work orders mainly consist of debris removal, fallen tree removal, covering damaged roofs with tarps and mucking-out homes.

According to Hanna, each hour spent on the phone talking with survivors and getting detailed requests for property cleanup saves volunteer work crews 29.5 hours on the ground. Last year, more than 150 volunteers answered phone calls from storm victims and 2,460 work orders were created.

Hanna stated that church leaders are prepared and are ready to respond immediately to relief efforts. Their desire to serve others is equally met by members of their congregations. One of those volunteers was Heather Willard from Holly Springs. Willard took calls day in and day out for about two months last year.

She spent hours of her time listening, and sometimes comforting, strangers on the other end of the phone line.

“Working on the Cleanup Crisis hotline has been an absolute blessing to me. It was such a unique opportunity to serve. I could feel the gentle guidance of the Holy Ghost during the hundreds of conversations I had with victims of Hurricane Florence and Hurricane Michael,” Willard remembered.

Her family collectively helped in the relief efforts last year. As she spent hours in her home answering calls, her husband and teenage children were helping those affected as part of the organized cleanup crews.

Willard said she and her family were humbled by the experience and ready to serve again.

According to the Crisis Cleanup website, they have assisted with 133 disasters, including tornados, hurricanes, flooding, and fires since July 2012.

Mormon Life Hurricane ServiceHurricane,Service,Mormon Life
Comments and feedback can be sent to feedback@ldsliving.com