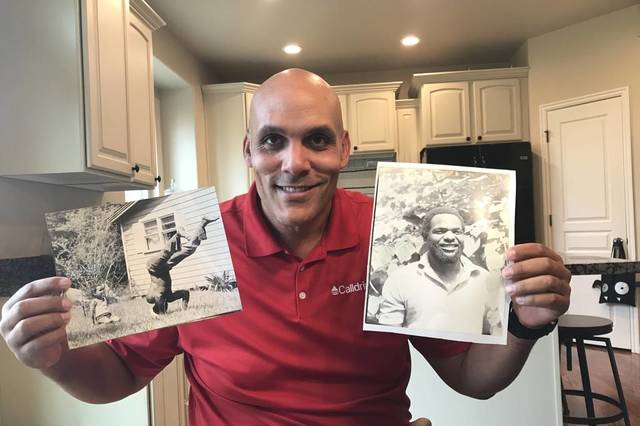 Last Christmas, Ed Kehl's wife bought him a DNA kit, but he didn't even bother with it.

The former BYU and NFL lineman knew he was adopted at age 12 and was grateful to be raised in the loving home of Gary and Nancy Kehl. On occasions when his other adopted siblings found their biological families, Ed Kehl, a member of The Church of Jesus Christ of Latter-day Saints, causally searched for his too, but was unsuccessful. Over time he lost interest in looking.

"I assumed nothing was going to happen," Kehl said. "I was thinking why get my hopes up when nothing is probably going to happen. Come to find out I was looking for the wrong name."

Then less than 24 hours after giving his sister, Debbie Weaver, the family's genealogical guru, a few names he could remember, Kehl suddenly found contact information for a brother and two sisters. They in turn guided Kehl to his father, "Big George" Young, in Gainesville, Florida, who had never lost hope of finding his son after he was taken by his mother more than 35 years earlier.