Visions, dreams, faith, and sacrifice. These are many reoccurring elements in the conversion stories of some of the very first members of The Church of Jesus Christ of Latter-day Saints. Learn more about their incredible stories in the accounts below.

The following are excerpts from the Church's new groundbreaking history, Saints: The Standard of Truth. Read it for free through the Gospel Library app and at saints.lds.org or buy a hard copy to own at Deseret Book. Be sure to also check out the Saints podcast here.

Solomon Chamberlin, a preacher on his way to Canada, first heard about the “Gold Bible” from a family he lodged with near Palmyra. Like Thomas Marsh, he had moved from church to church throughout his life but felt dissatisfied with what he saw. Some churches preached gospel principles and believed in spiritual gifts, but they did not have God’s prophets or His priesthood.  Solomon felt the time was coming when the Lord would bring forth His church.

As Solomon listened to the family talk about Joseph Smith and the gold plates, he felt electrified from head to toe, and he determined to find the Smiths and learn more about the book.

He set out for the Smith house and met Hyrum at the door. “Peace be to this house,” Solomon said.

“I hope it will be peace,” Hyrum replied.

“Is there anyone here,” asked Solomon, “that believes in visions or revelations?”

Solomon told Hyrum about a vision he had seen years before. In it, an angel had said that God had no church on the earth but would soon raise one up that had power like the apostles’ church of old. Hyrum and the others in the house understood what Solomon said and told him they shared his belief.

“I wish you would make known some of your discoveries,” Solomon said. “I think I can bear them.”

Hyrum invited him to stay at the Smith farm as a guest and showed him the Book of Mormon manuscript. Solomon studied it for two days and went with Hyrum to Grandin’s printing office, where a printer gave him sixty-four printed pages. With the unbound pages in hand, Solomon continued on to Canada, preaching everything he knew about the new faith along the way.13 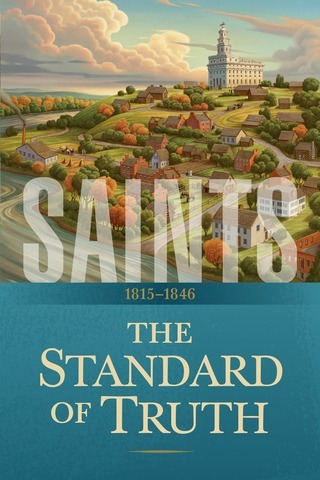 Hundreds of miles to the west, a farmer named Parley Pratt felt the Spirit urging him to leave his home and family to preach of the prophecies and spiritual gifts he found in the Bible. He sold his farm at a loss and trusted God would bless him for giving up everything for Christ.

With only a few items of clothing and just enough money to make the journey, he and his wife, Thankful, left their home and headed east to visit family before he set out to preach. As they traveled by canal, however, Parley turned to Thankful and asked her to go on without him. He felt the Spirit directing him to get off the boat.

Parley disembarked and walked ten miles into the countryside, where he came upon the home of a Baptist deacon who told him about a strange new book he had acquired. It claimed to be an ancient record, the man said, translated from gold plates with the help of angels and visions. The deacon did not have the book with him, but he promised to show it to Parley the following day.

The next morning, Parley returned to the deacon’s house. He opened the book eagerly and read its title page. He then turned to the back of the book and read  the testimonies of several witnesses. The words drew him in, and he started the book from the beginning. Hours passed, but he could not stop reading. Eating and sleeping were a burden. The Spirit of the Lord was upon him, and he knew the book was true.7

Parley soon made his way to the nearby village of Palmyra, determined to meet the translator of the book. People in town pointed him to a farm a few miles down the road. As Parley walked in that direction, he saw a man and asked him where he could find Joseph Smith. The man told him that Joseph lived in Harmony, a hundred miles south, but introduced himself as Hyrum Smith, the prophet’s brother.

They talked most of the night, and Hyrum testified of the Book of Mormon, the restoration of the priesthood, and the Lord’s work in the latter days. The next morning, Parley had preaching appointments to fulfill, so Hyrum gave him a copy of the book and sent him on his way.

Parley opened the book at his next opportunity and discovered, to his joy, that the resurrected Lord had visited the people of ancient America and taught them His gospel. The message of the book, Parley realized, was worth more than all the riches of the world.

When his preaching appointments were over, Parley returned to the Smith house. Hyrum welcomed him back and invited him to visit the Whitmer farm, where he could meet a growing congregation of church members.

Eager to learn more, Parley accepted the invitation. A few days later, he was baptized.8

That same summer, in a town two days’ journey from Fayette, Rhoda Greene found Samuel Smith, the prophet’s brother, on her doorstep. Rhoda had met Samuel earlier that year when he left a copy of the Book of Mormon at her house. Her husband, John, was a traveling preacher for another faith, and he thought the book was nonsense, but he had promised to take it with him on his circuit and collect the names of anyone interested in its message.

Rhoda invited Samuel inside and told him no one had shown any interest in the Book of Mormon so far. “You will have to take the book,” she said. “Mr. Greene does not seem to feel like buying it.”

Samuel took the Book of Mormon and was turning to leave when Rhoda mentioned that she had read it and liked it. Samuel paused. “I will give you this book,” he said, returning the copy. “The Spirit of God forbids my taking it away.”

Rhoda felt overcome with emotion as she took the book back. “Ask God to give you a testimony of the truth  of the work,” Samuel said, “and you will feel a burning sensation in your breast, which is the Spirit of God.”

Later, after her husband came home, Rhoda told him about Samuel’s visit. At first John was reluctant to pray about the book, but Rhoda convinced him to trust Samuel’s promise.

“I do know that he would not tell an untruth,” she said. “I know he must be a good man if there ever was one.”

Rhoda and John prayed about the book and received a testimony of its truth. They then shared it with their family and neighbors, including Rhoda’s younger brother Brigham Young and his friend Heber Kimball.25 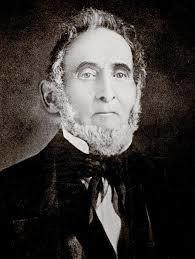 In the fall, thirty-eight-year-old Sidney Rigdon listened politely as Parley Pratt and his three companions testified of a new work of scripture, the Book of Mormon. But Sidney was not interested. For years, he had exhorted people in and around the village of Kirtland, Ohio, to read the Bible and return to the principles of the New Testament church. The Bible had always guided his life, he told the missionaries, and it was enough.26

“You brought the truth to me,” Parley reminded Sidney. “I now ask you as a friend to read this for my sake.”27

“You must not argue with me on the subject,” Sidney insisted. “But I will read your book and see what claim it has upon my faith.”28

Parley asked Sidney if they could preach to his congregation. Although he was skeptical of their message, Sidney gave them permission.

After the missionaries left, Sidney read parts of the book and found he could not dismiss it.29 By the time Parley and Oliver preached to his congregation, he had no desire to warn anyone against the book. When he rose to speak at the end of the meeting, he quoted the Bible.

But Sidney remained uncertain about what to do. Accepting the Book of Mormon would mean losing his employment as a pastor. He had a good congregation, and they provided him, his wife, Phebe, and their six children with a comfortable life. Some people in the congregation were even building a home for them.31 Could he really ask his family to walk away from the comfort they enjoyed?

Sidney prayed until a sense of peace rested over him. He knew the Book of Mormon was true. “Flesh and blood hath not revealed it unto me,” he exclaimed, “but my Father which is in heaven.”32

Sidney shared his feelings with Phebe. “My dear,” he said, “you have once followed me into poverty. Are you again willing to do the same?”

“I have counted the cost,” she replied. “It is my desire to do the will of God, come life or come death.”33 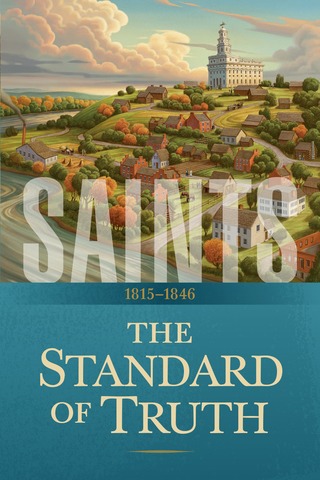