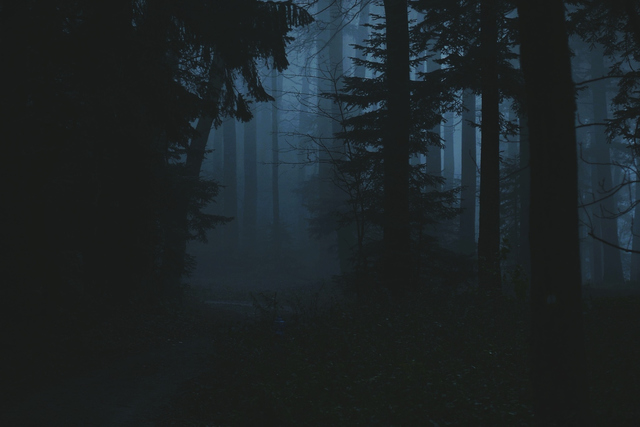 It's only 32 verses, but it's a life-changer—an unforgettable and highly applicable metaphor. We call it Lehi's dream. The basic elements of the dream are: the tree of life, the rod of iron, the mists of darkness, and the ominious great and spacious building. With very little effort, we can identify things that happen to us every day that remind us of the dream—light and darkness, love and contention, agency and bondage, purity and filthiness, peer pressure and steadfastness, happiness and misery. It's all here. All of life fits into this metaphor. Here are a few thoughts about the mist of darkness and how we can navigate it in our lives today.

When the numberless concourses of people commenced in the path, they were met with blinding opposition. Not a blinding light, in this case, but a blinding darkness. And it wasn’t merely a mist of darkness, as we often abbreviate the phrase, but an “exceedingly great” mist of darkness, which caused them to lose their way. Hugh Nibley helps us imagine how frightening a “great mist of darkness” would be to a desert traveler:

Of all the images that haunt the early Arab poets this is by all odds the commonest; it is the standard nightmare of the Arab; and it is the supreme boast of every poet that he has traveled long distances through dark and dreary wastes all alone. Invariably darkness is given as the main source of terror (the heat and glare of the day, though nearly always mentioned, are given second place), and the culminating horror is almost always a “mist of darkness,” a depressing mixture of dust, and clammy fog, which, added to the night, completes the confusion of any who wander in the waste. Quite contrary to what one would expect, these dank mists are described by travelers in all parts of Arabia, and al-Ajajj, one of the greatest of early desert poets, tell how a “mist of darkness” makes it impossible for him to continue a journey to Damascus. In its nature and effect Lehi’s “mist of darkness” (1 Nephi 8:23) conforms to this strange phenomenon most exactly (Lehi in the Desert, 47– 48).

Scripturally speaking, “light” is synonymous with knowledge, as in “The glory of God is intelligence, or, in other words, light and truth” (D&C 93:36). Darkness means lack of knowledge or ignorance as in “he that hateth his brother is in darkness, and walketh in darkness hath blinded his eyes” (1 John 2:11). Clearly, this mist wasn’t just a mist in the darkness, since the setting of the dream is in broad daylight, but as mist of darkness. Lehi was not describing a light-colored mist, like a steam or fog, but a mist of dark smoke that blinds, and losing one’s ability to see while in the middle of a treacherous journey changes everything.

Another consequence we might consider as we ponder the impact of the mist of darkness is loneliness. A thick mist of darkness would isolate travelers from all the others on the path. Before the mist arose, there was at least the comfort of “strength in numbers” since we are told that many of the “numberless concourses” pressed forward to obtain the path that led to the tree.

The mist of darkness would, in effect, make them alone in the dark—a place where souls are more vulnerable to temptation. So what was already “dark and dreary” became “lone and dreary” as well.

Also, although we benefit greatly from the positive influence of our brothers and sisters who surround us on the straight and narrow, eventually each of us discover that we cannot endure on borrowed light, or rely solely on positive peer pressure from others to see us through. Pressing forward on the path will, at some point, become an individual effort and an individual decision.

Lehi first mentioned the rod of iron in verse 20, the same verse in which he mentioned the strait and narrow path, but it appears that travelers paid little attention to the iron rod until its presence became critical. You’ll notice that Lehi saw numberless concourses of people who were eager to “obtain the path” (verse 21). But it was only after the mist of darkness arose that, suddenly, their objective changed. The next group Lehi mentioned came forward—not with the objective to “obtain the path,” but to catch “hold of the end of the rod of iron” (verse 24).

And it came to pass that I beheld others pressing forward, and they came forth and caught hold of the end of the rod of iron; and they did press forward through the mist of darkness, clinging to the rod of iron, even until they did come forth and partake of the fruit of the tree (1 Nephi 8: 24).

This group, the “others pressing forward,” did not merely get their feet on the path but “caught hold of the rod of iron,” enabling them to press forward even while blinded by the exceedingly great mist of darkness. With their guide-rail and guardrail in hand, they eventually arrived at the tree of life.

Applying the Dream to Our Reality

Nephi described the mist of darkness in terms of what it represents and of its effect on mankind in chilling terms:

And the mists of darkness are the temptations of the devil, which blinded the eyes, and hardeneth the hearts of the children of men, and leadeth them away into broad roads, that they perish and are lost (1 Nephi 12:17).

The rod of iron is the antidote to the mists of darkness—it enables the blind or those who are surrounded by darkness to “see” where they’re going. If you’ve ever visited a large cave, like Timpanogos Cave in Utah or the Sitting Bull Crystal Caverns near Mount Rushmore, you may have experienced the frightening thrill of being instantly immersed in total blackness when the tour guide douses the lights. You may have noticed that your immediate reaction is to reach for something to hold onto (which is why I always take my wife). Most often the caves are equipped with railings, or “rods of iron,” to lead you along the invisible path out of darkness and into safety and light. Should the power suddenly go out during your cave visit, you could feel your way out because of the railings.

Iron is a symbol of hardness, durability, strength, and firmness. I’ve participated in many Lehi’s dream reenactments at youth conferences where a heavy rope was used to symbolize the iron rod. The problem is that a rope can be cut, bent, or moved, and one person can actually move another off the path by yanking the rope. (It’s fairly easy to imagine that happening at a youth conference, isn’t it?) If you were on the edge of a cliff or by a river of filthy water, a rope would not make you feel nearly as safe as a rod of iron. A rod of iron is steadfast and immovable!

The benefits of holding fast to the rod of iron were articulated by Nephi to his brothers. Nephi mentioned not only the iron rod’s darkness-piercing properties but its dart-quenching ability:

I said unto them that it was the word of God; and whoso would hearken unto the word of God, and would hold fast unto it, they would never perish; neither could the temptations and the fiery darts of the adversary overpower them unto blindness, to lead them away to destruction (1 Nephi 15:24).

The Lord wants every part of us, doesn’t He? He wants both feet on the strait and narrow, He wants both hands on the rod of iron, and He wants us to serve with all our heart, might, mind, and strength. Elder Neal A. Maxwell combined Paul’s “armor of God” imagery (see Ephesians 6:11–17) with the metaphor of the “tree of life” when he observed:

Real disciples absorb the fiery darts of the adversary by holding aloft the quenching shield of faith with one hand, while holding to the iron rod with the other. There should be no mistaking; it will take both hands! (“Overcome . . . Even as I Also Overcame,” 70).

It’s probably safe to assume that anyone who is currently sitting down reading a Church book is “on the path,” especially when there are so many other things they could be doing. But Lehi was teaching us to beware of the complacency that may come with being merely “on the path.” Remember, Lehi observed, “They who had commenced in the path did lose their way” (1 Nephi 8:23). In our own minds, we can ponder what it means to be not only on the path but clinging to, and continually holding fast to, the iron rod.

Another way of saying “continually holding fast” is “never letting go.” If you are continually holding fast, you are unable to touch that which is evil or unclean. Moroni, in the fifth to last verse in the entire Book of Mormon, counseled, “And again I would exhort you that ye would come unto Christ, and lay hold upon every good gift, and touch not the evil gift, nor the unclean thing” (Moroni 10:30). 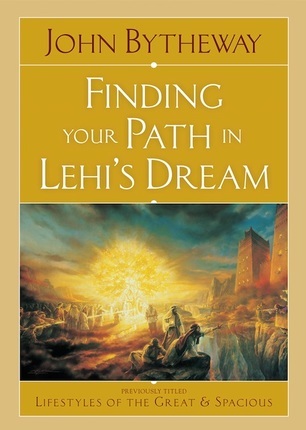 With every passing day, the unforgettable imagery in Lehi’s dream becomes more real and more relevant. In our modern world, we can literally hear the taunts and see the pointing fingers of people like those in the great and spacious building. We find ourselves clinging with greater energy to the rod of iron as we work through the massive mists of darkness toward the tree of life. In Finding Your Path in Lehi's Dream, John Bytheway looks at Lehi’s dream, and with his characteristic humor, comments from Church leaders, scholarly insights, and personal experiences, he expands our understanding of these precious verses of scripture.