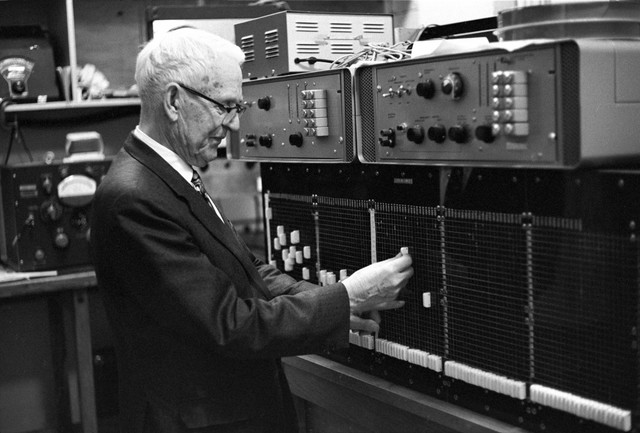 The Mormon Who Just Won a 2016 Grammy Award

Over 25 years after his death, BYU graduate and sound-recording pioneer Harvey Fletcher was recognized for his historic contributions to the recording world at this year's Grammy's.

BYU’s very first physics graduate, known to many as the “Father of Stereophonic Sound,” is being recognized by the National Academy of Recording Arts and Sciences at this year’s Grammy Awards.

The Recording Academy selected Dr. Harvey Fletcher to win a posthumous Technical Grammy Award for his work with Leopold Stokowski and the Philadelphia Orchestra, producing more than a hundred of the world’s first stereophonic recordings.

Fletcher was the first to successfully record stereo sound, perform a public demonstration of stereophonic sound, and transmit stereo sound live. He also produced the world’s first vinyl recording, at 60 dB dynamic range and 10 kHz bandwidth. All of these scientific breakthroughs were accomplished within two years, between 1932 and 1933.

Lead image from BYU's College of Physical and Mathematical Sciences.