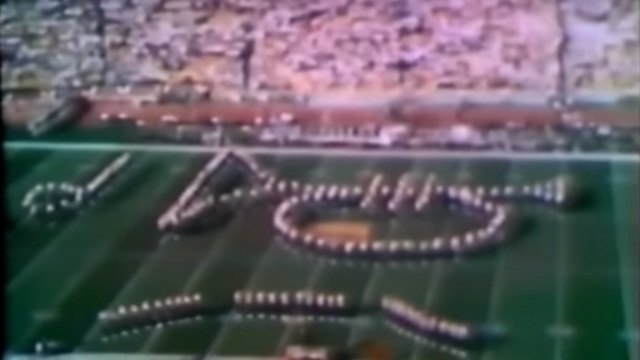 Oh, how times have changed!

There were no dancing sharks, no Beyonce and a Destiny's Child reunion, no Prince rocking out in the midst of a Miami thunderstorm when two professional football teams met to settle a championship at the Los Angeles Memorial Coliseum Jan. 15, 1967.

► You'll also like: Top 12 Mormon NFL Players of All Time

Those over-the-top performances would come later in the annals of Super Bowl halftime megashows.

There were, however, plenty of other big-for-their-day halftime pyrotechnics, including a pair of men flying around with jet packs and a shootout at the O.K. Corral, when the Green Bay Packers and Kansas City Chiefs faced off in Super Bowl I.

Then-20-year-old Andrea Griffith was there, soaking it all in while playing her part. The Tucson, Arizona, native and member of The Church of Jesus Christ of Latter-day Saints was on the field for that first Super Bowl as the first chair flutist for the University of Arizona marching band.