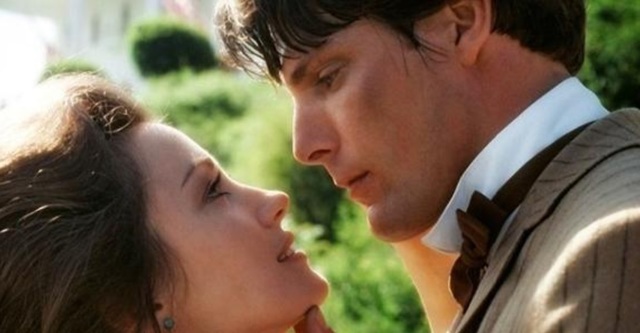 Did you know that the iconic movie Somewhere in Time was based on the real life of an LDS actress?

While a time-traveling Christopher Reeve might not be true to LDS life, there is no doubt that Mormons know about love that lasts through the ages. In fact, that's one of the gospel truths we most cherish.

But Mormons have more of a connection to this classic romance than just our knowledge of eternal families. In fact, Jane Seymour’s character, Elisa McKenna, is based on the real-life career of LDS actress Maude Adams, the most popular actress of the American theater during the early 1900s and the richest performer of her time.

Maude Ewing Adams Kiskadden (November 1, 1872–July 17, 1953), known professionally as Maude Adams, began her career on the stage at just 9 months old. Growing up near Liberty Park in Salt Lake City, Utah, Adams's family joined the LDS Church after her great-grandfather, the cousin and good friend of President John Quincy Adams, moved to Canada. It was there his eldest son met the Mormon missionaries.

Maude's greatest success stemmed from her role as Peter Pan, which she first played on Broadway in 1905. At her peak, her yearly income was $1 million.

But Maude Adams was charitable with her wealth, often supplementing the salaries of other performers. "Her charities are many but quiet," Ada Patterson wrote in 1907. "To the friends of her early life in the West she is loyal and kind."