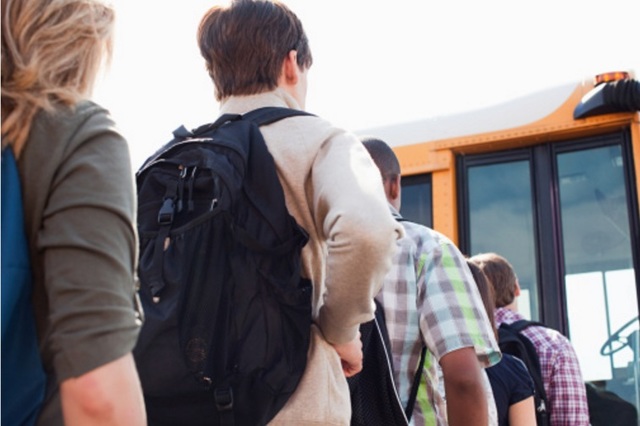 Babies squirmed in our Sacrament meeting while kids whispered in voices louder than their regular talking voices. The adorable little girl with a bow as big as her head in the row in front of me made a face at me, then giggled.

It was a typical day in our family ward. We'd just taken the Sacrament and a youth speaker approached the stand. He was obviously nervous and uncomfortable to be speaking to so many people. Who wouldn't be?

His voice was quiet. It shook a little, with an occasional pause as he tried to find his place. In truth, there was nothing out of the ordinary in the way the talk was presented or in the fact that a young teenager was speaking to an entire chapel of adults, leaders, and children.

Yet, it was the most frustrating talk I've ever heard.

During the talk, the young boy shared a story about getting on the bus every morning to go to school. He mentioned he was very shy and didn't easily talk with new people. Because of that, he often sat on his own. But one day, he suddenly had the prompting to speak to another boy on the bus—one who often sat on his own. A boy who was obviously different.

But then the inexplicable happened. The boy didn't get on the bus one day. In fact, the teenager in our ward never saw him again. He never knew what happened to him. He never even knew his name.

I sat listening to this talk, completely flabbergasted. Every part of me wanted some resolution. I wanted a happy ending. But this youth speaker refused to follow the usual script.

Instead, he shared from deep personal experience the frustration and pain that comes from failing to follow spiritual promptings.

And he did all of this in order to prevent what had happened to him from happening to anyone else. Though the story he shared frustrated me, I was floored by this Latter-day Saint's ability to put himself and his image aside to speak to all of us of life as we know it—to speak of imperfections and simple moments and even frustrations.

No, when we speak to our brothers and sisters, we just need to be real. We need to connect and honestly share a piece of ourselves—no matter how unpolished or imperfect.

I hope in the future I can always remember that talk and the bravery that young Church member showed as he shared his testimony—one gained from trial and error, but one powerful and life-changing for far more people than he might realize.