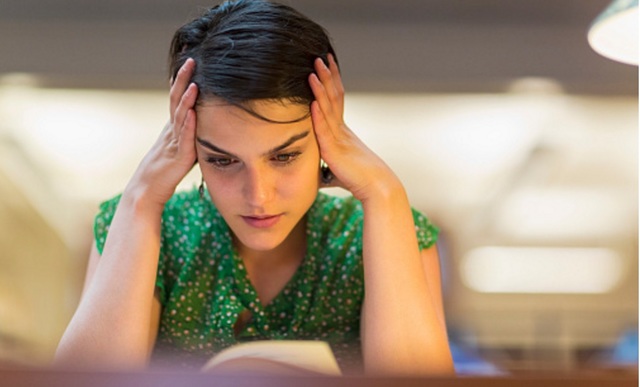 Perfection: it's a difficult charge and a label that's impossible to live up to, but it's a standard so many of us set for ourselves only to find inevitable and sometimes crushing defeat. So what do we do? Hold back? Set the bar low? Here's one LDS woman's story of struggle and how she found a balance between pushing herself too far and giving up entirely.

The tears flow freely, in great racking sobs, as I sit on the edge of my bed one Saturday morning and contemplate everything I'm supposed to do that day. Josh sits next to me, an arm around my shoulder, reminding me to take deep breaths as I begin to slip into erratic fits of hyperventilation. Easier said than done, I think to myself.

From the stake activity I'm supposed to go to with my daughter to the adult prom I've talked myself (and my sister) into attending at the last minute, I know—I just KNOW—that somewhere in there I am going to make a mistake. That I'm going to let someone down. That somewhere along the way I have set some unspoken or unrealistic expectation that I can't or won't fulfill. And I'm going to have to deal with the repercussions of it. I would have been better off staying in bed, I scream inside my head.

But I know I'm wrong.

► You'll also like: Why I Left the Church Is Also Why I'm Going Back

As I have gone from the extremes of maximum overdrive to full-on hermitess, I have discovered one thing: I love people. I mean really love them. Maybe a little too much, at times. Despite my overwhelming fear of not living up to others' expectations—despite my caring so deeply about someone else that I stop caring about myself—I don't really want to be a hermit anymore than I wanted to slam full-steam into a brick wall.

Though I tried to convince myself that I was more satisfied with my life than I had ever been before, there was just something about spending all day in bed and binge watching Netflix that wasn't quite right inside. That just wasn't quite enough. So if being a rock star leaves me hospitalized in hyperventilation, and shutting myself off from the world throws me into the deepest throws of irrational despair, then what the heck am I supposed to do?

Read the rest of this story at www.fightingtherain.com