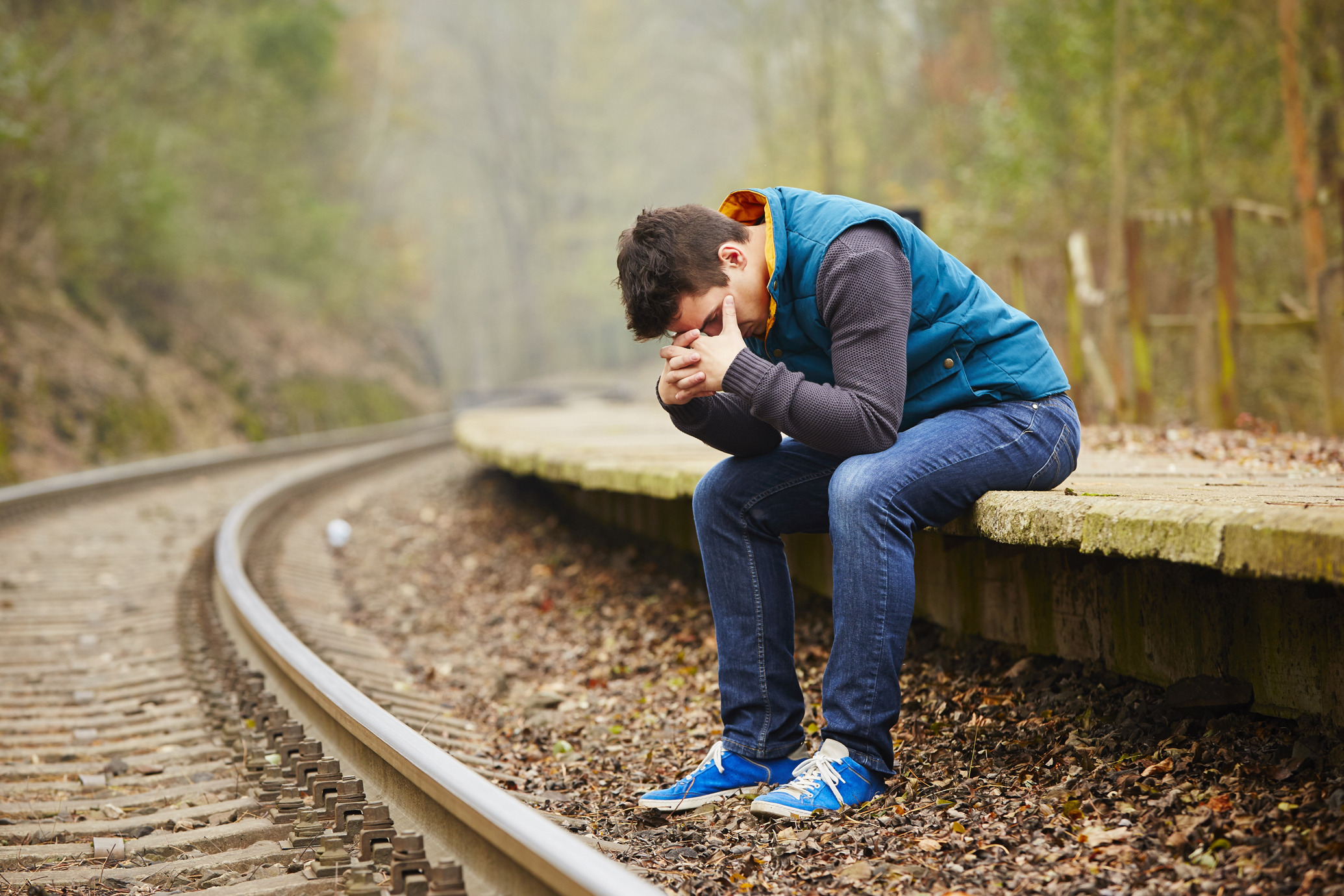 The One Way to Fix a Bad Attitude at Church

When I was about 19 years old, I started to have a bunch of "concerned adults" come up to me on a regular basis and tell me that I needed to change this behavior and that behavior so that I'd be able to go on a mission. You know what? They were exactly right. But at the time I wasn't having any of it.

Nothing that anyone could say to me had enough power to change my mind. I was living my life the way I thought it should be lived. I was a "good person," I'd tell myself. Whatever that means. You could tell me that I needed to serve a mission until you were blue in the face and I'd just shake my head and grab my surfboard.

Telling people to change doesn't work. You've got to show them why it would be beneficial for them to change and then that change needs to come from within.

As I grew up in the church, I felt like there were a lot of instructors but not a lot of teachers. (There's a huge difference) Like many other youth, I was stubborn and prideful and all of the things many of the adults told me went through one ear and out the other. They were a bunch of old people, right? What could they possibly know about my situation?

Recently we were sitting in a leadership meeting prior to a stake conference and our stake president quoted President Boyd K. Packer when he said, "True doctrine, understood, changes attitudes and behavior. The study of the doctrines of the gospel will improve behavior quicker than a study of behavior will improve behavior." Then he asked us a question: "Do any of you have any experiences that show how President Packer's statement is true?"

We sat there in awkward silence for what seemed to be an eternity and then a few good guys raised their hands and gave some great examples. Then I timidly raised my hand and attempted to give an example.

"The best example I can think of for this is me. I was a complete jerk before I read the Book of Mormon." A few people laughed and probably thought I was trying to be funny, but I was serious. I continued,  "People would tell me all the time to go on a mission and it fell on deaf ears. But the minute I read that book, my attitude and my behavior changed immediately."

I felt a little embarrassed but put it out of my mind for the rest of the meeting. I had my head down, and when I looked up, I had Elder Robert Packer (Area Seventy) pointing his finger at me! I thought, "Oh noooooo... What did I do?"

He said, as he waved his finger at me with a big smile on his face, "Brother Trimble, I'm never going to forget the jerk in Riverside California that read the Book of Mormon and changed his behavior." The entire congregation busted up laughing. Elder Packer quickly brought it back: "Isn't this what it's all about! I'll never forget this. As we read the Book of Mormon and as we learn the doctrine, our attitudes and our behaviors change. It's the essence of the gospel."

You've heard David O. McKay say that the gospel is to "make bad men good and good men better, and to change human nature." We turn from being jerks to committed disciples.

My nature was changed not through someone coaxing me to go on a mission but by helping me become immersed in the Book of Mormon. As true doctrine sank into my heart, it was as if the scales fell from my eyes. I could now see why so many people wanted me to go on a mission or change this or that behavior. Their intentions were good as they tried to move me toward a desired destination but throwing a rope of guilt around someone’s neck and pulling them never seems to do the trick. In fact, it may have the opposite effect.

We've got to "teach" the doctrine, testify of Christ, and bring the scriptures to life!

That's the grand secret behind "teaching" and not "instructing". A teacher walks side by side with you until you can walk alone. An instructor takes you by the neck and tells you what to do. You can't move people! All you can do is teach the doctrine and invite the Spirit to move people. Even in classrooms, you'll notice that great teachers usually end up doing the least amount of talking whereas the instructor ends up talking the whole time.

Joseph Smith was a master teacher. He method of correcting attitudes and behaviors was to "teach them correct principles." The resulting action was that "they'd govern themselves". No coaxing. No begging. No guilting. They just changed because they wanted to.

To make my case I'll introduce you to a missionary currently serving in the Ogden Utah Mission. When I met him, he was an 18-year-old priest. He wasn't going on a mission, and I don't think he was very stoked about going to church. He reminded me, well, of me. A few days ago I asked this missionary what made him decide to go on a mission.

What he said is something I'll never forget. And before you rebuke my pride like Aaron rebuked Ammon, just know that I am just grateful to be an instrument in the hands of God in this situation. This young missionary's story is beyond valuable for us “old people."

“The way you influenced me to serve a mission was in so many different ways! First and foremost it was by your example. Your strong love for the Savior always stood out to me as you gave lessons during Priesthood, but there was one moment I can trace back to that changed my life.

You invited everyone in the Priest Quorum to read the Book of Mormon. You challenged everyone to open the book daily even if it was just to read one word. It wasn't even a verse or a chapter, it was one word!

I thought to myself, "is this a joke? How is one word going to do anything?"

I accepted the challenge either way. I had the desire to find out if it was true. Hesitantly I would open the Book of Mormon read one word and close it and would tell myself I was done for the day. At this moment I didn't really have a testimony of the Church or let alone the Book of Mormon. Weeks went by where I just read one word.

One day I was just sitting at my computer bored out of my mind and decided to read more than a word. I read a chapter. The book intrigued me so each day I began to read a few verses. I started to feel the Spirit. It made me happy to read the book. I began to want to read more and more each day and eventually got to the point where that is all I wanted to do every day. I would go to school, come home and read until dinner then read until I would go to sleep. I began to do that daily.

Meanwhile you would invite me to do scripture studies at your house and you were teaching to my knowledge now, some of the missionary discussions! You were out there to rescue the one. I remember the first time I went, you were telling me about your mission and how much you loved it and how much you wish you were still out there serving and you said, "Watch this!" and you called your wife over and asked her, "Where do I wish I was?" and she replied, "Oh here we go again! Your mission!"

You then went on to teach me the Restoration of the Gospel of Jesus Christ. I remember fervently jotting down notes on everything you were saying. In my head I was saying "this has to be true!" I ended up finishing the Book of Mormon and knelt down and offered a prayer to ask if it was true. I received my answer and at that point I was asking myself why doesn't everyone know about this?

I realized I needed to serve a mission to let everyone know about this incredible message. My family was given the Gospel by missionaries who knocked on our apartment door. We have received so many blessings I cannot even begin to list them. The happiness and unity it brought to the family was undeniable.

So why wouldn't I also give up 2 years of my life to help other families receive the same blessings. Being a missionary out here now in the Utah Ogden Mission has given me the most memorable moments in my life and I can attribute it to that invitation you extended in class to read the Book of Mormon. I don't think, hope, or believe the Book of Mormon is true, I KNOW it is.”

As I am now becoming one of those “old people,” I am convinced of one thing.

The doctrine has always had power to do that…and it always will.