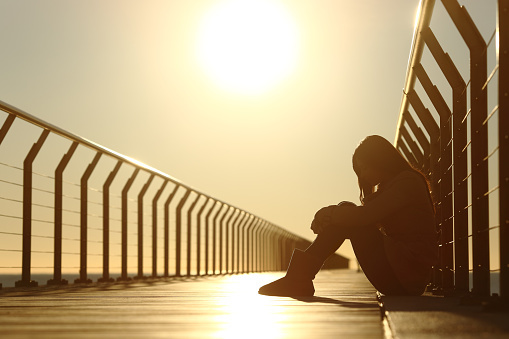 I remember my sister coming home from her first Young Women in Excellence in tears.

She had just made the tricky transition from Primary to a new Beehive, which can also be a time of vulnerability. And I guess everyone already feels a little awkward at that point as they also make the jump from a preteen to a full-blown teenager.

So that combined with what happened that night was what I think helped nudge her attitude toward the Church on a path of apprehensiveness.

From what I heard later from my parents, there was a video shown at the Young Women in Excellence that was a thinly-veiled dig at my sister. At that critical age of wanting to fit in and be accepted above almost anything else, being singled out like this was a heavy blow.

To sum it up, it offended my sister deeply.

I wish I could say that was the last of it, but there was more. There were other instances of intentional, blatant bullying that did not stop despite consulting with Young Women leaders and parents.

All the while, my sister drew a little farther and farther away from the Church.

It was her decision, surely. No one was forcing her to feel the way she did. But it was also the choice of the girls to do and say the things they did, knowing full well how it would hurt my sister.

Of course, we may offend someone unintentionally. In that case, the best we can do is to make amends as soon as we find out we offended someone. We just don't always have control over unintentional offenses, but we have total control over the times we do intentionally offend someone. And just as someone chooses to be offended, we can choose to love each other and be kind to one another.

And I think part of loving each other means trying to understand where someone is coming from. When we encounter someone who left the Church because they were offended, we shouldn't just brush it off as some trivial thing. Again, it was 100 percent their choice to leave, but whatever made them leave was not trivial to them—and the decision to leave the Church was definitely not trivial.

Maybe, eventually, those who left will see the importance and the blessings the gospel brings and decide it's worth more than the pain and humiliation that caused them to leave the Church, but their pain now is very real and should be treated as such.

The most frustrating setback I watched as my sister struggled to remain active was when she found out she was a re-activation project. Many years after her first Young Women in Excellence, she thought she had finally found friends. But instead of making the effort to genuinely be her friend, to really get to know her, my sister became a checkmark to her peers. And when she found out, it was devastating. And having to watch that all unfold after feeling like she was starting to come back to the Church was equally as devasting for my family.

Only the times when I've seen real, genuine love expressed by members toward my sister have I seen any of that apprehensive toward the Church change. Instead of making someone a project, do the real work and get to know them as a friend. It takes time and it takes courage, but showing love like that can have a lasting impact on someone who left the Church.

If you are sincerely trying to befriend someone who is inactive because they were offended, be patient. While growing up and watching my sister struggle, I wish there had been people who didn't just write her off as a "rebellious teenager" or a hopeless inactive. She wasn't then and she isn't now.

Those who left the Church may have some apprehensiveness toward members who reach out to them. They may have even had an experience where people made them a "project" and they knew it. Just be patient. You may never feel like you're making a difference, but if you are showing genuine love and concern, you may be making more of a difference than you will ever know.

My sister made the decision to be offended and leave the Church. No one forced her to, no one made her feel the way she did when she left. But we do have a choice whether or not we intentionally offend someone just as we have the choice to show love for them. Be sure to remember that the next time you think about the members who made the choice to be what some may consider easily offended.

Mormon Life Offended MembersOffended,Members,Mormon Life
Comments and feedback can be sent to feedback@ldsliving.com