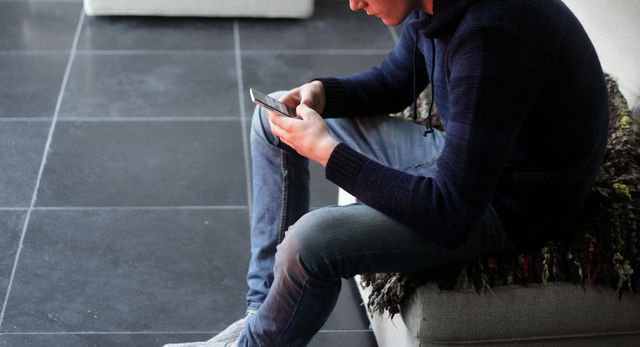 The summer we took our kids to a big East Coast city for a vacation, our then 11–year-old was full of tween swagger. He was mortified when handed a kids menu at restaurants and brazenly declared in the middle of crowded city streets that he would "be right back" while wandering out of our sight.

As his parents, we vacillated between a desire to let him explore his independence and a need to keep him safe. He was, after all, still wearing Pokémon pajamas to bed every night.

That same conundrum came in a different form a few weeks later when my husband discovered a history of questionable YouTube viewing on this same child’s Nintendo DS game system. The search terms he had used to find the trashy videos indicated both a child-like curiosity about sexuality and a dangerous potential to see things that could negatively affect the way he understood procreative power and romantic relationships in the future.

My husband and I talked together for a long time about how we could keep our son safe from the dangers of addiction (we have it in spades in our family), objectification of the human body and loss of empathy for other people that can come from viewing pornographic images. At the same time we wanted to help him answer questions and understand sex as an important and beautifully sacred part of the human experience. As I watched my husband navigate this delicate terrain, I saw that it is possible to do both if you start the conversation out right.

► You'll also like: "12 Ways Pornography Leaks into Your Home (and How to Stop It)"

When my husband first discovered the video history and shared it with me, we were both pretty horrified. Our sweet, sensitive, deeply spiritual child had been searching for these things for almost a full year! How? Why? Who was teaching him this garbage? Why hadn’t we put filters on EVERYTHING? And how had we not noticed it for so very long?

My gut wanted to go immediately to his room and wake him up and confront him about it, because HOW COULD HE DO THIS TO ME? I felt totally deceived, and my own feelings of shame (was I a bad parent?) and betrayal were getting in the way of doing what was right.

It was my husband who reminded me that nothing good would come of a knee-jerk reaction. He wanted to make space for God to teach him what to say to our son. He wanted this to be a learning opportunity for all of us. He didn’t want to start the conversation with accusations and shame.

It reminded me of how Alma talks to his son Corianton in the book of Alma. Remember, Corianton is the wayward kid, the one with some sexual sin in his book of life. But Alma didn’t address Corianton first. He spent time counseling with Helaman (future prophet material) and Shiblon (rock-solid missionary) before he called Corianton in for their one-on-one talk. I imagine that gave the prophet dad some time to let his conversation be guided by God and managed in a spirit of truth and love instead of fear and emotional projection.

I know that laughter is not the first thing you think of in a situation like this, but it totally helped us to see things for what they really were. Our child, though gifted in many ways, is not a brilliant speller, and it turned out that not one of his search terms was spelled correctly.

For us, this was a welcome reminder that he was a novice at such internet searches and that he’s still ultimately a little boy. As we giggled at his attempts at grown-up-ness, it relieved some of the pressure we were feeling. It felt good to remember that that one moment was only a moment and that it does not define us or him.

That little bit of laughter also took us out of panic mode and put us into action mode. We knelt down together and offered a prayer to our Heavenly Father. It was a humble prayer of gratitude that we had found this now rather than later when it might be harder to course correct. It was a prayer of pleading to know what to do and what message would be most helpful to share with him. It was a prayer expressing our unified desire with God to teach one of His young sons how to understand the sacred and human nature of sex, bodies, and procreation. It was the first of many prayers to come.

► You'll also like: "What (and What Not) to Say to Someone Struggling with Pornography"

We decided that my husband would take the lead on the first conversation post-discovery—a man-to-man sort of talk that would allow him to share with his son some of his own struggles with addiction (in broad strokes) as a kind warning. Throughout the next few days, he fasted and read general conference talks and took more than one long drive to gather his thoughts. He then shared his ideas with me and planned conversation points (allowing for a deep dose of the Spirit to guide in the moment).

The most important thing to my husband was that shame not enter the dialogue. He never wanted our son to believe that his curiosity or his actions made him unlovable or unworthy of redemption. Shame would shut down our son’s willingness to be open with us or ask for help then and in the future. So his dad made sure their conversation happened in a private place (they took a long drive together) and that he started the conversation with a show of empathy ("I know you’re getting older and I remember being your age and having a lot of questions about sex and how bodies worked. I noticed when I was looking at your YouTube account . . . ").

On their drive, my husband showed our son a huge uprooted tree that he had found on one of his earlier drives. He explained how viewing pornographic or inappropriate things might not uproot us immediately, but it slowly weakens our ability to stand tall and strong and can eventually up-end us spiritually and physically.

He spent the rest of the conversation asking open-ended questions and really listening to our son. He let him explain without judgment how he felt when he viewed the videos and how he felt afterward. They talked about the potential for addiction. He acknowledged that it’s totally normal to be curious about sex at our son’s age, but also made it clear that where you get your information makes a huge difference.

My husband discovered, through listening, that our sweet son had already been feeling terribly guilty about it all and felt much better now that his secret was out in the open. That allowed us to come up with solutions that would help protect him without adding shame to his guilt.

When their conversation was over, it was time for us to all sit down together and come up with a plan that would help keep our son safe. First, we agreed to talk openly about these things whenever we needed to. Our son thought that having filters placed on his devices and YouTube account would help. We also instituted a rule where we could check his history at any time and if it was deleted, he would lose his electronics.

We discovered that too much alone time with his devices in his room was a trigger for him, so we started a "never alone" use policy. Because he came up with many of the consequences for breaking the rules, our son felt some ownership. He also knew that our goal was to keep him happy and protected. The best part is that the conversation is now ongoing—what is working today may not work tomorrow, but we can talk about it without fear or without getting shut down. We try hard not to treat him like a criminal, even when he messes up. We also try hard to show him that we believe what Christ says about forgiveness so that he can forgive himself.

My husband’s loving and prayerful reaction in this situation taught me that these difficult conversations can be a blessing to our growing relationships with our kids. Just like we’d never let our child wander into a dark alley in a strange city alone, we won’t let them navigate a world of internet landmines alone either. But we’re going to have to be thoughtful and prayerful about it if we want them to still let us tuck them in at night.

For ideas to help you address the realities of pornography in your family, take a look at the resources below. 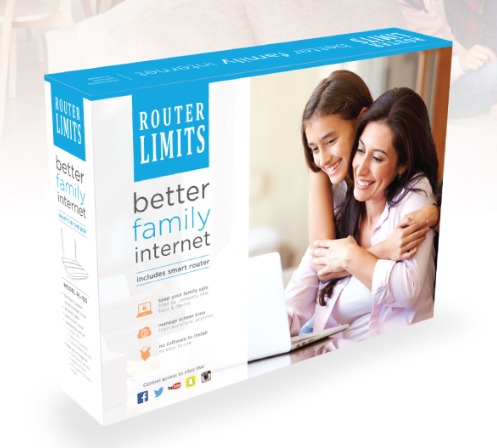 This internet router controls your family's internet access at the source, which means you can adjust who sees what, when they see it, and how long they can access the web on any device in your home. Learn more.

The Trap: A Story to Protect Children from Pornography

If children are old enough to know how to turn on the computer, it's not too early to teach them about the dangers of pornography. This illustrated book is a valuable resource to help parents teach their children about the destructive nature of pornography, the sacredness of our bodies, and the love the Lord has for His children.

What Should I Do When I See Pornography? — lds.org

What's the Big Deal About Pornography?: A Guide for the Internet Generation