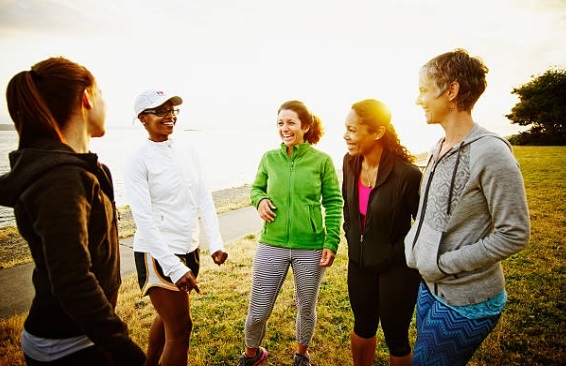 Recently, the Deseret News cited a 2011 Pew Research study that focused on how Mormons upset the stereotypical way of thinking when it comes to religiosity and more college education. Most of the world perpetuates the idea that a college education often leads to a distancing from faith, but that's not the case with Mormons.

While the study examines many aspects of  Mormon culture—from how Mormons feel that serving a mission benefits them later in life (90 percent said a mission was very valuable to spiritual growth and 80 percent said their mission was valuable to preparing for a career) to how often Mormons pray (83 percent pray daily compared to 58 percent of the general public) and how often they attend Church services (77 percent attend weekly or more frequently compared to 39 percent of the general public)—the most interesting aspect of the study revealed how Mormons categorize themselves.

Ninety-plus percent of Mormons believed key doctrines such as the Bible and Book of Mormon are the word of God, Heavenly Father and Jesus Christ are separate beings, Jesus Christ atoned for our sins and rose from the grave, families are eternal, there is a prophet on the earth today, and that there is life after death. But the topic of what constituted being a good Mormon generated a lot more varied responses. 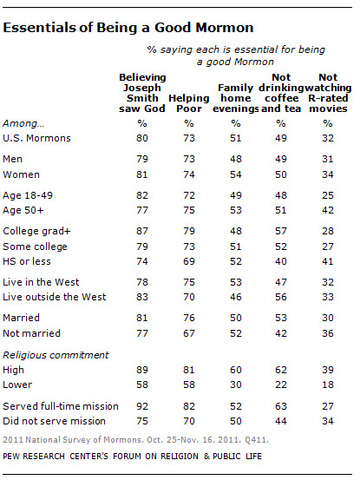 In my opinion, this demonstrates what is so beautifully characteristic and interesting about Mormonism. From its foundations, the Church was meant to be a place where all of God's children are welcome. Our religion is a large net that encompasses all who are interested in becoming more like Christ, despite their current struggles, past sins, individual weaknesses, and their differences. It's encouraging to see that when it comes to the core truths, we do unite and share common beliefs. I think it's important for us to keep these key truths in perspective, remembering that the other smaller matters are not the heart of the gospel.

I think the reason that the question of what constitutes a good Mormon generated diverse responses is because the question itself is inherently flawed. There are no requirements, no checklists, no simple answers that could sum up such a question except the pure simple truth that a good Mormon is someone who wants to believe and who wants to be better. Of course, time, work, struggle, and even a few failures will inevitably accompany those desires, but we need to stop labeling ourselves and others based on superficial indicators because, at some point or another, none of us pass the test.

Instead, we should follow President Monson's counsel to "develop the capacity to see [people] not as they are at present but as they may become."