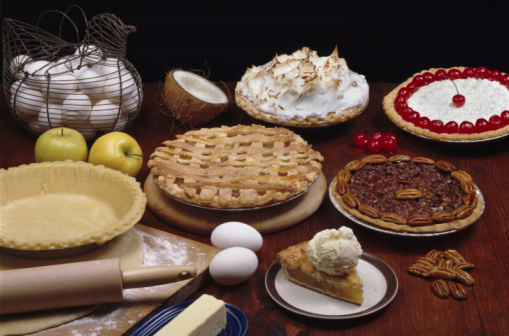 1. In a medium bowl, combine pudding mix, cold water, and sweetened condensed milk. Mix well and place in the refrigerator to chill for a few minutes.

2. In another bowl, whip 1 cup of cream until soft peaks form. Fold into the pudding mixture and then return the mixture to the refrigerator.

3. Slice the bananas and layer them on the bottom of the crusts. Be sure to save the plastic domes that come with the pie crusts—you’ll need them later! Set aside.

4. Now divide the pudding mixture between the two pie crusts.

5. In a medium bowl, whip the remaining whipping cream with 1⁄3 cup of powdered sugar until soft peaks form and then spread it on top of the two pies. Place the clear plastic shells back on the pies and refrigerate for several hours.

For other new recipes to try with your family, check out Our Best Bites: Mormon Moms in the Kitchen, available at deseretbook.com