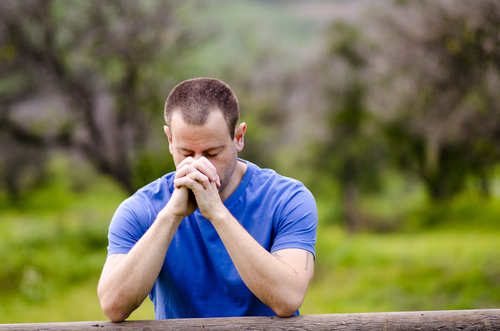 Understand that we are mere mortal “babysitters” who can appeal directly to the real Parent. There is no more effectual and answer-deserving prayer than this: “Father, help me to understand and to do what is best for this, thy child.”

A quick way to become well and truly scared is to see deep and puzzled fear in your doctor’s eyes. That’s what I was seeing after rushing Linda, six months pregnant, pale as a sheet, and hemorrhaging heavily, into the tiny district hospital in Epsom, Surrey, England. The only doctor there was a Pakistani intern who spoke hardly any English.

But he didn’t need words because his eyes said it all. He had not seen anything like this before, and he did not know what to do. He pushed Linda’s gurney into the small, outdated-looking emergency room to try to stop the bleeding, and I ran to the lobby and the pay phone to call Dr. Gordon in London. (This was long before cell phones, which becomes terrifyingly significant later in this story.)

Dr. Gordon had been introduced to me by our good friend, Dr. Rhodes Boyson, a member of Parliament, who had been sympathetic a few months earlier when I told him I was a bit worried about the obstetrics in the little country town where our mission home was. “Dr. Gordon,” Rhodes had said, “is the preeminent OB-GYN doctor in this country.” I had planned to call Dr. Gordon the following month, so I had his number in my wallet.

I got him on the line and told him what was happening. He said he would come immediately and that the trip to Epsom from London usually took forty-five minutes to an hour.

I paced and prayed and waited and hoped the intern wouldn’t do anything to make things worse. Finally, I burst into the emergency room and found that the bleeding had subsided somewhat.

Dr. Gordon, driving a fast Jaguar, made it in just over a half hour and soon had the hemorrhaging stopped and transfusions going. “Placenta previas are unpredictable,” he said, “but every day we can keep the baby in there will improve the chances of survival.” I walked out with him, and he jumped in his car and was off, heading back to London.

The relief I felt vanished as I walked back into the little hospital and heard the loud, anxious voices of two nurses and the intern. “She is bleeding again,” one of the nurses said as she ran back into the emergency room and slammed the door behind her. “You can’t come in, it’s worse than before.”

I stumbled outside and knelt down in a little grove of trees across the street, and prayed as I never had before—for my wife and partner, for the baby, for life in both cases.

As I prayed, I thought about earlier, connected prayers. One was the year before, when we prayed about whether we should have another child here in the mission field. We were (as all mission presidents are) over our heads in a lot of ways, but the answer had come clearly that another spirit was ready to join our family. And once we were pregnant, a constant prayer was for a choice and noble spirit, for a good pregnancy and a healthy baby, and for Linda’s strength and well-being as she continued to mother our other four children and be the mission mother to 240 missionaries. And we had prayed often for good medical care, because it was not that easy to find in that place and at that time.

I was jarred out of my pleading prayer in the little grove by the sound of screeching tires. I looked up and saw Dr. Gordon’s white Jaguar careening back into the little parking lot. I ran and jerked open his car door and blurted out what had happened. He took the front steps two at a time, ripping off his jacket and rolling up his shirt sleeves as he ran.

Less than ten minutes later, the emergency door opened and out came the same nurse. She looked right at me, smiled, and said, “That’s why they call him ‘Flash Gordon,’ I guess. That was the fastest C-section I have ever seen. You have a really small little son, but he looks good, and so does your wife.”

I found out later that virtually all the oxygenating blood had drained from the placenta and the baby was dying. Linda could have died too, but for an almost unbelievably fast emergency cesarean.

“Why did you come back?” I asked Dr. Gordon as I walked him to his car for the second time that day.

“I really don’t know,” he said. “I was halfway to London on the motorway and I had this overwhelmingly strong feeling.”

The story really doesn’t end there. Jonah was nine weeks early in a day when babies that premature usually did not survive. Later that same night, I put my hands through the sealed incubator into the built-in white gloves and gave Jonah a name so that the six elders from the office and I could give him a priesthood blessing of health and healing.

The little guy was in the hospital for forty days and forty nights, but he grew stronger every day and came home to the mission home a healthy baby.

Miracles? Without question! But what I remember most about all those connected prayers and blessings is the clarity of feeling. I knew I was talking directly to the Lord. There were no intermediaries, no links in the priesthood chain. I was the father and steward and patriarch of this family, and my prayers and His answers were direct and clear. This little son was really His son, and He cared about him even more than I did.

I had felt that clarity and direct communication when we prayed about whether to have this baby. I felt it again when we prayed for a choice and noble spirit and again when I prayed for Linda’s health and to find good medical care. And I felt it with all my heart as I pleaded from that little grove of trees to bring a doctor back, fast, in a white Jaguar.

But it’s not just these kinds of life-and-death prayers that receive that pure, direct clarity from God. It is any sincere prayer where a parent is praying for a son or daughter.

A surrogate parent, a mortal babysitter really, petitioning the true Father offers a singular and unique genre of prayer, a special kind of stewardship communication that is as direct and effectual as the prophet praying for the Church.

Not all prayers are answered in the way we wish they could be, but prayer is the ultimate spiritual solution, and in this chapter we will explore various ways that prayer can be approached in a family setting and in the attitude of a child seeking help from a Father who has sent another of His children into the care of the first.

For more spiritual advice on raising a strong family, check out 5 Spiritual Solutions for Everyday Parenting Challenges by Richard and Linda Eyre, available at Deseret Book stores and on deseretbook.com.

Makes You Think Parenting Faith PrayerParenting,Faith,Prayer,Makes You Think
Comments and feedback can be sent to feedback@ldsliving.com