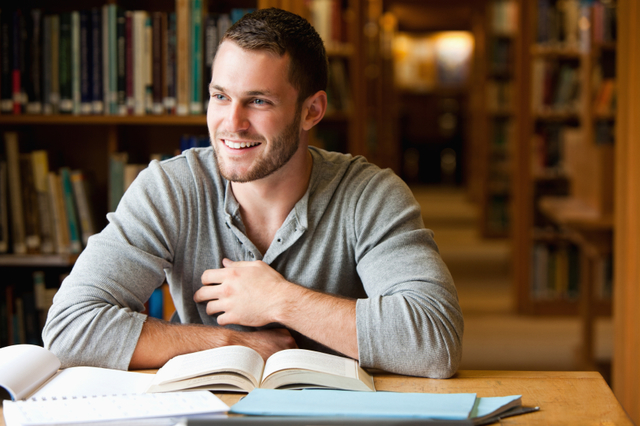 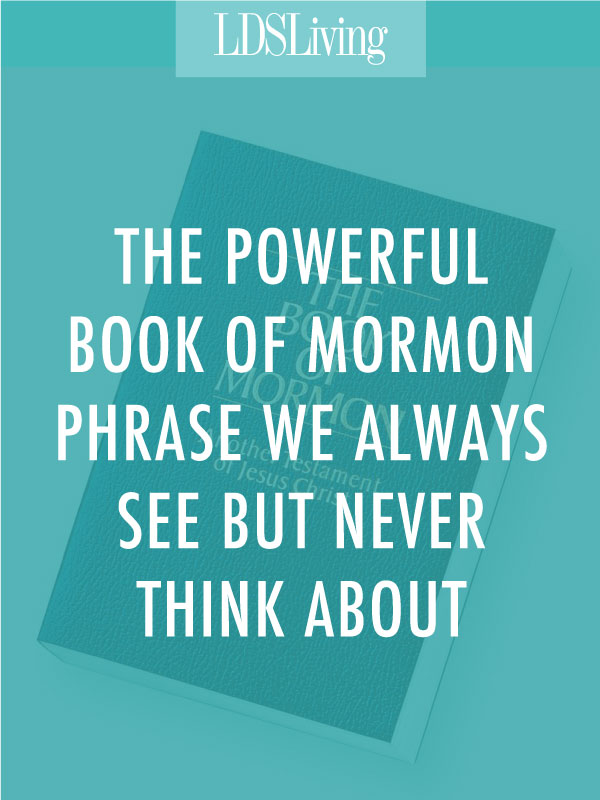 I once read a story about a nonmember man who translated the Book of Mormon into Afrikaans. During the translation, he realized how unique many of the phrases were in their English translation, particularly the one we all know: "And it came to pass." He was intrigued because, after all, he once remarked, “how many Englishmen write or say, ‘And it came to pass’?"

And It Came to Pass

After hearing this story, the next time I picked up my scriptures I noticed that this unique phrase, which is also used in the Bible, is used less frequently as time wears on. In Genesis, 61 percent of the chapters contain this phrase. It is used in only 22 percent of Old Testament chapters and only 13 percent of New Testament chapters.

Also, in the New Testament, only the synoptic gospel writers (Matthew, Mark, and Luke) use this phrase. These gospel writers use ancient records to show the Hebrews, the Romans, and the Greeks that Jesus is the promised Messiah.

A Connection to the Language of God and Our First Parents

From this information, I thought of an interesting hypothesis. Suppose this phrase, “And it came to pass,” had its origin in the Adamic language—the language of our first parents.

The next step was to figure out how to test this hypothesis. Realizing that the Jaredites did not have their language confounded at the Tower of Babel, I decided to study the Book of Ether, because that book was translated from a language closest to the Adamic language of any scripture we have. To my delight, I found that “And it came to pass” is contained in every chapter in this recorded history of the Jaredites. There are 160 occurrences of this phrase in this book alone—the highest rate in all of scripture. On average, every other verse contains this phrase!

Furthermore, whenever the phrase “And it came to pass” is used in scripture, it points to an important past historic event. Can you think of a more important historic series of events than the birth, life, ministry, and perfect atonement of our Savior? As Luke shares the story of His birth, we read, “And it came to pass in those days, that there went out a decree from Caesar Augustus, that all the world should be taxed” (Luke 2:1).

And It Shall Come to Pass

After I made these discoveries, a good friend of mine, Lee Nelson, called and told me of the work of the late Professor Leonora Leet, who received her Ph.D. from Yale and taught English at St. John’s University. In her book, The Secret Doctrine of the Kabbalah, Recovering the Key to Hebraic Sacred Science, she shares that the phrase, “And it came to pass,” signifies that God is telling us some very important past event.

But, Professor Leet also pointed out that this phrase has a variation, “And it shall come to pass,” that ties to future events and to the most sacred name of God, Jehovah. When I learned this, I immediately went to our scriptures and found 157 occurrences of this new phrase.

As we study the phrase, “And it shall come to pass,” we find that the most significant users of this phrase are Isaiah (22), Jeremiah (7), Ezekiel (4), Zachariah (6), Nephi (23), Abinadi (8), Jesus (7), and Joseph Smith (25) as they have prophesied of our day and of the Second Coming. Notice the Savior uses it seven times. This is significant for me because as I have studied the Lord’s arithmetic, seven is the number of perfection or completeness. Some may say that this is just a coincidence, but I have learned that the infinite love the Lord has for us brings Him into the details of our lives and certainly in the scriptures. As you find and read those seven occurrences, you may begin to see what I mean.

And Now It Came to Pass

Recently, I was re-reading the Book of Mormon and I discovered a third phrase—one that tied in the present. The phrase that stood out to me was, “And now it came to pass.” This phrase, along with the other two phrases, brought to mind the Lord’s definition of truth, “And truth is knowledge of things as they are, and as they were, and as they are to come” (Doctrine and Covenants 93:24). We see the following correspondence to this profound definition of truth:

And now it came to pass corresponds with things as they are.

And it came to pass corresponds with things as they were.

And it shall come to pass corresponds with things as they are to come.

If these phrases do in fact have their origins in the Adamic or first language—the language of our Heavenly Father—then all of our scriptures are like a fingerprint of the Lord, logically tying back to truth as it is, as it was, and as it will be. In the Book of Mormon, two of the profound uses of the phrase, “And now it came to pass,” are in chapters 11 and 19 of 3rd Nephi. Chapter 11 recounts the Savior descending from the heavens and beginning His ministry here in America. Chapter 19 shares a profound fulfillment of the Lord’s Great High Priest prayer in John 17, as the people receiving the Lord here in America became a pure in heart, Zion people and one with the Lord. These are most important lessons for us today as we anticipate the Lord’s Second Coming.

Examining our standard works, the exact phrase, “And now it came to pass,” is uniquely found in the Book of Mormon and nowhere else. It is an attestation of it being translated by the gift and power of God as we examine the purity of use of this phrase consistent with truths, “now,” as they are brought forth by the Lord.

Why These Phrases Are Important

The usages of these three phrases illustrate a grand harmony between ancient and modern scripture. The phrase “now” + “it came to pass” stretches across several books in both B.C. and A.D. time periods and both the Eastern and Western hemispheres. They are not unique to a particular prophet, but illustrate the consistent fingerprint of the Lord.

When looking at the process of the translation of the Book of Mormon, it’s easy to see that Joseph Smith could not have known all of this with his few years of schooling. The usage of these three phrases—occurring as they do—is a divine attestation of the validity of all of our scriptures. That they occur as they do by chance is so close to zero that it makes it absurd to think otherwise. The phrases are like an additional three witnesses to the truth of the Book of Mormon and its miraculous origins.

As you read the scriptures, you will find who uses these phrases, as well as how they are used, is both inspiring and fascinating and a direct validation of God’s truth. I believe that studying the scriptures with these three phrases in mind will better prepare you for the glorious coming of our Lord and Savior. 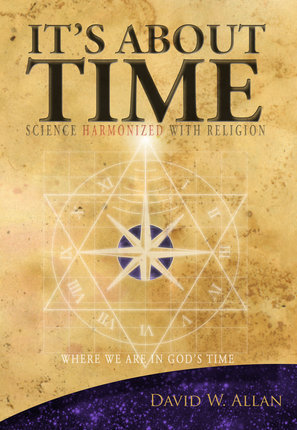 For more stories and insights into this Book of Mormon phrase or for more of David’s work, check out It’s About Time: Science Harmonized with Religion or check out www.itsabouttimebook.com.