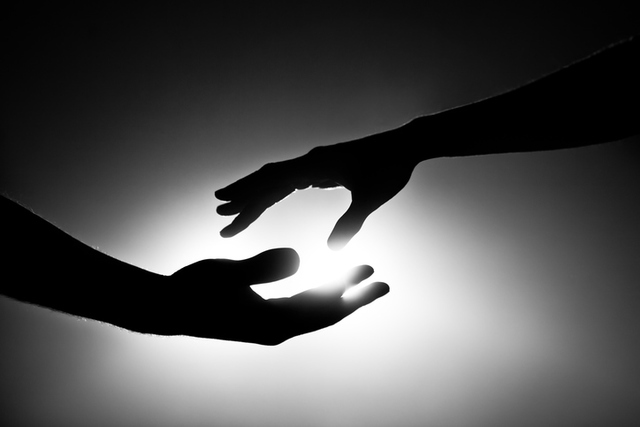 We sit together on a black leather couch and I hold a bundle of white, wadded tissues in my lap. I have poured out the truth of it—how my life was perfect until my wedding day, until we were married. Then everything went downhill. For 10 years life has gone downhill. The tumor, the diabetes, the unnumbered miscarriages, the babies we never held outnumbering the ones we did. The exhaustion that came with the four pregnancies we barely made it through. The months and months of bed rest. The years without pay, without a job, without steady income. We have borne the weight of it. We are tired, Greg and I; we are worn out.

I see the wisdom in the counselor’s eyes as he looks us over, appraises us, and I wonder what counsel he will give. But the words he has for us do not contain advice. Instead, he begins to tell us about an auction, a farmer’s auction, where people are buying pigs and sheep and oxen. They file into the arena to be sold, each owner entering with his livestock, and the oxen enter the arena last. They are brought into the arena in matching pairs, yoked together, ready to pull. Each team is harnessed to the heavy load in the middle of the arena, and before the auctioning begins, they pull the load forward. When they are done, the auctioneer begins his calling, and the numbers are raised, one after the other until each team is sold. The teams come out in order. Those who can pull the most weight are saved for last. The longer the night wears on, the more beautiful the pairs become—matching height, matching weight, even the color of their coats matching.

Finally, the auctioneer calls for the last team to be brought out. An old man enters the arena before the pair. The farmer, stooped with age, stands calm. His team follows behind. As they enter the ring a murmur moves through the crowd. People begin to scoff. Some laugh out loud. One ox is huge, by far the biggest ox that has entered the arena that evening. His legs are powerful, his shoulder muscles hardened with use; the yoke barely finds room to rest just behind his massive head. The other ox pales in comparison. The animal is small and scrawny. It looks malnourished. Not only is it dwarfed by its counterpart, the yoke hangs heavily across its back. The farmer harnesses them to the load and then adds more weight. More weight than any team has pulled so far. Then he calls to the oxen to move. With one accord they begin the work of it, moving in sync, fluid, each one making up for the weakness of the other, pulling the heavy load. A hush fills the stadium seats. The unexpectedness of it leaves the spectators in awe. And then the auctioneer begins to call; one by one the numbers are raised. The team sells for the highest price of any team that evening.

Every time I hear the story, I know who I am. I am the scrawny one. The one you think will struggle. The one who is having trouble pulling her weight. I am the weakest one. And for some reason, the Lord has agreed to be yoked with me. The idea of it brings me to my knees. He will have to pull harder, lead stronger, push on longer because of my weakness, and still, He extends the invitation, “Come unto me, all ye that labour and are heavy laden, and I will give you rest. Take my yoke upon you, and learn of me; for I am meek and lowly in heart: and ye shall find rest unto your souls.  For my yoke is easy, and my burden is light” (Matthew 11:28-30).

It is from the story that I learned three powerful lessons on trust.

Taking the yoke becomes the sign of the trusting. The taking means I have allowed my heart to trust in Him, that I have let go of what holds me back from trusting Him before—the fear, the unmet expectation, the control. I let it all go when I take up His yoke.

When I take up the yoke, I agree to move in the direction He wants to move. To turn the corners He wants to turn. To pull whatever weight He sees fit for me to pull. With Him. There is power in this decision, and a promise––we need never walk alone.

3. Rest in His Timing

Within that trusting place, there is a resting. When we let go of control, of needing to be in charge, of the franticness of trying to find the solution, and instead allow the Savior to lead, it is the only way our heart truly finds rest. Our confidence in His plan, His timing, and His solution will bring His rest. It is a peaceful place to be.

Over time, as you practice taking up His yoke, you will begin to learn an important truth––God can be trusted with anything your heart holds. Anything. Even this. 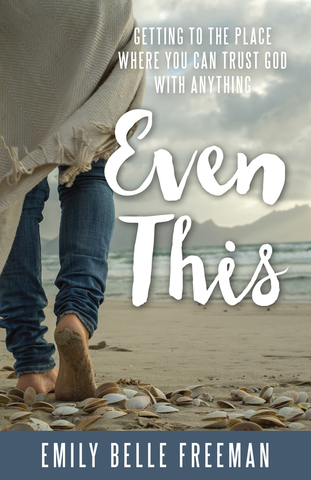 In Even This, Emily Belle Freeman shares her own deeply personal experiences of feeling forgotten by God—from the fear of abandonment in a dark hospital room to the desperation that followed months of unanswered prayers. In a moment of honesty, she found herself asking the question she had been afraid to consider: "Where is God in this?"

Through biblical insight, genuine realness, and beautiful prose, Emily will help you discover how to:

1. Diminish the power of doubt by coming to understand why the place of deepest asking is where the believing begins.

2. Stop letting fear dictate the depth of your belief through daily reflections that will restore your confidence in God.

3. Let go of your need to control by discovering what is holding you back from being completely vulnerable with God.