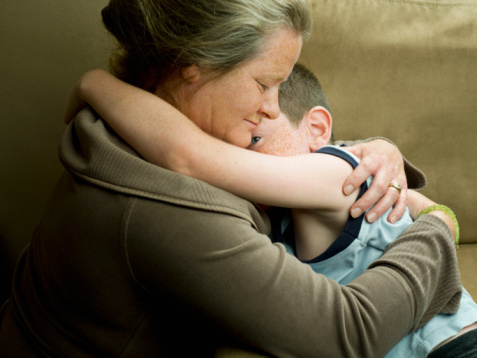 Despite all these challenges, I had the most ideal childhood that I could have imagined, thanks to my family. My parents, my greatest blessing from God, were always there for me, providing encouragement and understanding whenever I needed it most.

Tourette’s syndrome is a neurological disorder that usually emerges in early childhood and is often defined by motor tics. These “tics” are involuntary movements of the body, such as a twitch or grimace or even a leg or arm movement that looks like a muscle spasm. They can be frequent and repetitive. It’s like having an itch that you just can’t resist scratching. I don’t want to do the actions my mind sometimes tells me are necessary, but I’ll never be at ease if I don’t.

I used to hate stairs, because for every step I ascended, I’d have to descend two steps. Other times, because of these involuntary mental compulsions, I might feel forced to make perfect symmetry in the number of steps that I took. If I miscounted or got fed up and tried to “cheat,” I’d have to start over or else I’d never overcome the urge to go back and fix it. Plus, if I didn’t properly follow the “correct” pattern, I would always have to make another equally flawed attempt so as to cancel out the first flawed attempt. If both flawed attempts weren’t identical, I would have to start over and make the same mistakes to match each individual flawed attempt.

You might see now why I would hate any encounter with stairs.