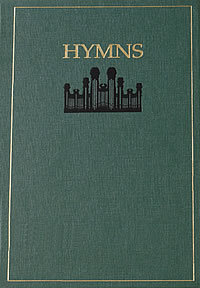 I Am a Child of God

In 1957 the Primary General Board was planning a Primary general conference program to be held in the Salt Lake Tabernacle in April of that year. The program was to center on the need of children to be taught the gospel. The board asked Naomi W. Randall to write a new song and suggested that she enlist the help of composer Mildred T. Pettit, then a resident of Pasadena, California. Although the two women were not acquainted, they discussed the project by phone.

Naomi Randall reported: “That evening, I got down on my knees and prayed aloud, pleading that our Heavenly Father would let me know the right words. Around 2:00 A.M. I awakened and began to think again about the song. Words came to my mind. . . . I immediately got up and began to write the words down as they had come to me. Three verses and a chorus were soon formed. I gratefully surveyed the work, drank of the message of the words, and returned to my bedroom where I knelt before my Father in Heaven to say ‘Thank you!’”

The general board approved the words the next morning, and Naomi Randall sent them to Mildred Pettit, who returned the tune by special delivery mail in less than a week. “I Am a Child of God” was sung at the April meeting and was first published Churchwide in the June 1957 Children’s Friend.

The words of the chorus originally read, “Teach me all that I must know / To live with him someday” (italics added). A few years after the song was published, President Spencer W. Kimball, a member of the Quorum of the Twelve at that time, attended a conference in Elko, Nevada, where a Primary children’s chorus sang the song. Naomi Randall said: “On the trip home he talked with a Primary General Board member who had attended that same conference. He expressed his love for the song, then stated that there was one word in the chorus that concerned him. He wondered if Sister Randall would consider changing the line that says ‘Teach me all that I must know’ to ‘Teach me all that I must do.’ Of course I gladly accepted his suggestion.

“I wondered why I didn’t include that thought at the time the lyrics were first written. But as time went on I came to feel very sincerely that this was the way the Lord wanted the song to evolve, because it became a teaching moment for members all over the Church and impressed upon their minds that knowing the gospel is not all that is required; it is the day- byday doing the Lord’s will and keeping the commandments that help us reach our eternal goal.”

From the time of that incident, said Sister Randall, President Kimball was fond of saying, “Naomi Randall wrote most of the words, but I wrote one!”

In his October 1995 general conference address titled “Powerful Ideas,” Elder Dallin H. Oaks asked us to “consider the power of the idea taught in our beloved song ‘I Am a Child of God.’ . . . Here is the answer to one of life’s great questions, ‘Who am I?’ I am a child of God with a spirit lineage to heavenly parents. That parentage defines our eternal potential. That powerful idea is a potent antidepressant. It can strengthen each of us to make righteous choices and to seek the best that is within us. Establish in the mind of a young person the powerful idea that he or she is a child of God and you have given self- respect and motivation to move against the problems of life” 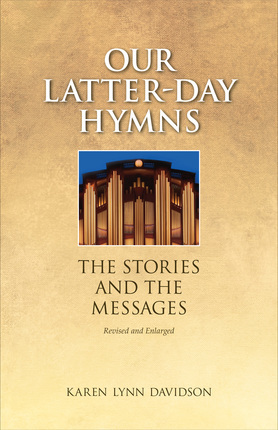 If you enjoy the hymns of The Church of Jesus Christ of Latter-day Saints, then you will enjoy Our Latter-day Hymns: The Stories and the Messages. In this volume, you will find the stories of all the hymns in the 1985 LDS hymnbook, so far as those stories are known. Some of the hymns came about in ways that are quite dramatic and personal; others came into being under ordinary circumstances. And each of the more than three hundred hymns has a message all its own.