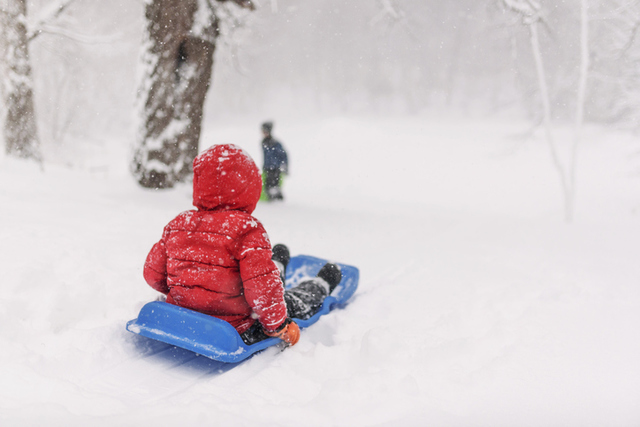 byJerry Borrowman, excerpted from "Remembering the Joy of Christmas" | Dec. 08, 2018

The dream was always the same. I’d find myself lying in the middle of the street in front of our house on Hawthorne Avenue in Pocatello, Idaho. It’s as vivid in my mind today as it was a half century ago when the dream repeated itself on multiple occasions. I was lying facedown, looking up the street (we lived on a hill), while feeling the pavement pressing against my body and hands. At first it was not unpleasant; in fact, the pavement was warm and supportive. But then something alerted me, and I looked to see a car coming down the street directly toward me. I pressed down with my hands so I could get up and run, but my arms were not strong enough to make me move. Frantic, since the car wasn’t slowing, I struggled to crawl out of its way, straining with all the strength in my legs, but they wouldn’t move either. It was as if I was glued to the pavement! The car was getting closer and closer, and I tried to scream, but all that came out was a gurgling sort of strangled sound, certainly not enough to alert the driver. As the car was almost upon me, my heart pounded and the terror was so intense that the panic woke me!

Each time this happened, my eyes would fly open, and I’d find myself gasping for breath in the midst of a cold sweat. Lying in the dark, I’d take deep breaths to slow my breathing while wondering what it meant—was I going to die? Was this prophesy or just a bad dream? At the age of nine, dreams somehow seemed significant; they must mean something. But I had no idea what. . . .

[On Christmas] in 1962 I was able to persuade my parents to let me stay with [my cousin] Mark until the day before New Year’s. My mom was a little sad since it meant I would not be home on my birthday. But I promised her I would be every bit as happy in Rigby as I would be at home—happier, in fact, since I was well known there as opposed to being the new kid in Pocatello. I’m also convinced that there was more snow in 1962 than there is today. In Rigby, there were places where the snow drifts hit four or five feet high on the sides of the road. But that didn’t deter Mark and me as we walked about town in overshoes and heavy coats and gloves. I can still see the frost from our breath and feel the bite of the cold north wind as it cut into our unprotected cheeks. We were alive! The future was bright, and the present was ours to enjoy.

I’m not a particularly mystical person, although I do have a good imagination. But there was nothing imaginary about the real-life fulfillment of my nightmare as Mark and I were making our way to the lumberyard on one of those days of my Christmas vacation in 1962. On this particular day, since Valley Builders was probably three-quarters of a mile from Mark’s house, we decided to take turns pulling each other on a sled since all the streets were covered in ice. I had taken my turn pulling Mark and had finally insisted that he take a turn pulling me, so he got up off the sled, and I sat on it facing forward. We were taking a back street to avoid traffic, and Mark moved out into the center of the street to find the best path on the ice. He was pulling at a pretty strong pace, concentrating on the road in front of him. I was daydreaming on the sled, thinking what a great innovation this was and wondering why more people didn’t travel this way, when I heard a noise behind me. Turning around casually, I saw a car bearing down on us and not slowing. The driver actually had a frantic look on his face, which told me he couldn’t stop on the ice. The hair on the back of my neck stood up as an electric shock passed through my body. I shouted at Mark, who immediately turned to see the danger. He jerked on the sled as he moved to get out of the way—an action that caused me to fall off the sled backward, turning me over on my stomach, where I looked up at the approaching car with my hands out in front of me, my legs behind me, and the icy pavement pressing up against me. This was my dream—my nightmare!

My body reacted the same way in real life as it did in the dream—my heart started pounding, and I started breathing quickly. I could clearly see the driver’s face, and it was obvious that he was scared to death since his pumping his brakes wasn’t slowing the car at all. I tried pressing with my hands and arms to get up, but it was too slick to get any traction. I tried pressing with my legs so I could crawl out of the way, but I couldn’t get my feet to bite into the ice. The car was upon me, except that this time I couldn’t just wake up from the dream—it was happening in real life, and I was about to be run over.

Perhaps it was my Primary training or just the sheer desperation that I felt, but at that moment, in the first variation from the dream, I said a prayer. “Heavenly Father, please help me know what to do!” There wasn’t a lot of time, but I distinctly had the impression, in very clear words in my mind, to roll over! That was it—roll over. And I did. While I couldn’t get the traction needed to stand up or crawl, I could twist my body over and over until I had rolled out of the way of the car, which slid past me like a giant dark monster with the driver pounding the steering wheel in anger and relief. It was over in an instant, and I had been saved by fewer than three seconds. Any hesitation and I would have been hit.

As I lay by the side of the road, I did my best to calm my pounding heart and then looked up to make sure Mark was okay. He was, and he was hurrying back to help me with a shocked look on his face as well. I took Mark’s hand as he helped pull me up to a standing position. My legs felt like jelly, but I was also really happy to be alive.

The driver stopped and got out to yell at us for being stupid enough to go down the middle of an icy street, but I think even he could see that that wasn’t what we needed just then. He got back in his car and rolled slowly away, and we started walking side-by-side on the edge of the road, pulling the empty sled behind us. I wasn’t up to taking any more chances that day.

I’m pretty sure I never told my mom and dad about that incident—it could have messed up future opportunities to stay with Mark and his family. I did think about it a lot at the time and have occasionally through the years since then. I appreciated that if ever there was an answer to a prayer, this was it. In all the dreams of my lying on the street in front of my house, I had never thought to roll. It was a problem I couldn’t figure my own way out of. But a very quick prayer solved the problem. Remarkably, I never had that dream again. Who knew that my unusual nightmare would turn into a Christmas miracle that saved my life and made the future possible?

I thought of all this a few days after Christmas 2014 when my brother David and I drove our ninety-six-year-old mother from our homes in Salt Lake City to Idaho Falls so she could spend a few weeks with her ninety-three-year-old sister, Jeanette, and her one-hundred-three-year-old brother, Arthur. We met at a local restaurant where five of my cousins came to see Aunt Geneva and two of her four boys. I should add that my car, an all-wheel drive Subaru, had trouble getting traction on the ice-covered parking lot of the restaurant. Mark was there with his wife, and he’s still a handsome and vital guy, and I’m still drawn to his understated personality.

I am glad I experienced Christmas 1962—the year that could have been my last. I’m thankful prayers are answered and that life is an abundant adventure—unique to each of us but shared. I give this story to you in the hope that your prayers will be answered at Christmas and all through the years as well. 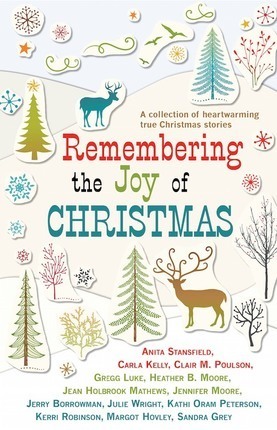 Get more uplifting holiday stories in Remembering the Joy of Christmas: A Collection of Heartwarming True Christmas Stories.

A beloved season of festivity and tradition, Christmas heralds the creation of treasured family memories and inspires our hearts to turn to the tender recollections of the past. In Remembering the Joy of Christmas, more than a dozen of the finest authors in LDS fiction have joined together to craft a heartwarming compilation of their own personal accounts of Christmases gone by. From the magic of one family’s inspiring Twelve Days of Christmas to a miraculous holiday spent in a hospital waiting room, each poignant story demonstrates a simple truth: it is not the lights or decorations that are central to a joyous holiday season. The true meaning of Christmas comes in focusing on the spirit of the season.

Mormon Life Prayer ChristmasPrayer,Christmas,Mormon Life
Comments and feedback can be sent to feedback@ldsliving.com