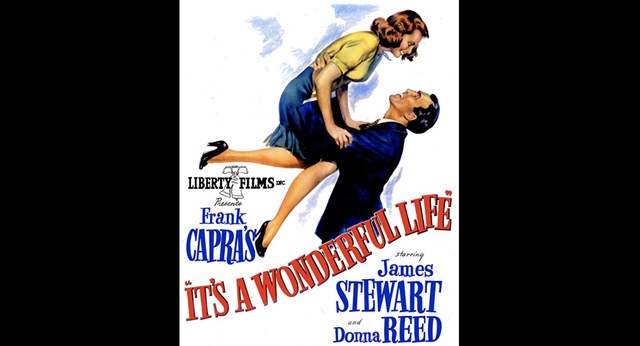 Frank Capra’s It’s a Wonderful Life is a Christmas staple for many families. Jimmy Stewart’s portrayal of George Bailey has captured the hearts of generation after generation since the film’s release in 1943, and on this week’s episode of All In, author and speaker John Bytheway shares one of his favorite lessons learned from the movie. Bytheway also explains how the story of George Bailey powerfully illustrates what President Spencer W. Kimball once articulated in a beloved quote.

Listen to the full podcast here or in the player below. You can also access a full transcript of the episode by clicking here.

Morgan Jones: I love how you talk about the movie, It's a Wonderful Life. That is in my top five favorite movies of all time. And you talk about yet another irony that George Bailey in the movie is at the lowest of lows, he's considering taking his own life, and really the only thing that changes at the end of the movie are two realizations: 1. The way that his life has blessed the lives of other people because he's been given the opportunity to see what other people's lives would be like if he never existed; and 2. The realization that he has friends. How do you think that we can be and attract the kind of friend that George Bailey was?

John Bytheway: Oh, it's such a—it's a heartbreaking movie to me at first, because I see this young man who's so excited and so ready for life and ambitious and “Do you want the moon, Mary? I'll throw up a lasso and pull it down for you,” you know? And he's going to go see the world, he's going to do everything, and then he has to stay home so his brother can go to college. I mean, that's where his gift giving starts, you know? Well, “I'll stay and manage the building and loan.” But boy, as soon as you get home and then the war comes and everything, and you just see everything he wanted, and he doesn't get to have what he [wants] but he's generous to a fault. He helps people.

His little lecture to Mr. Potter is so good about “Is it too much that these people who do most of the living and dying in this town can do it in a house with a couple of rooms and a bathroom,” you know? And yeah, the angel helps him to see, “You've really had a wonderful life, George. You've helped so many people.” And in the end—I mean to me, one of the unsung heroes that doesn't even appear at the end of the movie is Sam Wainwright.

John Bytheway: Yeah, “hee-haw.” You know, “Mr. Gower cabled you need cash, stop. My office instructed to forward you up to $25,000, stop. Hee-haw and Merry Christmas, Sam Wainwright.” And he looks at Mary in that moment—oh, man. You remember that Sam Wainwright wanted to marry, M–A–R–R–Y, Mary! And George knows that he could have given her this kind of life, a much better [life]. He makes comments like, “Why do we have to live in this drafty old barn, and this car—the door won't close,” remember, he's kicking it—and maybe I know the movie too well, but I just think, what brilliant writing. But all of that comes back to George when his friends suddenly show up at his house. And “I wouldn't have a roof over my head if it weren't for you, George.” And they start throwing money in that basket.

And so, it doesn't seem like a wonderful life because of all that happens to him, but then at the end, it all comes around. And at the end of the movie, he's still there. He still has the building and loan. You know, that $8,000 that was unfortunately lost has been recovered. But that's still his life, but his whole perspective is changed. And that's the main thing. I don't think his circumstances change as much, but his perspective changes. And he personifies, for me, one of my favorite Spencer W. Kimball quotations where he said, “God does notice us, and He watches over us. But it is usually through another person that he meets our needs.”

Morgan Jones: That's such a good thought. I think it's so easy. I feel like, especially right now, I feel more isolated from other people than normal. I don't see as many people as I normally see. I'm at my home more than I normally am due to this pandemic. But I think Christmastime is a great reminder to turn outward. And I think at that time of year, we think more about what we can give and how we can be a friend, and how we can show up for things that matter to people because there are a lot of things going on. And maybe this year there won't be as many of those, but certainly people will still need us. And so how do we make adjustments so that we can be what people need us to be this holiday season? I think that that's such a good thought.

The second verse of “Oh, Come, All Ye Faithful" begins, "Yea, Lord, we greet thee, born this happy morning.” In this inspiring Christmas book, John Bytheway explores the miracle of that happy morning and what Christmas should mean to us. Although Christmas can feel over-commercialized and stressful, Born This Happy Morning helps readers recapture the magic of childhood Christmases by focusing on how we can give the joy of Christ's light to those around us, reminding us that the spirit of Christmas is multiplied in our hearts when we share the spirit of Christ with others.

Podcast Christmas All InPodcast,Christmas,All In,
Comments and feedback can be sent to feedback@ldsliving.com