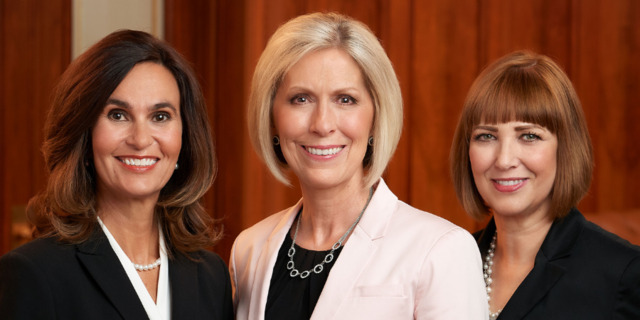 The Primary General Presidency was released. Here are just 7 changes that impacted children during their service

As we welcome in a new Primary General Presidency, the legacy left behind by the outgoing presidency—President Joy D. Jones, Sister Lisa L. Harkness, and Sister Cristina B. Franco—will be remembered. Here are just seven ways their service impacted the children of the Church.

The Church announced a revision to the Hymns and Children’s Songbook in June 2018. This revision included new submissions of original compositions, children’s songs, lyrics, or music without text. And though the new songbooks are still several years away from publication, the Primary General Presidency has played an active role in considering the submissions.

“We consider every submission to be a sacred offering that members of the Church have laid on the altar,” Sister Franco said in a November 2020 press release. “And whether that offering is published or not, we know that it is an offering of the heart. For that reason, every hymn and song is reverently and prayerfully considered throughout the evaluation process. In the end, many of them may not make it into the new books, but we pray the Lord will bless everyone equally for their offerings.”

2. Changes to the Primary Meeting

When adjustments to the Sunday meeting schedule were announced in October 2018, Primary was impacted differently than other Church organizations. For adults, Sunday School classes alternated with Relief Society every other week, but Primary continued every week. During the 50-minute block, children would spend 25 minutes together with a 20-minute singing time, have 5 minutes to transition to classes, and then spend 20 minutes in class learning from Come, Follow Me—For Primary. Sharing Time was discontinued.

Many Primary children haven’t had formal Primary during the COVID-19 pandemic. In January, the Primary General Presidency posted a video on Facebook about how to still create meaningful Primary experiences no matter where or how people meet on Sundays.

“While there may be some things we can’t do in Primary right now, prayerfully consider what you can do,” President Jones said.

3. Age-Group Progression for Children and Youth

In December 2018, the First Presidency announced that starting in January 2019, children will complete Primary and enter into Aaronic Priesthood quorums and Young Women classes beginning in January the same year they turn 12. These youth would also be eligible for limited-use temple recommends.

“I am particularly excited that these changes will make it possible for younger children to be involved in temple work,” President Jones said in an article on ChurchofJesusChrist.org. “They are typically counting the days until they turn 12 to receive a limited-use recommend and perform ordinances in the temple.”

These changes also meant youth would progress from one class or quorum to another as age-groups instead of on their birthdays.

“This will be a much easier transition for classes to move forward together rather than children leaving Primary one at a time throughout the year,” President Jones said.

► You may also like: 5 tips to help your child have a meaningful first temple visit

In August 2019, the Church launched an online training course for all adults who interact with children and youth in their Church assignments. According to a Newsroom press release, “The training is designed to increase awareness, highlight policies, and identify best practices for supervising and interacting with children and youth. It also helps leaders know how to prevent and respond to abuse.”

“We take Jesus Christ’s teachings about children and youth very seriously,” President Jones said in the press release. “He welcomed them into His presence and gave stern warnings against abusing, bullying, or hurting them in any way. Jesus said of children, ‘Of such is the kingdom of God’ (Mark 10:14). His deep concern for children and youth must continue to be our deep concern.”

5. The End of Activity Days and Scouting

One of the major changes that occurred during this presidency’s leadership was the change from Scouting and Activity Days to the new Children and Youth program. At a Face to Face in November 2019, President Jones explained that Church leaders hoped Primary activities would be held two to four times per month.

Also included in the new Children and Youth program is a goal-setting initiative. Starting at age 8, Primary children are encouraged to set one goal per year in each area of growth: spiritual, social, physical, intellectual.

The Friend magazine celebrated its 50th birthday in a special way by creating a bigger audience than ever before.

Since 1971, the Friend has been focused on an English-speaking audience, but starting this year it was translated into 48 different languages, going out to children in about 150 countries.

“Many children throughout the world who have not had regular access to the Friend will now be able to enjoy it in their own language,” President Jones said in a press release. “What a blessing it will be for them to see and read about other children from around the world who share their same faith and values as they learn together to follow the Savior.”

7. The First Friend to Friend Event

In February 2021, the Church hosted its first-ever Friend to Friend event, a broadcast for Primary children ages 3 to 11 that encouraged children to follow Jesus Christ and serve others as He did.

President Russell M. Nelson, Elder Ulisses Soares, and all of the members of the Primary General Presidency addressed the children of the Church. Additionally, two Primary-aged hosts led their peers watching worldwide in activities related to the gospel.

“Young children may feel that because they are young, they cannot do great things,” President Nelson posted on his Facebook page after the event. “But our Heavenly Father does not see it that way. He has said, ‘By small and simple things are great things brought to pass’ (Alma 37:6). The Lord can use each of us to do His amazing and important work.”

► You may also like: 3 lessons one young mother was reminded of while watching the Friend to Friend event

Have you had a chance to see the Friend to Friend program yet? I was so honored to participate in the Portuguese broadcast. So often we rely on the help of translators and interpreters, but for the Friend to Friend, we filmed the broadcast in English, Spanish, and Portuguese in an effort to reach more children in their native language. I was humbled as I learned how to pronounce my first words in Portuguese. I could feel God’s great love for all His children as I practiced and rehearsed my lines. I had so much fun spending the day with our amazing hosts, Rodrigo and Maytê.

While the leadership of the Primary General Presidency is visible in the changes that have been made during the last five years, another part of the legacy of the presidency will be the messages that they shared that changed our lives.

Throughout the last five years, the women of the Primary General Presidency have shared powerful messages in general conference. Each has inspired and lifted Saints throughout the world.

An especially memorable moment came during the April 2020 general conference when President Jones shared how she and a group of Primary children sat down in the Smith family home in Palmyra, New York, with the prophet, President Russell M. Nelson.

“President Nelson’s response to these precious children extends to each one of us,” President Jones said in her talk. “The Lord loves effort, and effort brings rewards. We keep practicing. We are always progressing as long as we are striving to follow the Lord.”

Other talks given by the Primary General Presidency over the last five years include:

Whether you have Primary-aged children who have been influenced by these changes in the past several years or you have been touched through the messages the Primary General Presidency has shared, the service of these sisters has impacted countless lives. We are grateful for their dedication to the work of the Lord.

We now look forward to the service of President Johnson, Sister Porter, and Sister Wright as the Restoration continues to unfold.