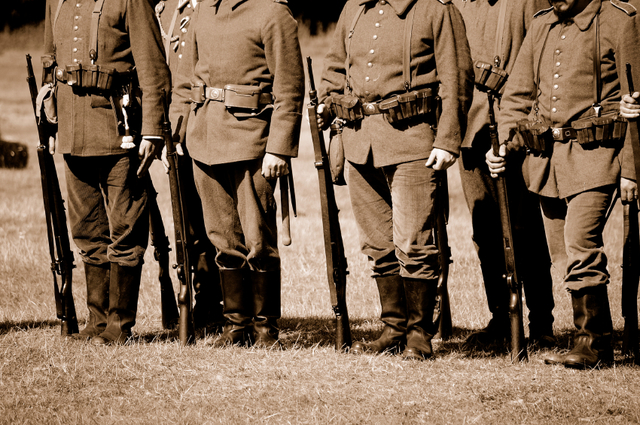 Exactly 100 years ago, men from all over the world were fighting for a cause bigger than their own.

World War I—thought to be "the war to end all wars"—put global issues into perspective like never before. And Latter-day Saints were right in the thick of it, alongside their neighbors. They participated in typical war initiatives like planting victory gardens, buying war bonds, and using ration books. They sent sons off to fight and had their hearts broken when some of them didn't return.

Here are five things you may not have known about Latter-day Saint involvement in WWI.

Of the approximately 370,000 Church members at the time, a staggering 22,500 served around the world at the time of the conflict.

Sixteen million men died during the course of WWI, with exponentially more wounded; 600-700 of those that died were Latter-day Saints.

3. Some of the guns used in WWI were invented by a Latter-day Saint.

Latter-day Saint John Browning, son of the original Nauvoo gunsmith, licensed one of his early machine guns to Colt a decade or two before the Great War. The early Browning machine gun led to the development of many new guns that became key weapons in WWI. Other Browning guns introduced in WWI include the Browning Automatic Rifles.

President Joseph F. Smith, the prophet at the time of the conflict, had six sons who served during the war. Every single one of them returned home safely.

5. The first three chaplains in the Church were appointed.

A chaplain is a religious leader that serves in congruence with a branch of military. During WWI, Elder B.H. Roberts of the Seventy became the first Latter-day Saint chaplain appointed by the Church, serving in the U.S. Army. Called along with him were Calvin S. Smith (son of President Joseph F. Smith) and Herbert Maw (future governor of the State of Utah). Latter-day Saints chaplains in the Navy and Airforce would not come for several more decades.

Of those 460 BYU students who fought, 16 were killed in combat.

World War I ended on November 11, 1918, with the signing of the armistice agreement. Eight days later, on November 19th, President Joseph F. Smith passed away from pneumonia. He was 80 years old.

8. The first Latter-day Saint received a Medal of Honor for his heroic actions during WWI.

► You'll also like: The First Latter-day Saint to Receive the Medal of Honor + Remembering Other Saints in WWI 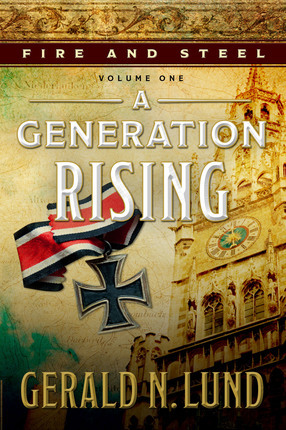 For a fascinating historical fiction book about Latter-day Saints during WWI, check out Fire and Steel, Vol. 1: A Generation Rising.

As volume one begins, life could not be more promising for the Eckhardts. They finally have a son, Hans, the male heir they have longed for and a child of such brilliance and promise that his success seems certain. But as youthful Hans’s ambition takes him away from his family and their small Bavarian village, the winds of unrest in Europe are about to erupt into the greatest war the world has ever known.