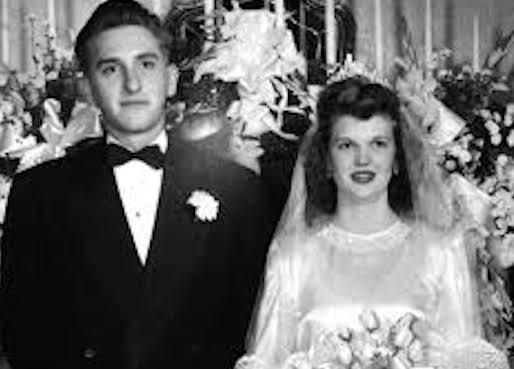 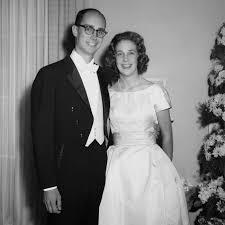 After a "morning side" or devotional in Rindge, New Hampshire, President Henry B. Eyring was walking toward his red Volkswagen Beetle when he first saw his future wife, Kathleen Johnson.

In his biography I Will Lead You Along, President Eyring says he was, "immediately impressed with the goodness she radiated" and thought, "If I could be with her, I could be every good thing I ever wanted to be."

The next day, President Eyring happened to attend a sacrament meeting at the Longfellow Park chapel in Cambridge when he saw Kathleen sitting in the front row. After the meeting, he asked her for her number and called her a few days later.

But Kathleen was only in Boston for a Havard summer school program, and though the two dated throughout the summer, she later returned to California to resume her studies at Berkeley.

The couple dated long-distance for a time until Kathleen visited Henry Eyring in Boston in early 1961 and told him it would be her last visit.

Though he had prayed to know whether or not he should marry Kathleen before, President Eyring prayed with even more fervency that night to know if Kathleen was the one for him.

Meeting Kathleen the next morning, he drove with her in the car to the airport for a while before stopping the car, turning to her, and saying, "I've been told to ask you to marry me."

Kathleen, "replied only with tears," according to President Eyring's biography.

► You'll also like: What LDS General Authorities Say About Their Wives