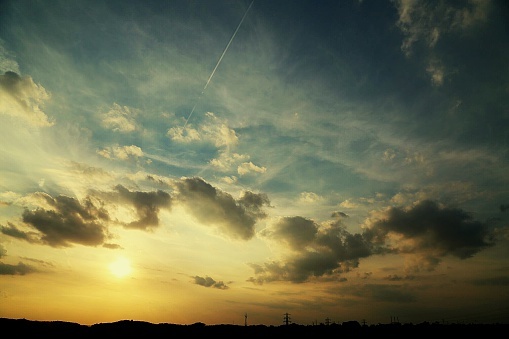 While traveling from Maine to Illinois in 1838, President Wilford Woodruff experienced many hardships, including the death of his wife.

Though it appeared his wife had died from an unknown illness after weeks of sickness, President Woodruff listened to a powerful spiritual prompting and brought his wife back from the dead in the most remarkable way.

The following is an excerpt from President Wilford's book Wilford Woodruff: Leaves from My Journal which details the experience, along with what his wife saw after passing into the spirit world.

On the 23rd of November my wife, Phoebe, was attacked with a severe headache, which terminated in brain fever. She grew more and more distressed daily as we continued our journey. It was a terrible ordeal for a woman to travel in a wagon over rough roads, afflicted as she was. At the same time our child was also very sick.

The 1st of December was a trying day to my soul. My wife continued to fail, and in the afternoon, about 4 o’clock, she appeared to be struck with death. I stopped my team, and it seemed as though she would breathe her last lying in the wagon. Two of the sisters sat beside her, to see if they could do anything for her in her last moments.

I stood upon the ground, in deep affliction, and meditated. I cried unto the Lord, and prayed that she might live and not be taken from me. I claimed the promises the Lord had made unto me through the prophets and patriarchs, and soon her spirit revived, and I drove a short distance to a tavern, and got her into a room and worked over her and her babe all night, and prayed to the Lord to preserve her life.

In the morning the circumstances were such that I was under the necessity of removing my wife from the inn, as there was so much noise and confusion at the place that she could not endure it. I carried her out to her bed in the wagon and drove two miles, when I alighted at a house and carried my wife and her bed into it, with a determination to tarry there until she either recovered her health or passed away. This was on Sunday morning, December 2nd.

After getting my wife and things into the house and wood provided to keep up a fire, I employed my time in taking care of her. It looked as though she had but a short time to live.

She called me to her bedside in the evening and said she felt as though a few moments more would end her existence in this life. She manifested great confidence in the cause she had embraced, and exhorted me to have confidence in God and to keep His commandments.

To all appearances, she was dying. I laid hands upon her and prayed for her, and she soon revived and slept some during the night.

December 3rd found my wife very low. I spent the day in taking care of her, and the following day I returned to Eaton to get some things for her. She seemed to be gradually sinking and in the evening her spirit apparently left her body, and she was dead.

The sisters gathered around her body, weeping, while I stood looking at her in sorrow. The spirit and power of God began to rest upon me until, for the first time during her sickness, faith filled my soul, although she lay before me as one dead.

I had some oil that was consecrated for my anointing while in Kirtland. I took it and consecrated it again before the Lord for anointing the sick. I then bowed down before the Lord and prayed for the life of my companion, and I anointed her body with the oil in the name of the Lord. I laid my hands upon her, and in the name of Jesus Christ I rebuked the power of death and the destroyer, and commanded the same to depart from her, and the spirit of life to enter her body.

Her spirit returned to her body, and from that hour she was made whole; and we all felt to praise the name of God, and to trust in Him and to keep His commandments.

While this operation was going on with me (as my wife related afterwards) her spirit left her body, and she saw it lying upon the bed, and the sisters weeping. She looked at them and at me, and upon her babe, and, while gazing upon this scene, two personages came into the room carrying a coffin and told her they had come for her body. One of these messengers informed her that she could have her choice: she might go to rest in the spirit world, or, on one condition she could have the privilege of returning to her tabernacle and continuing her labors upon the earth. The condition was, if she felt that she could stand by her husband, and with him pass through all the cares, trials, tribulation and afflictions of life which he would be called to pass through for the gospel’s sake unto the end. When she looked at the situation of her husband and child she said: “Yes, I will do it!”

At the moment that decision was made the power of faith rested upon me, and when I administered unto her, her spirit entered her tabernacle, and she saw the messengers carry the coffin out at the door.

On the morning of the 6th of December, the Spirit said to me: “Arise, and continue thy journey!” and through the mercy of God my wife was enabled to arise and dress herself and walked to the wagon, and we went on our way rejoicing ("Leaves from My Journal," Salt Lake City, 2nd Edition, 1882).