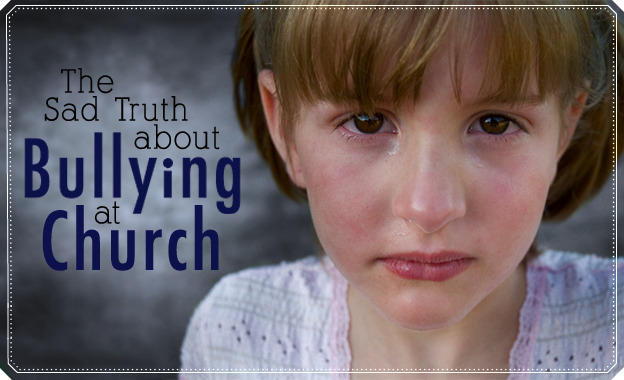 The Sad Truth About Bullying at Church 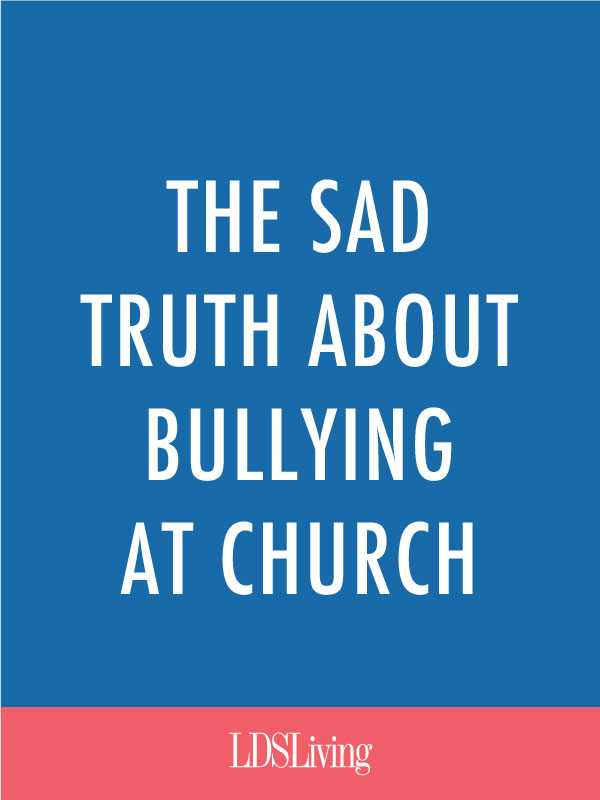 “Do you know where your daughter is?”

It’s a heart-stopping question when you don’t know the answer. And the statement that followed it was one that Judy Wells wasn’t prepared for:  “Her school friends are telling us that she is planning on committing suicide. We are sending a unit over to your home right now.”

What could have possibly sent such a vibrant and beautiful teenage girl so close to the edge?

Wells’s daughter was standing on the roof of her home and contemplating jumping because she was being bullied. By the youth in her ward.

“The girls took her journal and read it when she left it on her chair to go to the library to get a Book of Mormon,” Wells recalls. “Then, when she came in, they were quoting it.” It was only one of a hundred things those young men and young women did.

“When she went and sat down next to some girls, the girls would get up and create a new row and leaver her sitting all alone.” They invented fake physical relationships she could have had with boys and teased her about them, leaving notes about it on classroom whiteboards for others to find. They even harassed her outside of church, calling her to borrow equipment for a party she wasn’t invited to, and later, calling again to say how glad they were that she wasn’t at the gathering with them.

Advice from leaders “not to let them get to you” and to “just ignore it,” even to try and serve them in an attempt to foster love and understanding, all failed. And eventually, it led Wells’s daughter to the rooftop.

Luckily, Wells was able to talk her daughter down from the roof, but from there, she didn’t know where to turn. Church is supposed to be a safe place where we love one another—which is why encountering bullying in the ward is often bewildering to parents of bullied children. We don’t want to force our children into a situation where they are mocked, belittled, and humiliated, but we want them to go to Sunday School and Seminary.

Wells eventually had her daughter attend a different ward in a different stake to escape her tormentors. But not everyone is able to do so. Here are 8 pieces of advice from the experts about how to recognize, prevent, and correct bullying in a church environment:

1.Know what to look for at church.  Clark Burbidge, author of the youth help series Giants in the Land, shares that bullying in church isn’t necessarily different from bullying in other environments. "However," he says, “due to the more positive, value-based, and supportive overall environment of a church setting, bullying can play out in more subtle ways. We can see it in exclusive or cliquish behavior. These can also include hurtful or devaluing statements.”

2. Know what to look for at church-sponsored activities. Another type of bullying in a church environment comes in the form of “pranks,” which are often a part of scout camps and young women camps. Now an advocate against bullying, Wells reasons, “They’ve got to have fun out there, right? There has to be some sort of an outlet. Locking a girl in a latrine at girl’s camp, that’s okay. It’s kind of funny. She’s stuck in a smelly latrine and can’t get out until somebody comes and lets her out.” But, she says, “It’s not funny.” How someone experiences a “harmless” prank can emotionally affect them for the rest of their life.

3. Start in the home. The best way to stop bullying is to cut it off before the behavior starts. This begins at a grassroots level in our homes. “There is no better way to prevent or change an environment that results in bullying than for every family to do the daily, weekly, and monthly things that form a foundation of a loving, faith-filled home and family environment,” says Burbidge.

4.Work in the ward. On a ward level, we can work on adjusting our culture, says licensed family therapist Dr. Jonathan Swinton. He recommends “celebrating diversity and differences, not being judgmental, and feeling love for all of God’s children.”

More specifically, he shares, “The more people appreciate the doctrines that God ‘hath made of one blood all nations of men for to dwell on the face of the earth’ (Acts 17:26), and that he ‘denieth none that come unto him, black and white, bond and free, male and female; … and all are alike unto God’ (2 Nephi 26:33), the behavior will more easily follow.

"Just teaching kids to be nice will not be sufficient if they don’t really view everyone as their brothers and sisters. If they really do understand that it is their brother or sister they are doing this to, they can better show love for anyone that is different.”

5. Involve parents. “There are things the bishop and young women leaders and young men leaders can do,” Wells shares. “They need to inform the parents that it’s going on, that their child is bullying other kids, excluding other kids, or socially attacking them, especially at church activities.”

As part of resolving cases of bullying, Burbidge exhorts church leaders to respond to these situations “in a way that both supports and protects the person targeted, as well as responds in a loving but correcting way to the person responsible for the bullying. This can include counseling with both parties and their parents to provide the positive reinforcement and guidance so that alternative behaviors may be developed and replace the destructive ones.”

7. Create consequences. Wells shares one example of what leaders can tell parents of bullies: “We want your son, we want your daughter to be there, but if they act this way, we’re going to send them home. Or we’ll invite you to be a part of the activity with them so you can keep your child under control.” This behavior-consequence relationship is similar to what parents use with younger children and creates accountability for inappropriate actions.

8. Seek help. In any case where bullying takes place, even if it is later corrected, the best advice Swinton gives to parents of bullied children is, “Get your kids help sooner. Far too often people come to my office years after bullying and have never gotten past it. Once it starts, get your child some help from a qualified professional that can help the child feel secure with themselves so that the bullying doesn’t create a long-term hold on their identity.”

The sad truth about bullying at church is that it’s more common than we think. Whether it’s one group of members ignoring another or more obvious forms of harassment, most of us know someone who struggles to feel welcome and to make friends at church.

So what can we do to stop this unfortunate epidemic? We can teach our children charity, the pure love of Christ for each of our brothers and sisters here on earth. We can watch for the warning signs. We can help those who are struggling. And we can each be an example of tolerance and kindness for others to follow as we strive to become like Zion: a people of one heart and one mind, with no poor (or poorly treated) among us.

Have you had an experience with bullying at church? What did you do to resolve the problem? Share your advice in the comments below.